Are the kids all right? Ask them when they're adults. 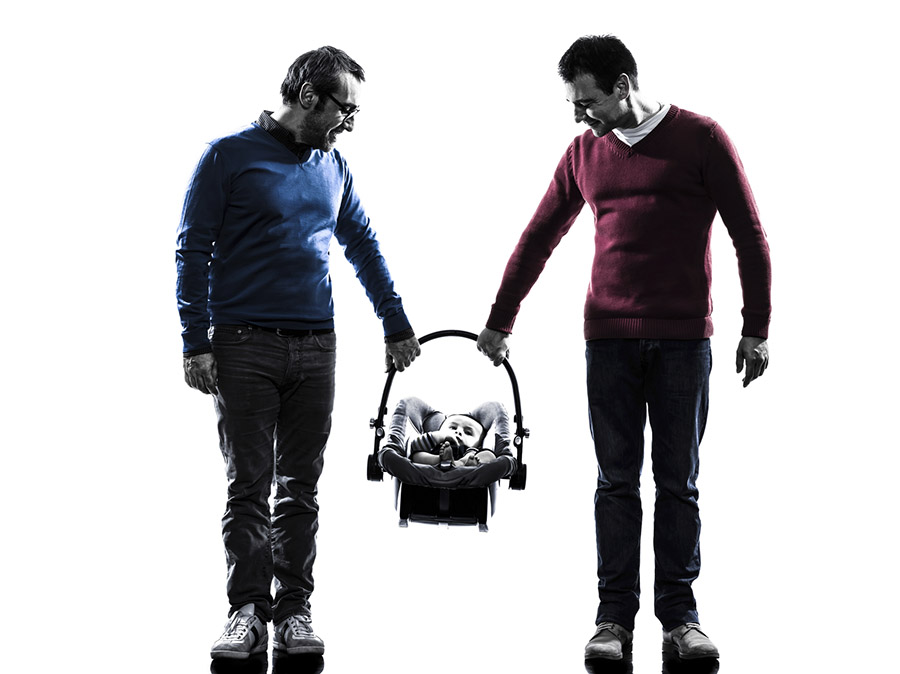 Are the kids really all right? The popular 2010 movie about a lesbian couple and their teenage children conceived by artificial insemination suggested that they were, and that the ups and downs of a lesbian family were just like those in a normal heterosexual family. There was nothing unusual about the type of behavior the kids displayed or the mental states that went with it.

Many academic studies of same-sex families have arrived at the same conclusion. A new study finds that children with same-sex parents even had a slightly lower rate of depression in their mid-teens than their peers in general. But that, unfortunately, is the sole nugget of good news for the “no differences” theory in this study: By the age of 28 the same individuals were more than twice as likely (2.25 times) to suffer depression as the general run of their peers.

Why? Were there earlier experiences that could explain later onset depression? No one had previously examined this relationship, says sociologist Paul Sullins of the Catholic University of America. “My new study tests whether this inattention is supportable.”

The new study, “Invisible Victims: Delayed Onset Depression Among Adults with Same-Sex Parents,” published in the journal Depression Research and Treatment, is the first study to follow a cohort of such children into adulthood. It shows that, as teenagers, and despite being no more depressed than their peers, these young adults reported much higher rates of anxiety and suicidal thoughts.

In addition, higher proportions of them were obese, felt distant from one or both parents, experienced parental abuse and felt stigmatized. All these things could be risk factors for depression, and all need further explaining.

But first, who were these young people? Where did the data come from? As other researchers have done, Sullins went to the largest, most representative database of its kind, the US National Survey of Adolescent to Adult Health (Add Health), analyzing information from four waves of the survey conducted between 1995 and 2008.

Add Health initially interviewed 20,745 13- to 19-year-olds and their mothers selected from a sample of US high schools. By Wave IV, in 2008, the cohort had reduced to 15,701. When Sullins came to do his study, missing data or lack of relevant data reduced the usable sample to between 12,288 and 8,762, depending on what he wanted to measure.

Still, among those thousands of adolescents he could confidently identify only 20 with same-sex parents — 17 lesbian partners and three gay male partners. This is an occupational hazard for same-sex parenting researchers: representative population data yields only very small samples. The adults in this instance (and typically) were much more highly educated than the general population but had lower income. Of the children, 72 percent were girls, and 80 percent were white.

Such a small sample means that his findings have to be interpreted with caution, says Sullins, but they should not “be dismissed out of hand on preconceived ideological grounds.”

How, then, can the surge in depression among the group in young adulthood — from 18 percent to 51 percent (while among children with opposite-sex parents it dropped from 22 percent to 20 percent) be explained?

Sullins points to three things that were much more prominent among the same-sex parented group and could help account for depression: suicidal thoughts, missing a parent and obesity. Suicidal thoughts: Both as teenagers and adults they had about three times the risk of suicidal thoughts compared to their man-woman parented peers, although this dropped back for both groups as adults.

Parental distance: The feeling of distance from a parent was much more common at both life stages, even though the children of opposite-sex parents increased their “distance” in adulthood while the other group decreased it. More of the adolescents with lesbian parents reported feeling close or very close to their mother, while less than half reported feeling close to their father, compared to the case for the comparison group.

Lack of a relationship with the excluded biological parent was a cause of distress, suggests Sullins, that boosted depression after they left home — in their teens, as the girls typically did — to cohabit with a (male) partner. Absence of a father during adolescence has been associated in many studies with negative outcomes, including depression.

And although as adolescents they reported closeness to their mothers, 90 percent (at Wave III) of young adults with same-sex parents also reported childhood abuse by their parents (85 percent at Wave IV). However, from types of abuse ranging from forced sexual activity and hitting to verbal and emotional Sullins says that 80 percent of it was in the latter category.

Obesity: Obesity surged among both groups but the differences became significant over time, with 31 percent obesity among young adult children of opposite-sex parents compared with 72 percent of those from same-sex households. This could have contributed to perceptions of social stigma, which was also prevalent in the group from same-sex households compared with other young people (nearly 37 percent compared with 7 percent). Both obesity and stigma have known associations with depression.

Sullins comments on the importance of this study:

First, this study makes clear that some of the problems children have with same-sex parents do not appear until they are in early adulthood. Just like, for many people, what they internalized about family roles from their childhood family does not appear or become important until they themselves are married, and try to do things like their parents did. Though they may look the same at age 15, by age 28 the children raised by same-sex parents are much more likely to be depressed, obese, isolated from their parents and lacking a stable intimate relationship. So it is not enough just to look at whether the children are “no different” as children, we have to look at how they turn out in adulthood. This is often true for children who have been abused in some way; the full harm of the abuse does not appear until they are somewhat older.

Second, this study confirms my earlier study which suggests that having two parents of the same sex conveys difficulties to their children related to the unavoidable fact that the child does not experience the care of both a man and a woman. In both studies, so far as we can tell, the same-sex parents are as warm, caring and loving as any other sets of parents, and are probably good parents as individuals, but they cannot supply for the child the emotional or psychological benefits of the missing father (if lesbian parents) or mother (if gay male parents).

Third, this study is important for a technical reason. It re-analyzes the data from what is often cited as the strongest study showing “no differences” (the Wainright and Patterson 2004 study cited in my article), correcting errors in their sample (which mistakenly included a majority of heterosexual parent couples) showing that, when the sample is properly specified and children are followed into early adulthood, important negative differences emerge.

It is by no means clear that children being raised in same-sex household are doing just as well as those raised by their mum and dad.