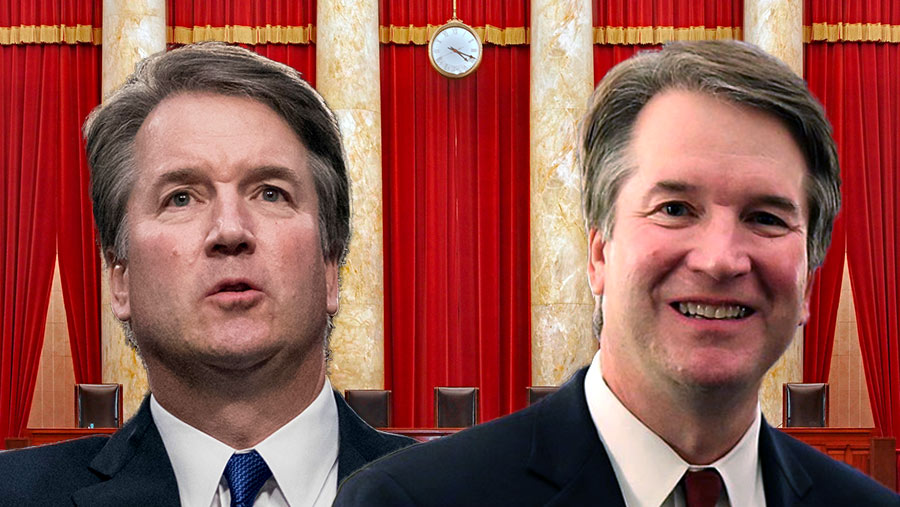 Christine Blasey Ford has identified four people at the party where she claims she was accosted by Brett Kavanaugh. Now all four have stated — for the official record, where it’s a felony to be untruthful — they have absolutely no memory of there ever being such a party.

The fourth to undermine Ford’s claim is her former female classmate and lifelong friend, Leland Ingham Keyser. (And, before you ask, she’s no conservative. As The Weekly Standard noted, she’s the ex-wife of famed liberal commentator Bob Beckel and is executive producer of his podcast.)

If this process had a whiff of integrity, that would be game, set, match.

Meanwhile, a second accuser has come forward. This time about an alleged incident at a Yale party. She admits being wasted and never considered Kavanaugh the guy who flashed his private parts until last week … and a week of talking to her lawyers. However, the people she mentions being at that party — including those who know both Kavanaugh and the woman — all deny the story. Kavanaugh calls it a “smear.”

If Democrats had a whiff of shame, their heads would hang lower than a caterpillar’s necktie.

Consider the fourth witness named by Ford. Read her lawyer’s statement to the Senate Judicial Committee.

“Simply put, Ms. Keyser does not know Mr. Kavanaugh and she has no recollection of ever being at a party or gathering where he was present, with, or without, Dr. Ford.”

Every single person Ford claims was there has zero memory of the party ever happening. None. Nada.

To refresh, Kavanaugh vehemently denies ever being at such a party or acting in any way as Ford alleges. Classmate Mark Judge has no memory of such a party, nor did he ever see Kavanaugh mistreat a woman. Peter “PJ” Smythe also has no knowledge of this party and certainly never saw Kavanaugh act inappropriately toward a woman.

Ford’s lawyers (aka “Democratic Activists) have their defense ready. They say it’s “understandable” Keyser wouldn’t remember the party since Ford didn’t tell her about the incident and it was over 30 years ago. (Keyser herself reportedly told the Post she believes her lifelong friend. Which you’d hope a friend would say, at least publicly. Curiously, Keyser didn’t include that in her official statement, so we’ll leave that aside for now.)

This is Snake News. The abuse and misuse of information in order to destroy or deceive.

Notice again, how convenient Ford’s response is. Keyser’s cited as a witness, but didn’t witness anything. But her lack of memory is “understandable.” Just as convenient as Ford not being able to remember any of the details that would allow Kavanaugh to prove his innocence.

Kimberly Strassel of the Wall Street Journal smells a rat. She has obtained an email The Washington Post sent to Mark Judge a week ago. In the email the WaPo indicated they knew Keyser’s name. In the WaPo update Saturday night, they say Ford told them “before Keyser’s name became public” that she may not remember the night.

So the Washington Post ran its story and interview about Ford knowing full well Ford had named Keyser and that Keyser was unable to back up her story the slightest. Kind of an important detail, you think? Wouldn’t an honest report state that the fourth person Ford named would also deny any knowledge of Kavanaugh or the party?

Further proof? Ford told her therapist there were four boys at the party. That has now changed to three boys and a girl. And the Post knew that. But the image of four young men at a party with a 15-year old is much more useful than three guys and two girls. (To say nothing of how a changing narrative puts in play its credibility.)

This is Snake News. The abuse and misuse of information in order to destroy or deceive.

Similar to the Post pushing the all-boy narrative is Ford’s lawyers insisting she only be questioned by the senators on the committee. All the Republicans on the committee are men. This creates the theater of a bunch of men challenging an alleged female victim.

It looks like Ford has given up her request to have Kavanaugh testify first. You want proof the Democrats are jerking America around? Have no interest in truth or fairness? They didn’t laugh hysterically at the request in the first place.

As The Stream‘s Rachel Alexander noted, in the questions she’d have for Ford at Thursday’s hearing:

But perhaps that’s the point. Knowing the FBI won’t investigate allows the Democrats to use a “lack” of investigation as a further weapon after Kavanaugh is confirmed.

The Soros-funded protesters and the women in Handmaiden’s costumes was only the first act of the Theater of the Grotesque. When the audience didn’t react, when Kavanaugh was hours from advancing to the High Court, they threw out this second act. An act produced by Soros and a team of progressive activists, staged by Schumer and Feinstein, advertised by the mainstream media … with a script inspired by Sen. McCarthy, seasoned with Saul Alinsky and stolen from Kafka.

It must end. For the good of the country.

Unfortunately it won’t. An “open” hearing comes Thursday morning. We must weep and pray for the nation.

Judge Kavanaugh Update: The Real and the Fake

The Judge and the Professor: Kavanaugh Accuser Comes Forward

Shame on You, Diane Feinstein! The Smearing of Judge Kavanaugh