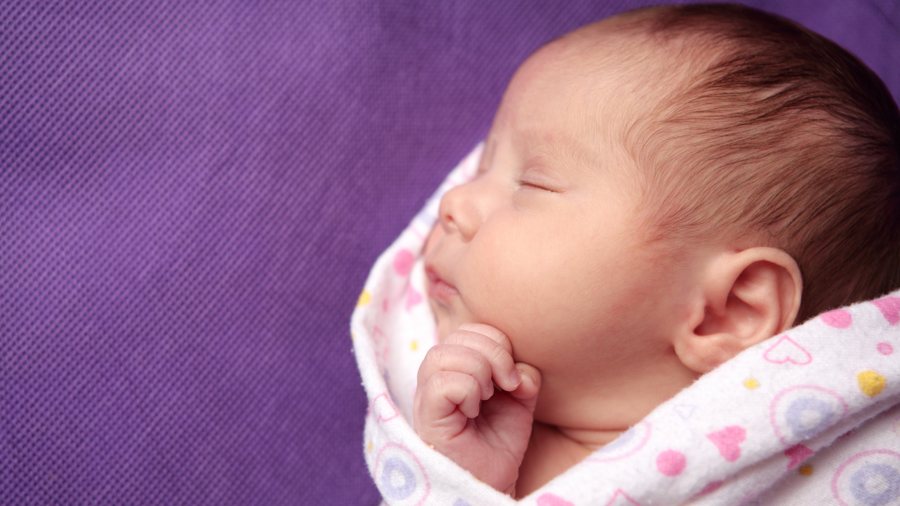 OVERLAND PARK, Kansas — The voters of Kansas have decided: Their state constitution does provide a right to abortion.

“I think we just need everyone who was engaged with this to stay engaged and we can show that we can do great things,” Sykes said as a pro-abortion crowd celebrated at a watch party in Overland Park, just over 60 miles east of the state capital of Topeka.

Kansans cast votes during Tuesday’s primary election on the pro-life Value Them Both amendment, which stated that the Kansas Constitution doesn’t include a right to abortion, nor is the state government required to fund abortion.

Abortion currently is legal in Kansas up to 22 weeks of pregnancy. The failure of the pro-life amendment does not immediately change state abortion law.

“My daughter had three miscarriages, and we value children,” Carolyn Dewey, 76, told The Daily Signal after casting her vote for the pro-life amendment at Blue River Elementary School in Overland Park.

Despite temperatures in the 90s, Kansans flocked to the polls to decide a variety of races, yielding what was expected to be the largest turnout for a primary election in years, KMBC Kansas reported.

By Monday, 271,438 ballots already had been cast, a significant increase in early voting from the 2018 midterm primary, when 89,449 Kansans voted early.

Outside Johnson County Library-Blue Valley in Overland Park, Laurie Callender, 55, told The Daily Signal that she wasn’t confident that a majority of Kansans would vote to “value women’s reproductive rights, just because it’s such a conservative state.”

Callender said she voted no on the abortion amendment because her two young daughters “should have rights over their own body autonomy and shouldn’t be told what they can and can’t do with their bodies.”

The ballot question in Kansas provided the first opportunity for Americans to weigh in at the ballot box on the issue of abortion since the Supreme Court on June 24 overturned Roe v. Wade, the 1973 decision legalizing abortion on demand in the United States. Five of the nine justices decided that, contrary to Roe, the U.S. Constitution doesn’t contain a right to abortion.

In Kansas, the vote on the amendment came as a response in large part to the 2019 Kansas Supreme Court ruling in a case known as Hodes & Nauser v. Schmidt, which found that the state constitution gave women the right to decide “whether to continue a pregnancy.”

Pro-life activists with the Value Them Both coalition gathered Tuesday night in Overland Park to watch election results roll in. The large event room was buzzing with chatter as attendees enjoyed appetizers and drinks while awaiting returns.

“We do not want to be that destination state for abortion,” Baumgardner said, noting that about 50 pro-life pregnancy centers in Kansas are prepared to help women facing challenging or unplanned pregnancies.

The issue of abortion is personal to many who watched the results roll in, among them Danette Searle, 63.

Searle said that when she was 23, she learned she was pregnant with her third child. Her husband told her he did not want another child and took her to a Planned Parenthood in Kansas to have an abortion.

Searle remembers that workers at the abortion clinic compared the tiny baby in her womb to a feather. She experienced medical complications and had to have another procedure at Planned Parenthood a week later to remove the remains of the baby that were missed during the abortion.

Looking back on her abortion, which occurred in 1983, Searle said she experienced “a lot of pressure … to get it done with and get moving.”

Searle was told that “once you get past this, everything’s fine,” she recalled. “Not in the long term.”

Searle says she voted for the Value Them Both amendment “for the safety of women.”

If voters had approved it, the Value Them Both amendment would have allowed for greater regulation of abortion in Kansas, something that Baumgarden says is necessary.

The abortion industry in Kansas “has never self-regulated,” the state senator said.

The failure of the amendment will lead to Kansans seeing “the outcome of an unregulated abortion industry,” Melissa Ohden, founder and CEO of the Abortion Survivors Network, said late Tuesday night.

“Time will tell how many are going to be hurt by this industry,” Ohden said.

Now that Kansans have voted down the Value Them Both amendment, she said, “our presence on the sidewalk, our work in the pregnancy centers, meeting those needs, it’s more important than ever.”

Voters in Vermont, California and Kentucky will have the opportunity to vote on abortion law in their own states during the midterm elections in November.

“Women have got to have the right to take of their own bodies and make their own decisions,” Diane Collins, 61, a volunteer with the group, said over shouts and cheers as news broke that the amendment had failed.

Votes are in on the Kansas Value Them Both amendment. The pro-life amendment did not pass. Take a look at the reaction from the pro-abortion watch party in Overland Park, Kansas. pic.twitter.com/VcHIbQxnPB

According to WIBW Topeka Kansas, the Value Them Both campaign raised $4.7 million since the beginning of the year. Kansans for Constitutional Freedom is reported to have raised $6.5 million since January.

The abortion industry is going to “continue to make Kansas a destination for extreme abortions,” Peter Northcott, executive director of Kansans for Life, said from the stage at the pro-life watch party after it was clear that the amendment had failed.

No matter what is next, Northcott added, the pro-life movement “will still be here.”

That movement has “endured so much over the past 50 years,” he said. “This setback is not going to stop us. Our resolve has never been stronger than at this very moment.”