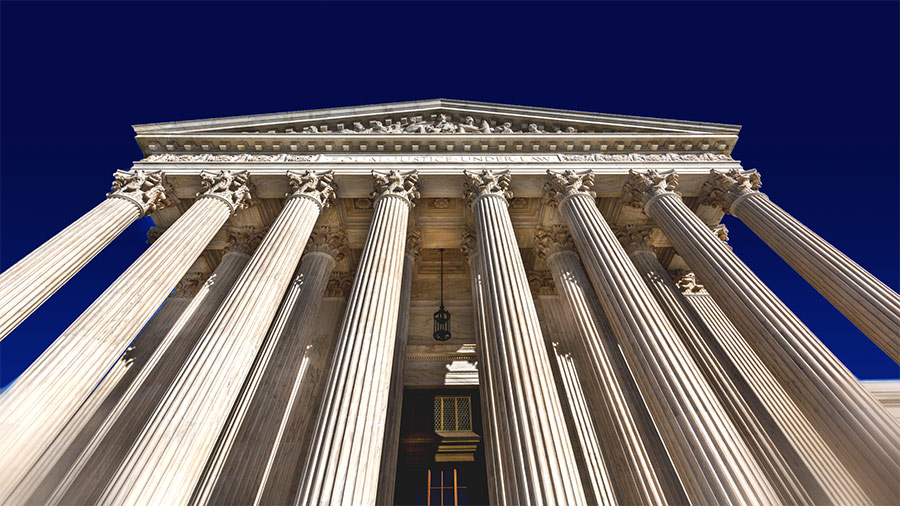 The Supreme Court will return from its summer hiatus Monday to begin an election year term heavy on politically salient disputes.

The high court’s docket for the coming months is a genuine gauntlet of highly polarizing disputes that could make the relative comity of its previous term impossible to replicate.

Gay Rights in the Workplace

As of this writing, less than half the states have laws banning employment discrimination based on sexual orientation and gender identity. Federal legislation called the Equality Act that would impose a single, nationwide regime banning discrimination against LGBT workers passed the House of Representatives in May but stalled in the Senate due to concerns about religious liberty.

The Supreme Court will hear arguments Tuesday as to whether existing civil rights laws cover gay and transgender employees. Title VII of the 1964 Civil Rights Act bars employers from discriminating on the basis of sex, among other characteristics. Sexual orientation and gender identity are not specifically enumerated categories; however, two federal courts have held that Title VII’s ban on sex discrimination covers gay employees, and a third held it covers transgender workers.

Opponents of that view, including the Trump administration, say that comparison is “logically flawed.” Instead, the administration argues the relevant comparison “is between a female employee in a same-sex relationship and a male employee in a same-sex relationship; they would be similarly situated — and they would be treated the same.”

Gay rights advocates further say what they call anti-LGBT discrimination encompasses the kind of sex-based stereotypes and associational discrimination the high court has already condemned. The government and its allies counter that the ordinary meaning of “sex” does not reach sexual orientation and that subsequent statutes have banned discrimination based on both “sex” and “sex discrimination,” suggesting the former does not encompass the latter.

The arguments over transgender status and Title VII are largely similar.

The disputes produced an unusual split within the federal government. The agency that enforces Title VII, the Equal Employment Opportunity Commission, has held that Title VII encompasses gay and transgender employees. Yet the Department of Justice is arguing against that proposition in the Supreme Court.

The campaign for LGBT rights advanced through the courts at a striking clip. Yet the era of judicial patronage for gay rights may have reached its zenith. The Supreme Court struck down laws beginning in 1996 that withheld protected status from gays and lesbians, banned sodomy, and restricted marriage to men and women only. Retired Justice Anthony Kennedy wrote the majority opinion in all those cases and generally provided the decisive vote for LGBT interests on the high court.

After a puzzling months-long delay, the court announced on the final day of its last term in June that it would decide whether President Donald Trump can terminate DACA, an Obama-era amnesty initiative that extends temporary legal status to 700,000 foreign nationals who came to the U.S. as children.

Federal trial courts across the country issued injunctions barring the administration from ending the program. As with last term’s dispute over a citizenship question on the 2020 census form, those judges said that the government’s explanation for the move is inadequate. Unlike the census case, however, no one questions Trump’s fundamental power to end DACA. At its inception, DACA was a discretionary executive branch initiative, and the executive branch may choose to end it at any time.

The Justice Department told the high court in legal filings the DACA injunctions require “the government to preserve a policy that affirmatively sanctions the ongoing violation of federal law by 700,000 aliens who have no lawful immigration status and no right to the policy’s continuation.”

The stakes are high — the justices could go as far as declaring that DACA is itself unlawful, meaning a future president could not simply reinstate it after Trump leaves office. The court will hear the DACA case on Nov. 12.

A relatively narrow dispute over New York City’s gun transportation regulations that the court will hear in December took on greater significance in August, when five Democratic senators filed an amicus (or “friend of the court”) brief that urged the justices to dismiss the case on technical grounds. The lawmakers accused the court’s Republican appointees of engineering partisan victories for conservative political interests and warned that a victory for gun rights would inflame the left-wing court-packing push.

As such, the dispute is as much about the court’s response to political strong-arming as it is the Second Amendment.

New York City’s gun transportation rules forbade licensed gun owners from carrying their firearms beyond city limits. It further provided that guns could only be transported to one of seven authorized gun ranges. Plaintiffs who wish to take their guns to vacation homes and shooting competitions outside the five boroughs challenged the ordinance but lost before a trial judge and the 2nd U.S. Circuit Court of Appeals.

Once the Supreme Court decided to hear the case, the city quickly amended its regulation and asked the justices to dismiss the case as moot, saying they had given the plaintiffs everything they sought in court. The Democratic amicus brief urged the court to follow that course. The plaintiffs counter that the city could revert to its original rules at any time and that the 2nd Circuit’s decision would remain good law unless the high court reverses.

The case is the first Second Amendment issue the court has taken up since 2010. Though the stakes are rather low, the case is nonetheless important, as the justices could use it as an opportunity to set standards for judging other gun rights issues like concealed carry. The court will hear arguments in the case on Dec. 2.

The high court announced Friday that it would hear its first abortion dispute since Justice Brett Kavanaugh’s confirmation in 2018. The case involves a Louisiana law, called Act 620, requiring that physicians who perform abortions have admitting privileges at local hospitals. The regulation is similar to a Texas law the Supreme Court struck down in a 2016 decision called Whole Woman’s Health v. Hellerstedt.

For more from The Stream on the Supreme Court’s upcoming abortion case, see Josh Shepherd’s Supreme Court to Decide Major Pro-Life Case in 2020.

Given the similarities between the Louisiana and Texas laws, the case could foretell how the conservative justices will approach abortion precedents. The justices briefly encountered the dispute in February, after the 5th U.S. Circuit Court of Appeals said Act 620 could take effect. Abortion providers then filed an emergency petition at the high court, asking the justices to block enforcement of the law while litigation continued.

The court agreed on a 5-4 vote, with Chief Justice John Roberts joining the four liberals to grant the request. The chief’s move was somewhat surprising, as he voted with the dissenters in the 2016 Texas case.

The decision will turn on whether Act 620 imposes an “undue burden” on abortion access in Louisiana. The providers say three of Louisiana’s four remaining abortion doctors are not able to obtain admitting privileges. By their telling, if Act 620 takes effect, there will be one abortion doctor in the entire state.

Kavanaugh questioned that assertion in a short dissent from the court’s February decision. He said there were “factual uncertainties” as to whether the Louisiana physicians are able to comply with Act 620. The 5th U.S. Circuit Court of Appeals went further and said the providers had not made good faith efforts to obtain admitting privileges.

Arguments in the case have not yet been scheduled.

The court’s docket is sure to drag the justices into the political thicket ahead of the 2020 election, yet a task more unpleasant may await the chief justice.

The chief justice’s substantive responsibilities as presiding officer are quite few. Former Chief Justice William Rehnquist quoted the opera “Iolanthe” when asked about his experience of former President Bill Clinton’s impeachment trial in 1999. “I did nothing in particular and did it very well,” he said.

Still, the experience would be an unwelcome distraction from official business, most especially since Congress’s sharper edges could prove irritating for a chief justice known to prize etiquette and good form.