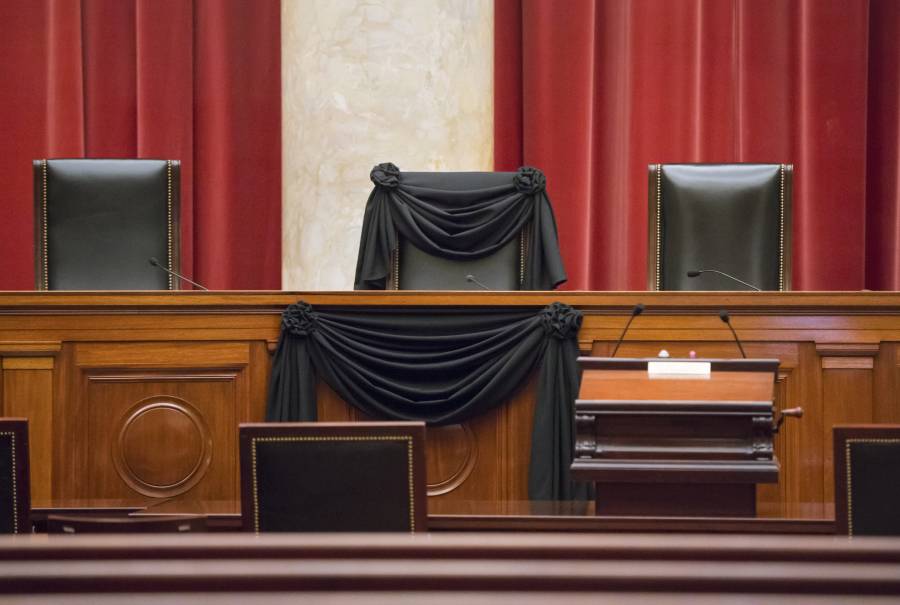 Supreme Court Justice Antonin Scalia's courtroom chair is draped in black to mark his death as part of a tradition that dates to the 19th century, Tuesday, Feb. 16, 2016, at the Supreme Court in Washington. Scalia died Saturday at age 79. He joined the court in 1986 and was its longest-serving justice.

This article is available to read at the Associated Press Archive Link here: http://www.apnewsarchive.com/2016/Justice-Antonin-Scalia-s-courtroom-chair-has-been-draped-in-black-to-mark-his-death-as-part-of-a-Supreme-Court-tradition-that-dates-to-the-19th-century/id-82564785e12c4eb9a7acbab965d05cba

2 US Service Members, 2 US Civilians Killed in Syrian Blast