Junipero Serra and the Example of History 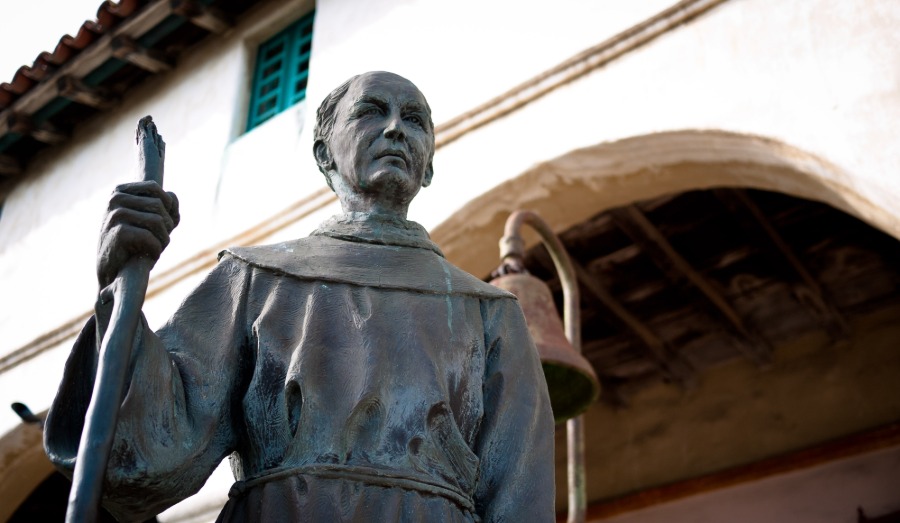 “Here is the truth … From us there is nothing except ingratitude.” Those words come from a sermon from Saint Junipero Serra, founder of the California missions. Statues of Serra are currently being expunged from the state. Watching the scenes around the Golden State and the country, I’m thinking he was a prophet. The ingratitude seems to capture what we’re watching, as a stubborn, violent ignorance seems to reign as the likes of Serra, Abraham Lincoln and even Jesus himself are being targeted.

Statues, buildings and businesses, of course, are not the most important things. Churches aren’t, either, for that matter. But I’m still worried about where we’re heading.

Junipero Serra lived at a cruel time. But he loved and advocated for the people he served, in a way that went against the prevailing views and standards of his time. And every time I read another story about a confrontation at one of his statues, I can’t help but think: What if we stopped and tried to learn from the man, instead of doubling down on our ignorance?

There are only four sermons from Serra that still exist, and in one he talks about our ingratitude, as previously mentioned (translated by Rose Marie Beebe, a professor at Santa Clara University).

“Remember this in your heart, you transgressors. … It is completely clothed in earthly emotions, and it is full of impatience, anger and other faults.” But there is hope, he reminds us! “(T)he same heart also contains the opposite.” We are a mix of earthly and heavenly concerns, and God invites us to become more and more of the heavenly.

Like many of us, I get frustrated listening to some of the words being hurled at police and others trying to do their jobs, while also being overwhelmed by some of the righteous anger that so many hold in their hearts, at the obvious pain of those suffering from so many injustices. These words from Serra remind me that there is a goodness in man and that the possibilities are infinite, as frustrated as we may get at ourselves and others.

When you read Serra, he talks about the tenderness of God. At times, he could be preaching to the crowds on our streets today as well as to those of us watching on cable news. “Remember this in your heart, and there you will find the Lord, who was knocking on the door and calling: I will speak to his heart. I beg you to let Him in. Do this simply because, in His infinite mercy, He loves you. Remember this in your heart. Because if you know how to taste the sweet voices of the Lord, you will assure yourself of a more rational life and you will resist the voices with which your enemy wants to corrupt you over and over again.”

Isolated From the Big Picture

One of my fears about these past months is that we have become more isolated from the big picture — the opportunity to see things from a vantage point of more than what’s on the news right now. There are lessons to be learned about who we are and who we are meant to be in some of the history that is being targeted by vandals. Even some of the statues the mobs are targeting oddly give me some confidence. Somewhere in our hearts, we know what we want and need. We’re drawn to the good, even if we make a mess of it sometimes when we get there. We eradicate evil, one choice at a time, by love, not by expunging memory. We want to heal, not to live a lie.