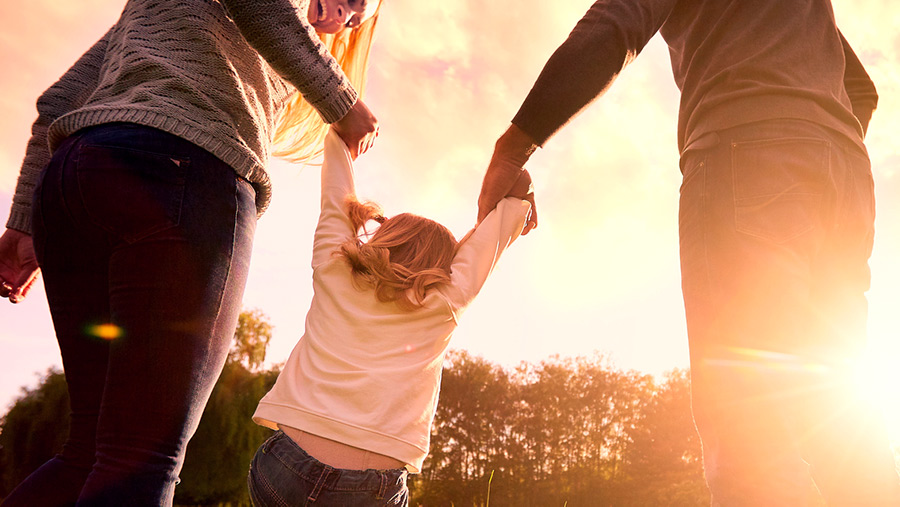 “Gunshots and sirens were my lullaby.” — Shamber Flore, foster child.

She was just five years old, but Shamber Flore still remembers that life. She understood gangs, sex, drugs, and violence “before most kids learn their ABCs.” Her earliest memories are waiting for her prostitute mom to come find her after meeting up with strange men. When her dad bothered to show up, he only added to the abuse. “My two siblings and I were just the byproducts of their rocky relationship,” she explains, “and so we were burdens. We were dragged from apartment to apartment, never knowing what the next day would bring or what the next meal would be. Until one day, a knock on the door changed my life. It was Michigan’s Child Protective Services.”

The next several months were a blur. Shamber was bounced around from family to family, devastated every time she had to pack her bags. That all changed when an adoption agency called St. Vincent Catholic Charities got involved and went to work finding her a home where she belonged. Fourteen years ago, she and her brother and sister found a forever family with the Flores. They adopted Shamber, and for the first time, she knew love, acceptance, and healing.

Today, Shamber is 20 years old. In a state where 13,000 kids sit in foster care, she knows she was fortunate. But she also knows that if it weren’t for St. Vincent, she might have ended up just like her mom. In 2017, St. Vincent “recruited more new adoptive families than nearly 90 percent of the other agencies in its service area.” And yet, they were still targeted, simply because of their beliefs about marriage.

To Shamber, the idea that someone would try to shut the agency down because it happens to operate with a Christian worldview horrified her. When the ACLU and Michigan Attorney General Dana Nessel (D) went to court to close down the agency, she and her parents decided to fight — not just for St. Vincent, but for the thousands of kids trapped in foster homes like she was. Lining up against Nessel wasn’t going to be easy. The Democrat had been adamant if she were elected in 2018, she wouldn’t lift a finger to defend the state’s law protecting faith-based groups. Nessel argued its only purpose was “discriminatory animus” and the people who supported it, she said on the campaign trail, were “hate-mongers.”

Well, if siding with the First Amendment makes you a hate-monger, then she’ll have to add Grand Rapids federal judge Robert Jonker to the list. Because this week, in a monumental victory for St. Vincent and children all across the state, he refused to let Nessel put her radical personal agenda ahead of the well-being of kids like Shamber.

“This case is not about whether same-sex couples can be great parents…” Judge Jonker was quick to point out. “What this case is about is whether St. Vincent may continue to do this work and still profess and promote the traditional Catholic belief that marriage as ordained by God is for one man and one woman.” Under this attorney general’s “current interpretation of Michigan law…” he went on, “the state’s real goal is not to promote non-discriminatory child placements, but to stamp out St. Vincent’s religious belief and replace it with the state’s own.”

“It would also flout the letter and stated intention of the Michigan Legislature in 2015,” when it passed the religious liberty law that FRC supported. “It would replace this,” Judge Jonker pointed out, “with a state-orthodoxy test that prevents Catholic believers from participating.” In light of all of that, the George W. Bush appointee sided with St. Vincent. For the Flores and co-plaintiffs Chad and Melissa Buck — who’ve adopted five children through St. Vincent — the news was cause for celebration. The Bucks, who got a shout-out from the president at this year’s National Prayer Breakfast, have a compelling story of their own (watch their video below) that can now continue because of this ruling, their Becket attorneys, and the Trump administration’s commitment to religious freedom.

When the applause died down from introducing Chad and Melissa in February, the president made a point of saying, “We will always protect our country’s long and proud tradition of faith-based adoption. My administration,” he said, “is working to ensure that faith-based adoption agencies are able to help vulnerable children find their forever families while following their deeply-held beliefs.” The audience — in the room and watching by TV — cheered. And they continue to cheer with every judge, every rule, and every position this White House takes to give children like Shamber, and charities that care about them, a voice.

Tony Perkins’s Washington Update is written with the aid of FRC senior writers.