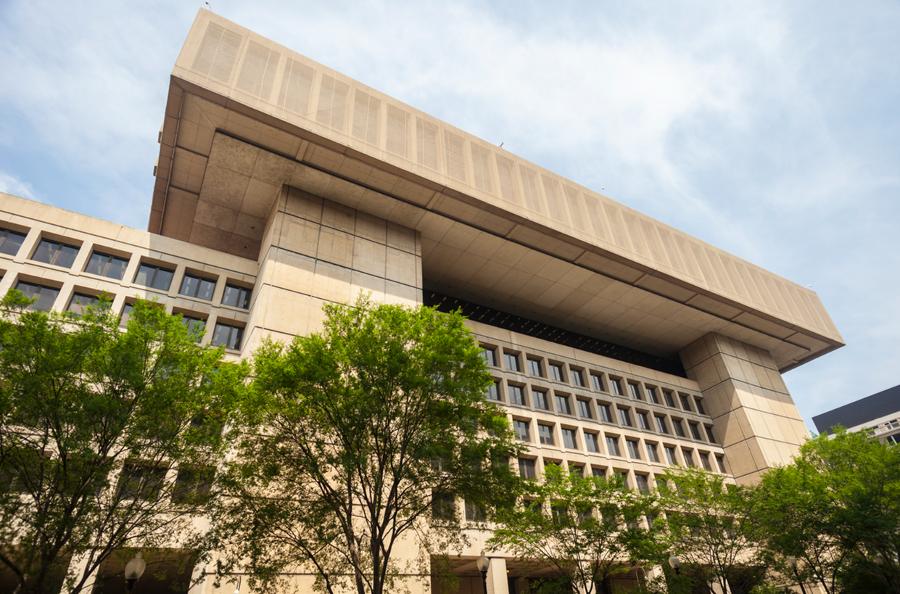 Much of what we see going on at the FBI is no longer a mystery. It’s more of a tragedy. We know what they’re up to, and it smells of dirty politics.

But there’s currently a mystery involving the FBI that’s a lot harder to figure out. Rolling Stone broke the story; we wanted to link to it but kept getting a screen saying the server was down. In case it’s back up, here’s that link.

Fortunately, other outlets have picked up the story. To summarize, on April 27 of this year, the FBI swept in and conducted a heavily-armed raid on the Arlington, Virginia, sixth-floor penthouse apartment of ABC producer and Emmy award-winning investigative journalist James Gordon Meek, who’d lived there for over a decade. It was hit-and-run style; agents reportedly took off quickly after they found what they wanted, not sticking around to answer any questions. (None of the stories we found had any information on where Meek was at the time of the raid.) Agents told Rolling Stone simply that this was a “court-authorized law enforcement activity.” Neighbors told the publication that ever since the raid, Meek has not been sighted and his apartment looks empty. The man seems to be missing.

A representative for ABC News was unhelpful to reporters, saying only that Meek “resigned very abruptly and hasn’t worked for us in months.” An unnamed co-worker said Meek had “dropped off the face of the Earth. And people asked, but no one knew the answer.”

Rolling Stone reported that classified information was found on Meek’s laptop, which the FBI apparently seized. But Meek’s attorney told The Independent that “if such documents exist…this would be within the scope of his long career as an independent journalist covering government wrongdoing. The allegations…are troubling for a different reason: They appear to come from a source inside the government.”

True. Who else would know that Meek’s laptop contained classified information?

“It is highly inappropriate, and illegal, for individuals in the government to leak information about an ongoing investigation,” the attorney said. “We hope that the [Department of Justice] promptly investigates the source of this leak.” I’m sure they’ll get right on that.

According to the New York Post, Meek sent his last tweet on April 27. It was just one word: “Facts,” along with a re-tweet of a cryptic post about the Russian invasion of Ukraine from “Marc Polymeropoulos,” saying, “Actually, it started a long time ago…we learned this between 2014-2022. Not just now. It was an 8-year lab experiment on Russian TTPs. On EW. On everything. This is why Ukrainians (with our advise/assist) r doing so well. Ask those in IC and UW communities. We learned a sh** ton.”

(NOTE: We looked it up — “TTP” likely refers to a rare, deadly blood clotting disorder. “EW” is electronic warfare, with directed electromagnetic energy. “IC,” of course, is the intel community. “UW” might refer to unconventional warfare.)

The Post reports that the search warrant on Meek’s apartment was approved by a federal magistrate judge (editorial aside: another magistrate!) in the Virginia Eastern District Court.

Meek’s Name Scrubbed From His Book

But here’s the kicker: Meek’s name and photo have been scrapped from the book and all press materials since the FBI raid. What the what?

Mann told Rolling Stone: “He contacted me in the spring and was really distraught, and told me that he had some serious personal issues going on and that he needed to withdraw from the project. As a guy who’s a combat veteran who has seen that kind of strain — I don’t know what it was — I honored it. And he went on his way, and I continued with the project.”

Kicker #2: As of a policy change last year, federal authorities are not supposed to seize a journalist’s records without getting permission from the U.S. deputy attorney general, the second-in-command at the DOJ? Do you recall who that is? It’s former Obama attorney Lisa Monaco, whom we have speculated is the real power at the ‘Justice’ Department.

Breitbart reports that as a journalist, Meek, 52, has broken “multiple high-profile stories about national security and terrorism.” So there’s no telling what he might have had on his laptop. Meek produced the Hulu documentary 3212 Un-Redacted, about a 2017 ambush by ISIS in Niger that left four Green Berets dead. “3212” refers to that Special Forces unit.

On Wednesday, FOX News’ Tucker Carlson did a brief segment on this story, with Trace Gallagher presenting the few facts we know and adding his personal perspective. He recalled from when he covered the story Green Berets story that after the four lost their lives, the Pentagon “kept giving the families of the fallen soldiers different versions of what happened.” He said that “the Pentagon finally blamed the Special Forces, for embarking on a rogue mission. Here’s that story as reported by the New York Post in 2018; they said the internal report “falls short” of actually blaming them, saying there was “no single point of failure.”

Meek was also part of the Emmy-award-winning team that produced a documentary about the 2016 Orlando nightclub massacre.

Gallagher said that another ABC journalist who helped with the Hulu documentary, “also inexplicably left the network a few months before James Meek disappeared.”

More as this strange story develops.

This is What Christian Persecution Looks Like in America