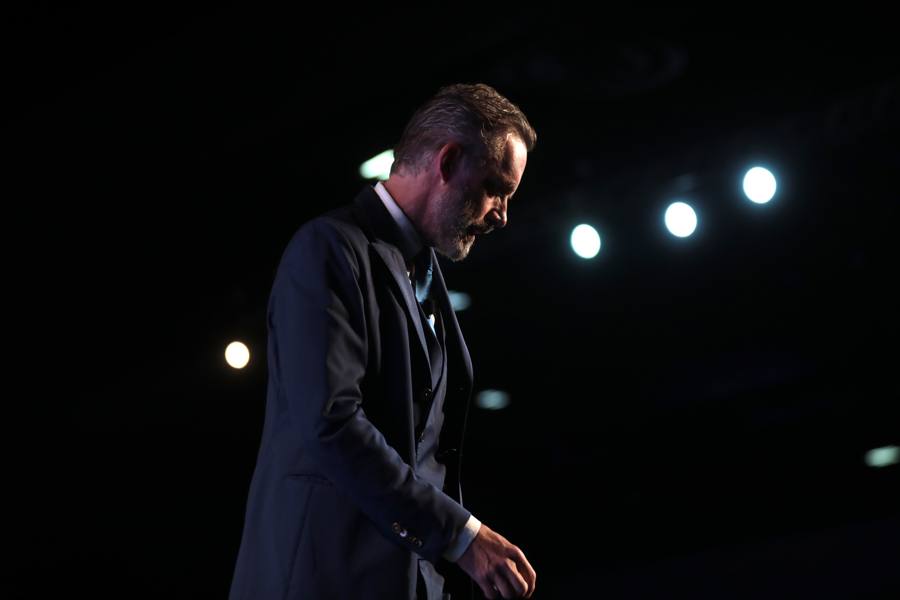 “The fear of the Lord prolongs life, but the years of the wicked will be shortened (Proverbs 10:27).

“The reward of humility and the fear of the Lord are riches, honor and life” (Proverbs 22:4)

That’s absolutely right. But what does it mean?

It took me decades as a Christian even to begin to understand the meaning of “the fear of God.” Jordan Peterson isn’t a believer, but I think he probably gets it better than I do. Better than just about any Christian I’ve ever heard trying to explain it. I hear their answers and forgive me, but I cringe. It usually comes out sappy, and often completely meaningless.

Does Anyone Know What ‘Fear of God’ Means?

“No it doesn’t mean you should be afraid of God,” they say. “It means you should ‘reverence’ Him.” Sorry, but that’s no help. Aside from that awkward verbing of a noun (which is the way people always seem to word it), that answer tells me nothing. It just substitutes one mysterious, undefined word for another. What does it mean to “reverence” God? Does it mean thinking He’s really special? Really important? No, that’s too small an answer by far. And I’m having trouble thinking when I’ve heard any better explanation, at least in casual conversations or even in small group studies. 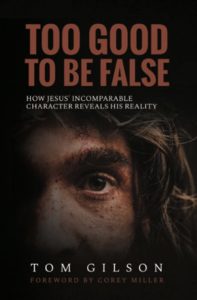 I think I have begun to understand. A little. (I think Peterson may understand it better.) My first touch with came during a period when I was spending much time contemplating how utterly different God is from us, and we are from Him. The chasm of that difference is unspeakably awesome, far beyond anything I could speak. My grasp on that fear grew even more while I was studying to write my book Too Good to Be False, and came face to with Jesus’ goodness as I’d never seen it before.

Nothing He did with His extraordinary powers was for Himself. All of it was an offering of love. And when He set aside His powers to suffer on the Cross, that became an offering of love greater than any other made by anyone, ever. So I see the the example He set. I see how far I fall short of it. And I find it utterly overwhelming. The blazing sun of His goodness reveals the dark of my not-goodness, and it’s honestly fearsome.

Peterson Knows the Fear of God

I have studied these things, and I have thought I was beginning to understand the fear of God. But then I saw Jordan Peterson agonizing with it. It’s gripping. It’s eloquent — especially when he is so overtaken by it, he has no words to say at all. So I urge you to watch this video, released January 29, 2022. If knowing the meaning of God requires knowing the fear of God, Peterson can teach you something.

Peterson Has Yet to Discover the Grace of God

He’s got that part right, and I commend him — admire him, even — for it. If only he knew the rest of it. I’m not so concerned about his apparent confusions over the place of church or religious practice in our lives. Such matters are small compared to his need to come to grips with the reality of Jesus’ love. The love that Jesus lived on earth, the same love that set a standard so high it literally frightens me, is also the same love he offers to Jordan Peterson. And to you, and to me. And by His love He draws us in where we could never come by any other means.

Peterson sees that God is great, and what he sees, he sees well; but he is seeing only half of it. He sees God’s power and his piercing omniscience, and you can literally see him quaking in view of it. He sees God’s goodness and wonders how a person would have to live if they really believed in it. What a great question that is! And what a troubling one. For there is no good answer; none from any human perspective or strength or power, that is. I hope Peterson does not remain stuck in searching for it there.

Because even though he has a certain grip on God’s greatness, he has not discovered the equally awesome greatness of God’s grace and love, love great enough to invite us into life with Him despite His utterly fearsome goodness. We have no standing there with Him, we who are so flawed, confused, conflicted, self-centered, rebellious. Peterson sees that beautifully, but he does not yet see that God knows it better than we do; that God sees it, and even judges it, but grants us entrance anyway, if we will simply come to Him on His gracious terms.

One Humbled Step There, One Yet to Go

This is the reconciling power of the Cross of Jesus Christ; it is the life-giving power of His Resurrection. Here where we must own up to one thing Peterson seems absolutely ready to admit, and one further thing I hope we will yet come to know. These are the terms of approach, you might say.

The first is the act of humility that recognizes we are not good enough for God; that we fall not just a short, but infinitely far away, which leaves us completely hopeless and powerless before Him. I think Peterson is there. He has taken that step. From all we can see of him in this video, I am quite sure he sees that, feels it, knows it, owns it deep inside himself.

His second step toward God on God’s terms remains, though. This, too, is a descent into humility, perhaps even further and deeper than the other. It is the humility that gives up anxiety about oneself; that lets all fear and trying and worrying and striving go, and leaves us resting limp, surrendered, and trusting in the loving hands of God. God saves us from even the fear of Himself.

Only One Hope: The Greatness of God’s Grace

I have written of this hard step in the past,

There is something of a paradoxical insult in the way God loves us. If we could stand before Him and tell him, “Thank you very much, God, for your love; and of course everyone can certainly see what I’ve done to earn it” — if we could only say that, now that would be something to be proud of. We could really feel good about ourselves. … But it’s His goodness, not ours, that motivates God to love us. We need not earn it; we never could earn it. … It comes with just one condition: that we accept it on His terms, not on our own. Because our terms aren’t good enough. Only His are. Humbled? Insulted, even? Then you get the point.

I cannot say more than I can see, but in this video it seems Peterson is still struggling to know how he or anyone could be good enough for God. If he remains in that struggle he is still lost, despite what he knows of God. His only hope is to give it up and let God be good enough for him instead.