Quebec is already moving forward with a tax on unvaccinated citizens. 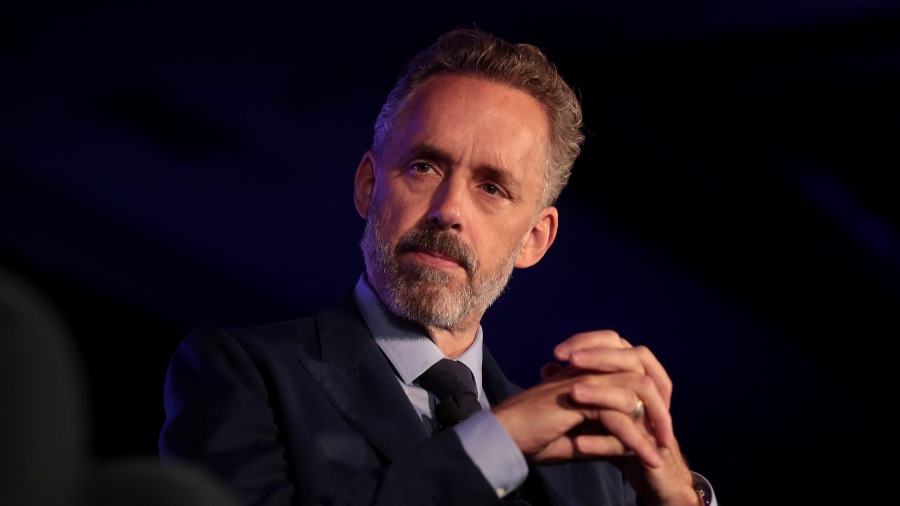 Jordan Peterson has become an increasingly outspoken critic of COVID lockdowns and mandates in recent weeks, using his large platform on Twitter to push back against the restrictions in Canada and around the world. He has even called for civil disobedience in some cases, warning that even more freedoms could be lost if people don’t stand up for their rights.

“We are pushing the complex systems upon which we depend…to their breaking point,” Peterson wrote in a recent column for the National Post. “The cure has become worse than the disease.”

Contrary to the collectivist paradigm, we are not a herd to be coddled and immunized and protected in the name of some “greater good.” We are individuals with rights.

Though Peterson has been critical of many politicians, he has been particularly disparaging of Prime Minister Justin Trudeau, who has been an enthusiastic supporter of strict public health measures since the beginning.

“These mandates bring out the petty authoritarian in everyone tasked with enforcing them,” Peterson said recently, tagging the Prime Minister. “Not a good practice in a free society.”

Some of his other comments to the Prime Minister have been even more pointed.

It's been over a year since a quick return to normal was promised once the vaccines arrived in Canada and were widely distributed and used. Where's normal, @JustinTrudeau ? Why would anyone trust anything you say now? https://t.co/FG8rkePZUM

Up yours @JustinTrudeau. Seriously. You'd have to kill me first. https://t.co/tBvwB2g3mp

Peterson’s ire is not without cause. COVID restrictions have been fairly strict in Canada for much of the pandemic, and many provinces have imposed more stringent measures in recent weeks in response to surging case numbers.

Quebec, for instance, imposed a curfew from 10pm to 5am that began on December 31. This is the second time the province has imposed a curfew, the first being from January 9 to May 28, 2021. Quebec also recently announced they would be imposing a “significant” tax on those who choose not to get vaccinated, citing healthcare costs.

Ontario, for its part, reintroduced a slew of restrictions in early January that had previously been lifted. These include gathering limits, temporary closures of many businesses, mandatory remote learning for all public and private schools, and a pause on all non-emergent and non-urgent surgeries and procedures. Though all these measures will have significant ramifications, the pause on certain surgeries and procedures is particularly worrisome, because dying as a result of delayed care is a very real risk in Canada.

Finally, in case that wasn’t enough justification for Peterson’s acerbic comments, we can now add another item to the list: the growing discussion about making vaccination mandatory. Though that topic has largely been considered a fringe debate up to this point, the conversation is now making its way into mainstream Canadian politics.

“I personally think we will get there at some point,” said Canada’s Health Minister Jean-Yves Duclos in early January, referring to mandatory vaccination. “Not now. I don’t think we are there yet,” he added. “But I think discussions need to be had about mandatory vaccinations because we have to get rid of COVID-19.”

Unsurprisingly, Peterson is having none of it.

Leave us alone @JustinTrudeau. What you are doing is utterly unconscionable. This is going to cause more grief and misery than you have the courage and intelligence to imagine https://t.co/H5DD6SjuNA

Fortunately, Peterson is not the only one pushing back. There have been regular protests in major cities like Montreal and Toronto, and political leaders such as Maxime Bernier continue to oppose the increasingly authoritarian measures being introduced.

A group of Canadian lawyers has also started to protest the COVID regime more actively by signing the Free North Declaration, which outlines their concerns regarding civil liberties, vaccine passports, and the censorship of doctors, among other things. To date, the declaration has been signed by 555 lawyers and over 81,000 concerned citizens.

Even those who are pro-vaccine are expressing sympathy for their unvaccinated compatriots. As Norman Doidge explains in his thoroughly researched essay Needle Points, there are many good reasons to be distrustful of the politicians and corporations that are spearheading COVID mitigation measures.

The Worldview Behind It All

Though the mandates and lockdowns may be severe, they are all supposedly justified in the name of “public health.” That may sound reasonable enough, but the term “public health” is actually a signal of sorts, one that points to the pernicious worldview underlying the entire COVID regime.

This worldview goes by many names. Sometimes it’s called public health. At other times, it’s called the public interest, the general welfare, or the common good. These phrases may differ, but they are all rooted in collectivism, the idea that the group should take precedence over the rights of the individual.

What’s the problem with that? Well, one significant problem is that the “public interest” doesn’t actually exist. Consider the words of Ayn Rand.

It follows that “public health” doesn’t exist either, which actually makes a lot of sense. “Societies” don’t get sick. Only individuals get sick. Health is something that concerns people, not populations.

So, contrary to the collectivist paradigm, we are not a herd to be coddled and immunized and protected in the name of some “greater good.” We are individuals with rights. Now, that may sound selfish, but it’s really not. What’s actually selfish is demanding that other people bend over backwards to accommodate your personal risk tolerance.

Notably, the proper response to individual health risks is individual responsibility, a virtue that Jordan Peterson has popularized with his exhortation to “clean your room.” This may seem easy enough, but note the emphasis. It’s not “clean your neighbor’s room,” neither is it “force your neighbor to clean your room” or “force your neighbor to clean their own room.” The point is to focus on the things within your own purview. Don’t try to change or fix or control other people to make your life better.

That may be difficult and even scary, but it’s a far nobler path than the alternative, one that lockdown proponents should seriously consider.

Analyzing the Election Results in California and Canada, and the Attitude of Faith vs Fear

4 Ways Americans Are Fighting Back Against Anti-Science COVID Restrictions