Presidential hopeful Joe Biden this week announced he plans to raise $4 trillion by raising taxes “on corporations and the wealthy” to mobilize the US economy. 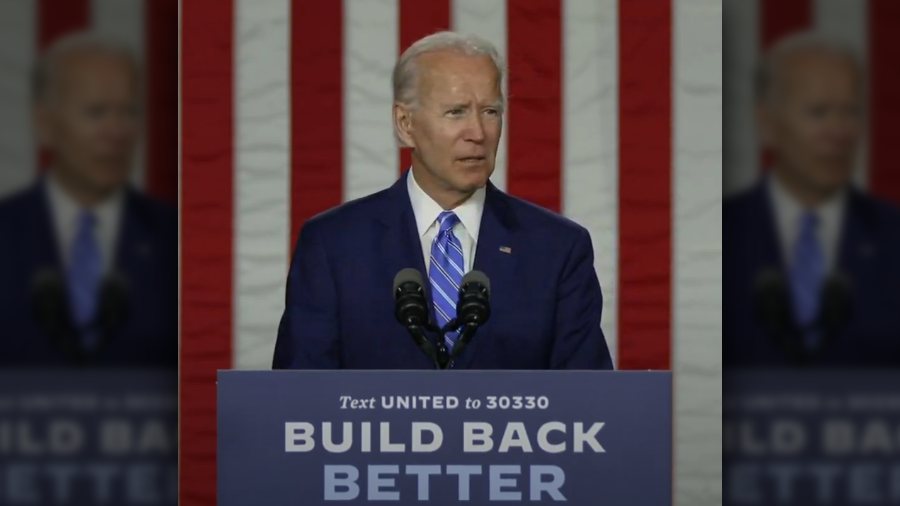 Joe Biden revealed on Thursday the first part of “Build Back Better,” his plan for economic recovery from the COVID crisis.

To pay for this, Biden plans to raise $4 trillion by raising taxes “on corporations and the wealthy.”

“This will be a mobilization of R&D and procurement investments in ways not seen since World War II,” Biden said.

After all, when we think of a country transitioning to socialism, we picture revolutionaries seizing factories (like in 1917 Russia) or revolutionary governments nationalizing industries (like in 2000s Venezuela).

Socialism is supposed to arise through confrontational acts of seizure and overthrow: by smashing private enterprise, not “investing” in it.

But how a policy “feels” can mask the reality, which in this case is that “investing” in private enterprise is one of the most efficient ways of destroying it.

Two Patterns for the Realization of Socialism

“There are two patterns for the realization of socialism,” the important economist Ludwig von Mises wrote in his great treatise Human Action.

The first pattern … is purely bureaucratic. All plants, shops, and farms are formally nationalized … they are departments of the government operated by civil servants. Every unit of the apparatus of production stands in the same relation to the superior central organization as does a local post office to the office of the postmaster general.

Mises dubbed this “the Lenin or the Russian pattern,” since that is how Vladimir Lenin installed socialism in Russia following the October Revolution.

“The second pattern,” Mises continued, “nominally and seemingly preserves private ownership of the means of production and keeps the appearance of ordinary markets, prices, wages, and interest rates.”

But this “market economy” is a facade, Mises explained. Through mounting interventions (mandates, “investments,” etc.) in the economy, the government’s sway over business grows and grows, to the point where it is the state that ultimately steers production, and thus becomes the de facto owner of the means of production.

Mises called this “the Hindenburg or German pattern” of realizing socialism, because that is how Paul von Hindenburg, the leader of the German Imperial Army, imposed “wartime socialism” on Germany during World War I, and also how socialism later re-emerged under the Nazis.

It’s an Illusion — Socialism With a Capitalist Veneer

This form of socialism can seem like capitalism, even to those operating within it. Former business owners may think they are still at the helm of their enterprises.

But, as Mises explained, it’s an illusion:

There are, however, no longer entrepreneurs, but only shop managers (Betriebsführer in the terminology of the Nazi legislation). These shop managers are seemingly instrumental in the conduct of the enterprises entrusted to them; they buy and sell, hire and discharge workers and remunerate their services, contract debts and pay interest and amortization. But in all their activities they are bound to obey unconditionally the orders issued by the government’s supreme office of production management. This office (The Reichswirtschaftsministerium in Nazi Germany) tells the shop managers what and how to produce, at what prices and from whom to buy, at what prices and to whom to sell. It assigns every worker to his job and fixes his wages. It decrees to whom and on what terms the capitalists must entrust their funds.

The “managers” Mises speaks of are no longer entrepreneurs, but have become essentially bureaucrats going through the motions of entrepreneurship. Similarly, workers no longer participate in a true labor market, but are “mobilized” and essentially assigned jobs by the state. As Mises concluded:

Market exchange is merely a sham. All the wages, prices, and interest rates are fixed by the government; they are wages, prices, and interest rates in appearance only; in fact they are merely quantitative terms in the government’s orders determining each citizen’s job, income, consumption, and standard of living. The government directs all production activities. The shop managers are subject to the government, not the consumers’ demand and the market’s price structure. This is socialism under the outward guise of the terminology of capitalism. Some labels of the capitalistic market economy are retained, but they signify something entirely different from what they mean in the market economy.

These “market” labels don’t actually do anything to coordinate production. Therefore, socialism with a capitalist veneer will be plagued with the same chaos that always afflicts plain-faced socialism.

Cataclysmically Lethal — No Matter What Name You Call It

Socialism has been cataclysmically lethal wherever it has been tried, and will always be so: it will make no difference whether it emerges through nationalization or intervention. It is absolutely vital that we come to grips with that now, because implementing a plan like Biden’s would be a great leap toward the second pattern of socialism described by Mises, or “Type 2 socialism” as we might call it, since it is as lethal as diabetes or any other disease.

Socialism has destroyed far more lives than any single pandemic ever could. We must not let panic over one threat drive us into the maw of a much greater one.

The more that small businesses are “supported” by the government, the more they will be subjugated to the state.

He who pays the piper calls the tune.

And the more that actual market profits are taxed away to finance all this “investment” and “support,” the more that entrepreneurs will devolve into subservient apparatchiks dependent on the government for their income.

What makes Type 2 socialism especially pernicious is not only its deceptive appearance, but how smoothly it can emerge. Instead of being menaced with seizure, captains of industry are seduced with “investment.” Instead of being marched into labor camps, workers are lulled into docility with “support.”

And in case any reader still thinks this is mere partisanship talking, I will note that President Trump has already led us quite a distance down this road. The CARES Act stimulus checks to individuals, the PPP loans to small businesses, the bailouts of big businesses, the Federal Reserve’s purchases of corporate bonds, and the Fed bailing out the banks and stock market by pumping into them trillions of new dollars: these have all been great leaps forward down the back-alley road to Type 2 socialism.

Socialism has destroyed far more lives than any single pandemic ever could. We must not let panic over one threat drive us into the maw of a much greater one.

Dan Sanchez is the Director of Content at the Foundation for Economic Education (FEE) and the editor of FEE.org.