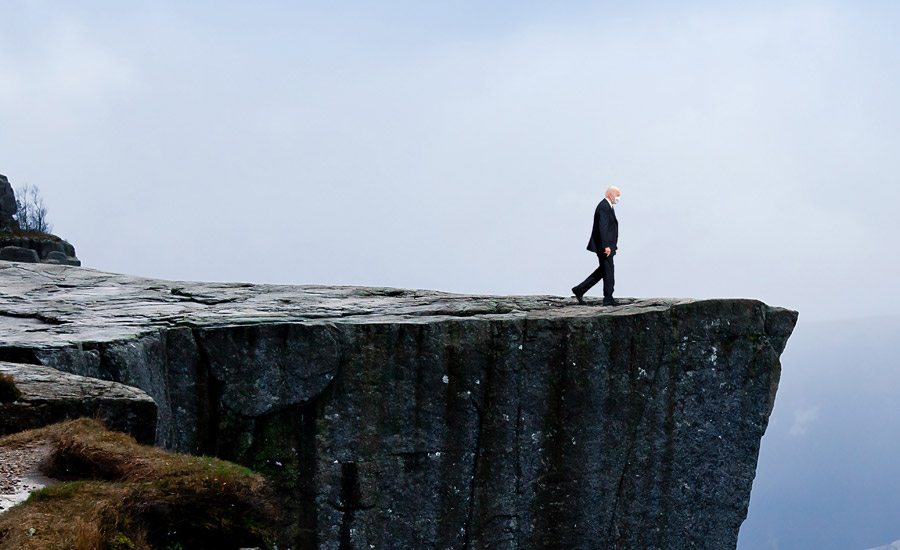 We have a complete meltdown of control at our southern border, with the tragedy of little kids being trafficked as if they were boxes of Mexican fruit — suffering abuse and deprivation; the drug cartels are taking advantage of the border breakdown by pouring deadly drugs into our country that are killing people from New York to Oregon; gasoline will soon be double the cost it was a year ago, and some people can’t find a gas station that has any gas left; employers can’t stay open because people are living off government giveaways of stimulus checks and unemployment instead of taking jobs that are available; our schools are still closed in many places because the teachers don’t want to go back to the classroom; and the Middle East is being burned down by rockets flown by jihadist terrorists from the Hamas stronghold of Gaza.

At the rate he’s going, Joe Biden will turn Jimmy Carter into a candidate to become the 5th President on Mt. Rushmore.

I admit I didn’t vote for Joe Biden and feared he would lead us off the left side of the cliff, but even I thought it would take longer than 100 days to do it.

I admit I didn’t vote for Joe Biden and feared he would lead us off the left side of the cliff, but even I thought it would take longer than 100 days to do it.

Progress Toward Peace Replaced by Terror

I’m especially grieved to see the great progress toward peace in the Middle East that was achieved by the historic Abraham Accords replaced by violence, destruction, and death as the terror group Hamas fires thousands of rockets toward civilian targets in Israel.

Joe Biden wants to revive the horrible deal with Iran to supposedly cause them to give up building a nuclear weapon. However, sensing real weakness on the Biden team has emboldened Iran to buy more rockets for Gaza so they can try to kill Israelis. This at a time when Gaza and the Palestinians could sure use schools, streets, medical care, and jobs. Instead they use the Iranian money — and sadly money you the American taxpayer give them — to buy bullets, bombs, and rockets to kill Jews in Israel.

To his credit, after a few days of silence, President Biden finally called Israeli Prime Minister Benjamin Netanyahu and publicly acknowledged that Israel has a right to defend itself against these senseless attacks on their sovereign land.

For the past four years, Israel was in the most peaceful period of the past decade. President Trump moved the Embassy to Jerusalem just as he had promised and his team tried a completely different approach to peace. The result? The breakthrough Abraham Accords, which brought about the first peace agreement between Israel and Arab lands in 25 years. As a result, the UAE, Morocco, Bahrain, and others are now trade partners and tourism partners with Israel with other Arab nations being expected to follow.

Joe Biden was in government for almost 50 years. Donald Trump had never held any political office. Sure Trump could be rough around the edges. But when you’re stuck in a long line to get gas that is costing you twice what it did a year ago while listening to the news about the violence in the Middle East and the downturn of our economy, you might want to remember that it’s not the personality of a President that gives our nation its strength, but his policies.

And the ones we’re seeing right now just aren’t working out well.