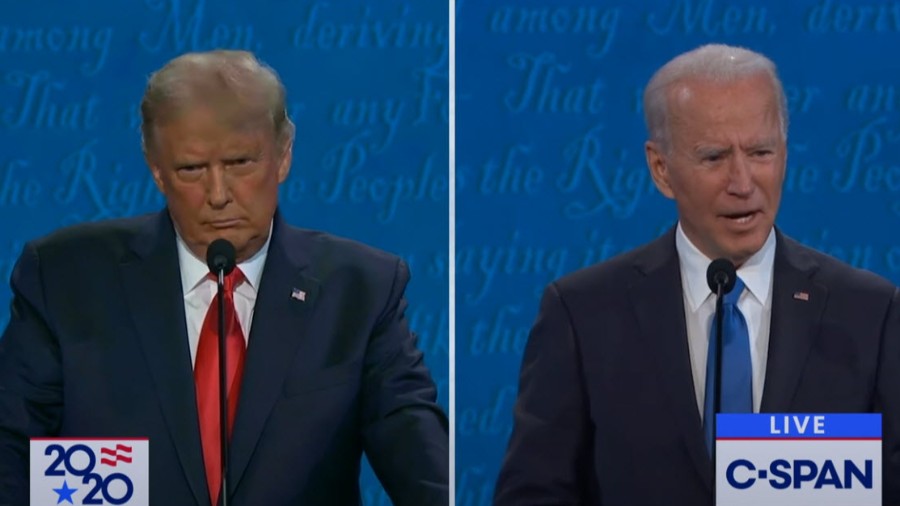 Democratic presidential nominee Joe Biden promised Thursday that if elected he would both “transition from the oil industry” and not ban fracking.

The former vice president said his administration would phase out the oil industry, but denied saying he ever opposed fracking during the second and final 2020 presidential debate.

“I do rule out banning fracking,” Biden said.

President Donald Trump responded saying that in the past Biden had supported a fracking ban “on tape.”

“The fact of the matter is, he is flat lying,” Biden said. “I have never said I oppose fracking.”

Biden promised “no new fracking” during a CNN Democratic debate in March. His climate plan calls for an “emissions-free power sector” by 2035.

The topic of fracking led to the candidates’ views on the oil industry more broadly during Thursday’s debate.

“Would you close down the oil industry?” Trump asked Biden.

Biden responded: “I would transition from the oil industry, yes.”

Joe Biden says he will "transition from the oil industry" pic.twitter.com/0TgtYhhLEZ

“Because the oil industry pollutes,” Biden added after debate moderator Kristen Welker pushed him on the topic.

Trump called Biden’s comments on the oil industry a “big statement” later noting that it would not help the former vice president’s election prospects in Pennsylvania, Texas or Ohio.