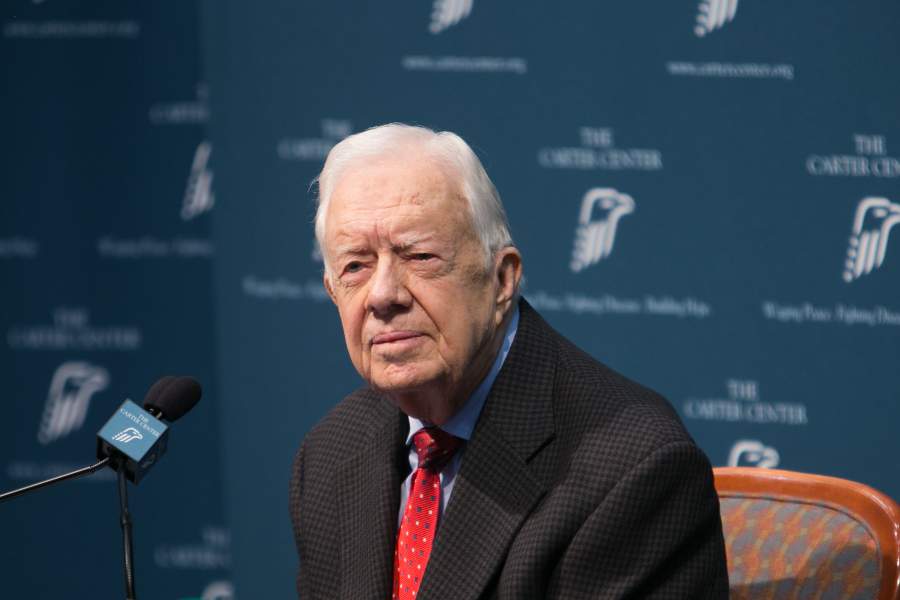 Former President Jimmy Carter is recovering after undergoing surgery Tuesday morning to relieve pressure on his brain, The Carter Center said in a statement.

Carter, 95, was admitted to Emory University Hospital in Atlanta Monday after multiple falls in 2019 caused bleeding in his brain, a previous statement from the center said. The former president had surgery Tuesday to relieve the pressure, and there were no complications.

“There are no complications from the surgery,” the center said. “President Carter will remain in the hospital for as long as advisable for observation.”

Carter received stitches on his brow after a fall in October and had another fall that same month where he suffered from a minor pelvic fracture. The former president also broke his hip in May while turkey hunting. These recent falls contributed to a subdural hematoma, The Carter Center said Monday.

He is the longest living U.S. president in history and announced a year after being diagnosed with cancer that had spread to parts of his brain in 2015 that he would no longer need radiation to treat the cancer. Carter said he prayed following the news and is “at ease” with the thought of dying and life after death, ABC News previously reported.

Pray that former President Jimmy Carter has a swift recovery.