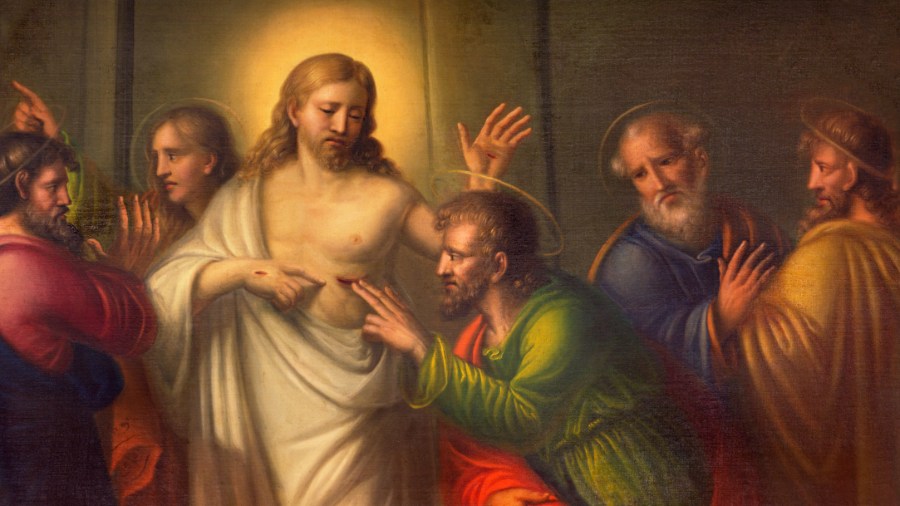 Sorry, Mark Twain, but faith is not “believing what you know ain’t so.” Many skeptics try to redefine faith into belief without evidence, or contrary to the evidence. For example, atheist philosopher Peter Boghossian says that faith is “belief without evidence” or in other words “pretending to know what you don’t know.” Faith is painted as a cop-out for having to think.

Thinking Christians will often retort that faith is far from blind. After all, faith means trust and you cannot trust that which have you zero evidence for.

Christian mathematician and philosopher John Lennox would be in agreement with Christian theologians throughout the centuries when he says that “faith is not a leap in the dark. It’s the exact opposite. It’s a commitment based on evidence … It is irrational to reduce all faith to blind faith and then subject it to ridicule. That provides a very anti-intellectual and convenient way of avoiding intelligent discussion.”

And that’s where atheists try and hit the Christian with a gotcha. “Well, what about doubting Thomas? Didn’t Jesus chide him for not having blind faith? Doesn’t John 20:29 say, “Blessed are those who have not seen and yet have believed?” Hammering this point home, Richard Dawkins writes:

Another member of the religious meme complex is called faith. It means blind trust, in the absence of evidence, even in the teeth of evidence. The story of Doubting Thomas is told, not so that we shall admire Thomas, but so that we can admire the other apostles in comparison. Thomas demanded evidence … The other apostles, whose faith was so strong that they did not need evidence, are held to us as worthy of imitation.

So we’re told Jesus was requiring belief without proper evidence. Was he?

Thomas Had Plenty of Evidence

Let’s think about this for a moment. I think it’s a stretch to say that Jesus was demanding blind faith out of Thomas, because Thomas already had boatloads of evidence. We need to consider the context here lest we be guilty of cherry-picking verses that suit an agenda. What was Thomas an eyewitness to?

John 20:30-31 even says that Jesus worked many more miracles than what he wrote about, but he reports a handful that he found significant so that we might believe. The apostle elsewhere says that these miracles were so significant that the chief priests and Pharisees said something needed to be done because the signs he was performing were attracting too much attention. They were afraid Rome would come and take away their nation. (John 11:47-53)

So if all we look at is John’s Gospel, Thomas already witnessed a lot. Yet after all that, he still doubted when he heard reports that Jesus came back from the dead. I’ll come back to that thought in a minute, but before we do, let’s look at a few more considerations.

Jesus himself said that the signs of he was performing counted as evidence. He did miracles so that we might trust in him. Check it out:

So Thomas wasn’t asked to have blind faith elsewhere in John’s gospel. On the contrary, he was asked to place his trust in Jesus based on the mountains of evidence he already had.

In Addition, Jesus Said He Was Going to Die and Rise

For Thomas and the other disciples, Jesus’ resurrection wasn’t something that should have caught them totally by surprise. Granted, they were shockingly slow on the uptake because of their Jewish preconceptions of when the resurrection would occur, but Jesus let them know that this was coming ahead of time.

Here, he’s explicit. Elsewhere, he calls himself the resurrection and the life. (John 11:24-26) He even says that he’s leaving, going to the Father and that his disciples would see him again. (John. 16:19-30)

Now skeptics can dispute that Jesus ever said or did these things, but the original complaint isn’t about the reliability of John’s Gospel. The complaint is John reports that Jesus demands blind faith and that isn’t the case. Again, we can’t just cherry-pick the verses that suit our pet argument and ignore the context.

John Claims to Be an Eyewitness

When you read John, over and over he puts a premium on testimony. He wants you to know he was there and he’s reporting to you what he saw. In John 19:33-35, he lets you know what he saw after Jesus died on the cross.

But when they came to Jesus and saw that he was already dead, they did not break his legs. But one of the soldiers pierced his side with a spear, and at once there came out blood and water. He who saw it has borne witness — his testimony is true, and he knows that he is telling the truth — that you also may believe.

Interestingly enough, medical doctors tell us that this event has some scientific basis. Dr. Ted Noel, who is trained in critical care says:

There is only one circumstance which fits both the story as given and medical science. That is the one where a patient has died and the blood in his heart has pooled long enough to fractionate into packed cells and serum. A spear thrust into the heart would allow these fluids to pour out with exactly the appearance recorded. …

One alternative has been proposed with some plausibility. That one states that Jesus’s trials lead to the accumulation of a pleural effusion. The spear then allowed that water to flow out. But such a circumstance would not lead to blood flowing out as described. That would require the spear to penetrate the heart.

For John to give us such detailed medical details should get our attention.

John calls attention to him being an eyewitness implicitly throughout his gospel as well as explicitly elsewhere. (John 21:24, 1 John 1:1-4) Finally, in Jesus’ famous highly priestly prayer, he prayed for unity and included those who would later become believers after Jesus rose:

“I do not ask on behalf of these (the disciples) alone, but for those also who believe in Me through their word; that they may all be one; even as You, Father, are in Me and I in You, that they also may be in Us, so that the world may believe that You sent Me.” (John 17:20-21)

Jesus is referring to people who will believe in Jesus not because of what they see directly, but what’s been reported by witnesses.

Thomas had spent the last three years of his life with Jesus and his disciples. He had ample reason to trust them when they reported to him that the tomb was empty and that some of the disciples had seen Jesus. Given all they already experienced together, was he really reasonable for doubting their testimony?

Biblical scholar Marcus Bockmuehl is spot on in his assessment of the so-called “Doubting Thomas” passage:

What is “doubting” (apistos) about the Fourth Gospel’s Thomas is not his desire for facts but his emphatic refusal to trust the apostolic testimony: “unless [I see and touch him], I will not believe.”

The New Testament writers’ claim to be eyewitnesses still stands, so we can test their claims like we could any other historical document. Not only that, Jesus said his works would continue through his own disciples, (John 14:12) and we have modern miracle claims we can put to the test.

These are (and should be) where the real bones of contention lie and that’s what this site is all about. (If you want to get serious about investigating these two claims, I’d recommend N.T. Wright’s The Resurrection of the Son of God and Craig Keener’s two-volume set Miracles.)

But the point here is to show that there is no evidence here that Jesus praises blind faith. Instead, there’s claimed eyewitness evidence for his resurrection and divine claims, and he welcomes that data to be put under scrutiny.

He just isn’t a fan of stubborn incredulity. Skeptics need to stop co-opting this verse in a desperate attempt to show that faith is irrational and anti-intellectual.

Erik is a Reasonable Faith Chapter Director located in Cedar Rapids, Iowa. He’s a former freelance baseball writer and the co-owner of a vintage and handmade decor business with his wife, Dawn. He is passionate about the intersection of apologetics and evangelism.

The Chick-fil-A Argument for the Resurrection