I Wanted to Jeer the Democratic Debate. Then They Surprised Me 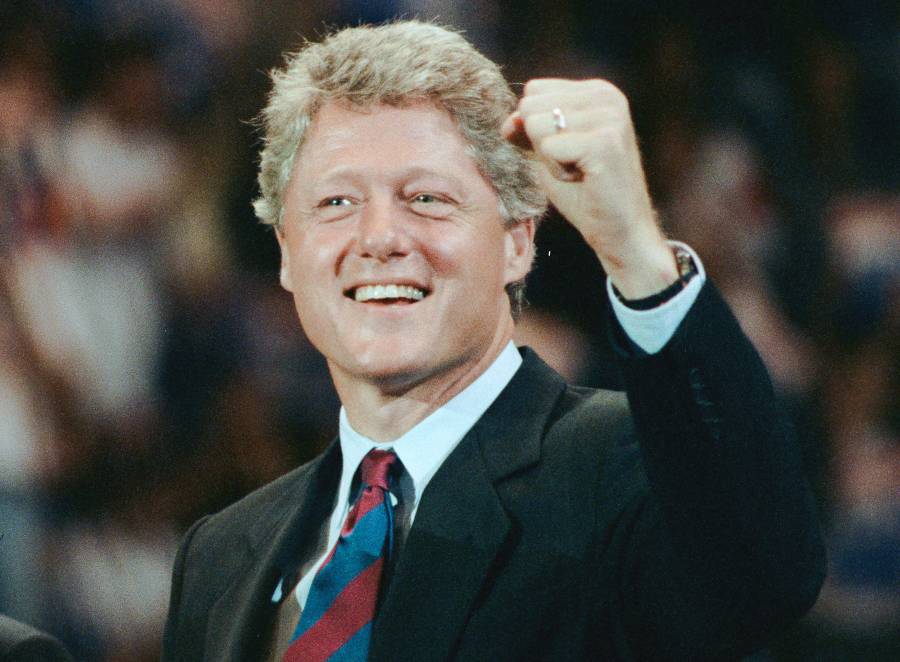 Then-Democratic candidate Bill Clinton at a rally at North Carolina State University in Raleigh on October 4, 1992.

The Democrats are having the most substantive primary race in over 25 years, policy-wise. That doesn’t mean that their candidates are good candidates. No one on that stage last night has the mojo of a Barack Obama or a Bill Clinton. Politically, they look like the 12 dwarfs next to Obama or Clinton.

Nor does it mean they deserve to win. I’ll take “Bad Orange Man” over any of them in a heartbeat. But that was a real, solid, meaty debate last night. The first for a long, long time.

The attacks on the dishonesty of Elizabeth Warren’s plan. Her wonky, boring responses. The extra issues Cory Booker snuck into his answers. Andrew Yang talked about national security dangers in the realm of high tech. Even Tulsi Gabbard throwing some love to the deplorables.

That’s the sort of thing I’m talking about. The Dems hardly ever talk about issues that cause me to sit up and pay attention.

You would have to go back to 1992 for the last time the Democrats had a debate with that much substance. Remember Paul Tsongas calling out Bill Clinton’s pandering? (The Connecticut primary voters did. Jerry Brown won our state’s Democratic primary that year, even though he had already dropped out.)

Remember Tom Harkin making one last stab for McGovernism before Clinton’s “New Democrat” operation overwhelmed him? Remember what a huge thing it was when Clinton chose what was then a fellow Southern moderate as his running mate?

A lot of water has flowed under the bridge since then. The Democrats got a couple two-term presidents, but the Party has grown ever lamer.

The Party’s Getting Lamer

Remember Bill Bradley’s 2000 run against Al Gore? How the whole thing was based on a criticism of Gore for having once been pro-life 20 years earlier, even though Gore was by then the VP of the most pro-abortion administration in history (up to that time)? Remember that bizarre debate at the Apollo Theater?

Remember 2004? Howard Dean’s scream? Wesley Clark, the unhinged general? Or how any substance in the race completely disappeared once John Kerry was the front runner, because the Democrats were so desperate not to blow their shot at Bush?

Do you remember 2008, the “you’re likable enough, Hillary” primary? Remember that Weekly Standard cover depicting Obama and Hillary as two angry kids on a swingset, glaring at each other over the other’s sexism or racism?

Remember 2016, when the socialist would have won if the DNC hadn’t already fixed it for Hillary? To be sure, Bernie Sanders did discuss issues in 2016. But he was like Jesse Jackson in the 1980s. Too hot to handle. In fact, it was to prevent another Jesse Jackson from emerging that the DNC invented the Superdelegates in the first place, to kneecap any troublemakers in the future. And it worked against Bernie exactly as intended.

The DNC made sure the party wouldn’t actually argue about issues. They humored the crazy old uncle and then did what they’d planned to do all along.

All of those races, all of those debates, were lame. Even in years when the Democrats won. Those years seemed due more to the ebb and flow of the electorate — “wave elections” and all that — than to the party offering any real substance.

This year? Real fights between the far-left and the slightly-less-far-left over whether any of the former’s cockamamie schemes will work. These differences were papered over in past election cycles. (In case you count Bernie in 2016, but no one did. Certainly not the DNC.)

Heck, you even have Gabbard throwing a little love to social conservatives, the Democrats’ Public Enemy Number One. That never happens. But it did last night.

That was a thing about 2016. It wasn’t just that the two parties had two different answers to what ails the country. They were talking about entirely different sets of problems. One side would talk about tainted water in Flint, MI but not the other side. One party would talk about ISIS and Mexican gangs coming over the border, but not the other party. It was like they were on two alternative earths.

We’re in the same spot we were in 2016. If Trump loses, it’s likely over for everything we’ve fought for since Roe v. Wade. And they’re cooking up new ways to hurt us. The Obamacare abortifacient mandate will be a walk in the park compared to what’s coming the next time these guys are in charge.

But I like that trashing us isn’t the only thing on their minds. That they are having a real debate among themselves.

May it one day lead to a real debate on the things that really matter. I appreciate Gabbard’s modest effort. But the unborn and religious believers still get nothing.