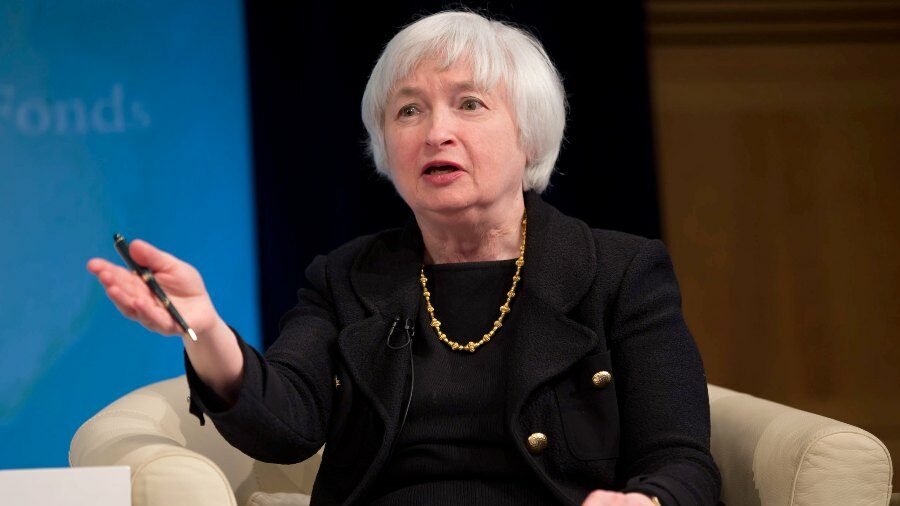 Life should never be reduced to economics.

Yet, in the wake of the leaked Supreme Court draft opinion that could overturn Roe v. Wade, abortion supporters have resorted to shocking claims that limiting abortions will hurt the economy.

Life should never be reduced to economics.

During a Senate Banking Committee hearing on May 10, Sen. Bob Menendez, D-N.J., asked Treasury Secretary Janet Yellen about the “real-world economic consequences” for American women if the Supreme Court overturns Roe v. Wade. Yellen said this “would have very damaging effects on the economy and would set women back decades.”

She went on to argue that “abortion helped lead to increased labor force participation. It enabled many women to finish school — that increased their earning potential.”

In his question, Menendez cited analysis from the Institute for Women’s Policy Research to set up Yellen’s answer. The moment was clearly scripted, and not just a spontaneous exchange. Either way, it’s a bad look.

On the ethical side: It ignores the life and inherent value of the unborn child. Federal law (the Unborn Victims of Violence Act) and dozens of state laws recognize unborn children as human beings. But abortion advocates presume unborn children only deserve protections if their lives were planned and desired.

But even if we reduce the matter to economics, Yellen’s analysis focuses on a tiny speck of a much larger picture. Her claim lacks what Henry Hazlitt called the “art of economics” in his classic Economics in One Lesson. “The art of economics consists in looking not merely at the immediate but at the longer effects of any act or policy,” he wrote. “It consists in tracing the consequences of that policy not merely for one group but for all groups.”

In the case at hand, Yellen fixated on the short-term labor force participation of mothers. Yes, having a child can easily lead to hundreds fewer hours spent in the formal labor force. But is the value of the time parents spend raising children of no value? Are children’s future contributions to society over many decades of life worth nothing?

It’s almost painful to spell this out since people are more than economic actors. But abortion activists may try to make Yellen’s claim a talking point. So, it needs to be answered.

Our economy is essentially the total of all the goods and services that the people in it produce. More producing people means more economic output — at least over the medium-to-long run. More abortions, however, means fewer people and so, ultimately, less output.

It’s bizarre that Yellen would say that limiting abortions would “have very damaging effects” on the economy. She can only say this by restricting the time horizon in question. She knows better. Her statement is counter to then-Federal Reserve Chair Janet Yellen’s assertion in 2017 that slow labor force growth was contributing to slow economic growth. Moreover, in our heavily indebted nation, every economic model shows lower birth rates harming America’s fiscal health and sustainability.

Since Roe v. Wade, an estimated 63 million babies have been aborted in the U.S. Over 35 million of them would now be old enough to participate in the labor force. We can’t assume a one-for-one increase in the population and labor force. Still, there would surely be more people alive and working today if it weren’t for Roe v. Wade.

The Beauty of the American Dream

Some abortion advocates have argued that children who are aborted would likely have faced greater adversity than those who are not. As a result, such people, as adults, would be of lower value to society, or even a net drag on it.

But the beauty of the American dream is that our fate is not sealed at birth. Millions of people who started life in a hard spot still grew up to do great things. Sadly, tens of millions of babies have had their fates sealed before they had the chance to pursue that dream.

These are just some of the real costs of abortion on demand. Mere economics shouldn’t figure in our laws protecting life. But to the extent they are, no sound economic analysis would reduce human life to a cost.

Rachel Greszler is research fellow in economics, budget, and entitlements in the Grover M. Hermann Center for the Federal Budget, of the Institute for Economic Freedom, at The Heritage Foundation. Read her research.