How J.R.R. Tolkien Helped to Lead C.S. Lewis to Faith

Until I was an adult who had found faith and this world of meaning, I knew very little about C. S. Lewis. He was the Oxford don who turned from atheism to belief in God because late one night in 1930 he was walking along a wooded path behind Magdalen College with his friend J. R. R. Tolkien. This was years before Tolkien wrote The Lord of the Rings and long before Lewis wrote his famous Chronicles of Narnia. They were just young men who had survived the grim horrors of World War I, who had seen the ghastly hell and death of the trenches and the gas warfare, and who were now brilliant young professors at Oxford University.

But as they walked and talked along that path, long past midnight, Tolkien had the grounding of a deep belief in something else, and Lewis did not. Tolkien felt that this world was not all there is, but Lewis felt that it was, that the sad horrors of the war they had both survived told them this, that this ugly world was all there is and ever would be and we must face this, although it made us sad to think of it. But surely Lewis — or Jack, as his friends called him — sometimes also wondered why, if it were true, it would make us sad. If it were true, why would something in us want it not to be true? What was that something in us, and how did it get there? What was the meaning of the fact that we should desire something else? What was the meaning of our desire for meaning?

Lewis and Tolkien both knew and loved mythology and the myths of ancient cultures. They knew the old stories of the Greeks and the Romans, and they knew and loved the stories of the Norse gods. In his autobiographical memoir, Surprised by Joy, Lewis recalled how his heart had been pierced when he had read those lines from the Norse Ballads of Henry Wadsworth Longfellow: “I heard a voice cry, ‘Balder the beautiful is dead, is dead!’ ” Why had this so pierced his heart? Why should this nineteenth-century poem about a fictional character move him so? What was the meaning of that? But after the death of 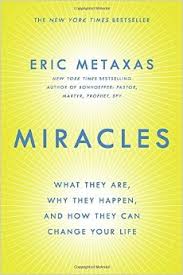 his mother and the pains of life and the horrors of the war he had at least halfway pushed aside such feelings and had come to embrace the sad belief that we could not go back, and all of these stories were just stories. Beautiful stories, but just stories.

But Tolkien had another idea, although for him it was no longer just an idea. He knew that all of these ancient and beautiful stories were echoes of something larger and truer. They were signs that the human race knew of another world that had once existed and would exist again and even now existed in another realm, outside time. He knew the myths of the gods who died in a sacrificial way but who would rise again and live, but he did not know them as unconnected to the world of reality and history. For him they were echoes of a larger reality that had at one time burst through into history, but only once.

So that night on the dark wooded path with his friend Jack he asked the question that would change Jack’s life. He asked Jack to consider whether it was possible that one time this myth had coincided with history — whether one time eternity might have broken through into time. Tolkien suggested that it had, that the myth of the god who had died and come to life was an echo of a greater story — of perhaps the greatest story that ever was told — and that one time in history this eternal story had bloomed into reality, had broken through into history and time as a crocus breaks through the snow. And it had changed everything forever and ever, had brought spring into winter, had brought eternity itself into time. Lewis had never considered that. But Tolkien pressed him to consider it and so now he would consider it, and it would haunt him.

This is an excerpt from Miracles: What They Are, How They Happen, and How They Can Change Your Life (Plume, October 13, 2015), now in paperback from Plume.