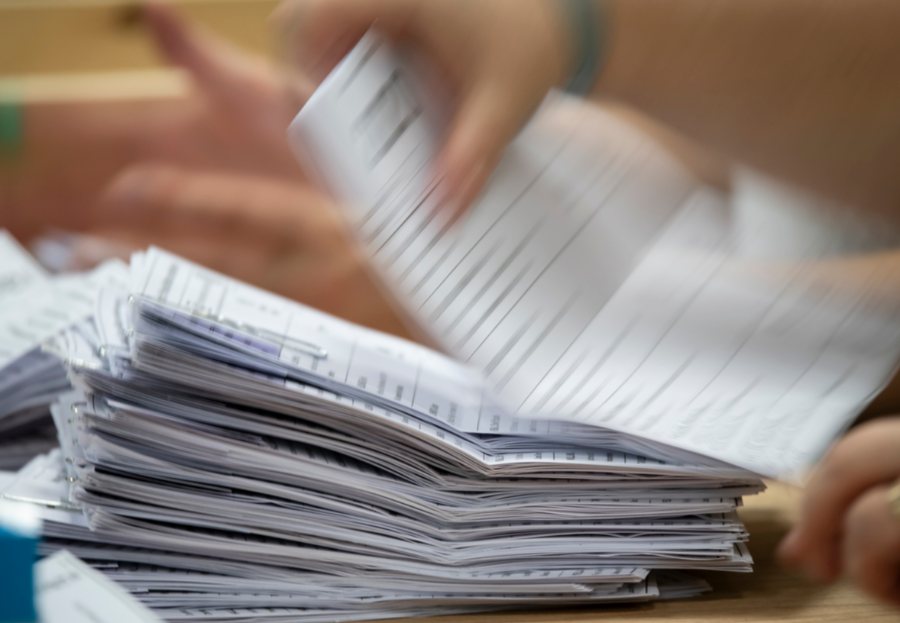 Thanks to all the readers who offered comments on the viability of another Trump run for the presidency in response to our piece, “An erratic Trump needs to clear his head and assess his role.” Hundreds of responses came in; we’ll have results and a follow-up possibly as early as tomorrow. In the meantime, here’s a piece at Townhall you might like to see.

President Trump has continued interjecting himself, posting about the senatorial election in Arizona.

This Epoch Times piece is subscription-only, but we’ll summarize. Trump said in a post on Truth Social that “possibly corrupt” officials had “lost control of the tainted Election in Arizona” after the Senate race was called for Democrat incumbent Sen. Mark Kelly. “This is a scam and voter fraud, no different than stuffing the ballot boxes,” he said. “They stole the election from Blake Masters. Do election over again!”

Trump complained about the long lines at the polls due to machine malfunctions and a judge’s refusal to extend voting hours. “People were forced to wait for hours,” he correctly said, “then got exhausted or had other things to do and left the voting lines by the thousands.” That last part was an assumption, but it does seem that when Democrats want the polls kept open later for one reason or another, judges typically rubber-stamp their request rather than risk being accused of disenfranchising them. Why do they not do the same when it’s the Republicans being disenfranchised?

At this writing, Masters still has not conceded the race, saying there were hundreds of thousands of pro-Republican ballots left to count. We shall see, but we know how these extended vote counts mysteriously tend to go in the end.

If, at the end, Senator Kelly has more of them than I do, then I will congratulate him on a hard-fought victory. But voters decide, not the media; let’s count the votes.
For my people who knocked doors in the 115 degree heat, and for the million+ Arizonans who put their faith in me, we are going to make sure that every legal vote is counted.

As votes continue dribbling in for the Arizona governor’s race, the impressive GOP candidate Kari Lake is so far not pushing ahead the way it had been thought she might. As of late Sunday night, victory is looking less likely. Katie Hobbs’ campaign is essentially declaring victory. You remember Katie Hobbs, the Arizona secretary of state who is in charge of…say it with me now…ELECTIONS?

“This one hurts,” says Bonchie at RedState.

…Arizona would have been lucky to have a governor with a backbone who isn’t afraid to protect her constituents. Instead, they are going to get Katie Hobbs, a cowardly do-nothing whose top concerns seem to be abortion and avoiding questions…There are going to have to be questions asked about why this happened while other GOP candidates in Arizona prevailed.

And this brings us to the main focus for today: the loss of trust in the outcomes of our elections. Leftists maintain that “saving democracy” and maintaining faith in elections means prohibiting anyone from questioning or challenging them in any way. Right…we’ll have more trust in elections by making them less transparent. That is so off the mark that one has to wonder if their attitude stems not from the desire to protect democracy but from the need to hide their, um, cheating.

We can do postmortems and try to come up with explanations that don’t involve fraud, but that involves a good bit of reaching. (Remember our talk about Occam’s Razor, the simplest and most obvious explanation usually being the correct one?) The explanations that are given to us don’t make sense, given everything we see. And that’s just what Wayne Allyn Root says in a new column, called “You’ve Been Gaslighted: It’s Clear Democrats Just Stole Another Election.”

Word to Google or anyone else who wants to flag this as “misinformation”: By doing the Democrat Party’s bidding, you might think you’re “saving democracy” or “preserving trust in our elections,” but you’re doing just the opposite. You need to quit with the so-called “content moderation” and just let everybody talk about this. That’s because much of what we’re seeing really does not makes sense, just as it didn’t in 2020. All you’re doing, Google, is taking a side, and the side you’ve taken is likely the real source of the misinformation.

Anyway, I’ll quote an excerpt from this one paragraph, which touches on many issues we’ve talked about here:

It goes on. Congratulations, government! You’ve lied so much, you’re the reason we have so little confidence in what you say about the election. Why shouldn’t that be a lie, too? What’s to trust?

A Gaping Disconnect. Shut Up and Believe It!

Root goes on to point out the huge disconnect between how people say they feel about the issues and the way they apparently voted. Because of all the government’s lies, it’s up to them to convince us that the results reflect the will of the voters. Just telling us we have to shut up and believe it doesn’t wash.

Pardon the cynicism, but millions of us feel just like Root when he says this:

While also facing the worst economy in modern history…and the worst inflation in America’s history…and out of control crime…and open borders…and failing schools…and polls showing 75% of Americans believe the country is going in the wrong direction…Yet Biden beat all of that?

If you believe Democrats made a miracle happen, without cheating, rigging and stealing…I have a bridge to sell you, over the Atlantic Ocean, in the Vegas desert.

Root’s piece is a must-read. No matter how it is labeled, it’s not “misinformation” — it’s one knowledgable person’s opinion, an opinion that millions of Americans share and have good reason to believe. The government, “colluding” closely with Big Tech as we now know, is working to silence this point of view. If our own commentary gets flagged, it’ll just prove my point.

Root goes on to show that, to his mind, the proof of a rigged election in a number of states simply comes from looking at Florida, which did it right. Florida has laws that discourage cheating: voter ID required, strict laws (prison time!) against voter fraud, no universal mail-in ballots sent out, no drop-boxes, no ballot harvesting, no ballots accepted days after Election Day, and “no counting for days until the desired results is achieved by the Democrat Party.”

Paul Simon wrote the song “50 Ways to Leave Your Lover.” I’d say there might be 50 ways to rig an election. A little bit of this, a little bit of that. These don’t necessarily involve hacking voting machines — although they could, as voting machines are demonstrably hackable. When the FBI hid the evidence of Hunter Biden’s highly incriminating laptop, assisted by 51 former intel officials who claimed the story had the “classic earmarks of Russian disinformation” (give me a break), it could be argued that that in itself was election-rigging. Similarly, when Democrats hid Pennsylvania Senator-elect John Fetterman’s cognitive issues by saying he was unimpaired and refusing to allow a debate until well after early voting had started, that was rigging an election, too. If they could be this dishonest, I don’t put anything past them.

And it’s not “conspiracy theory” to say so. Concerns about elections must be taken seriously. Whoever dismissively calls them “baseless” is the real threat to democracy.