‘It’s Deadly and It Kills You’: Ex-Medium Says She Was Possessed and Saw ‘Shadow People’ Until an Exorcism Saved Her Life — and Family 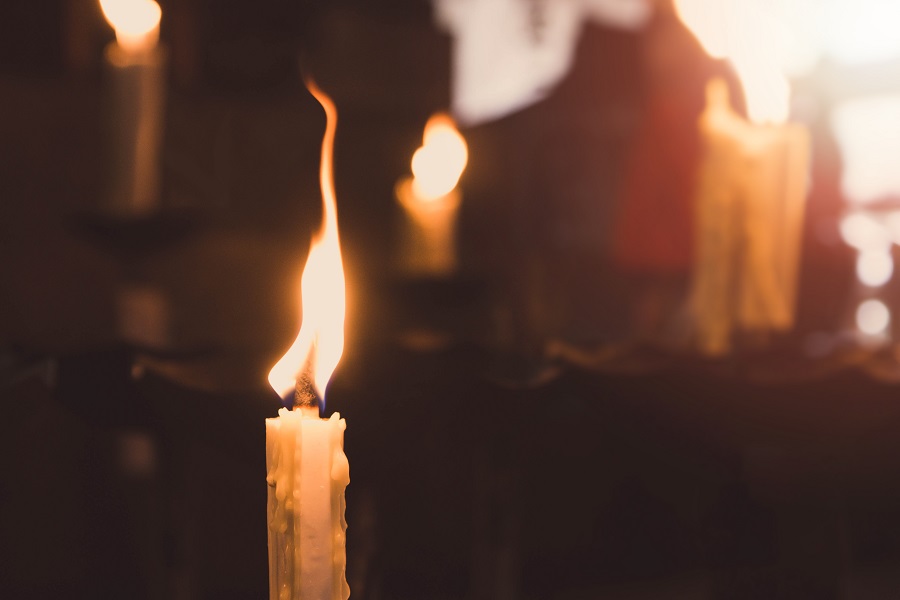 “The fear was overwhelming.” This is just one of the ways in which ex-medium Ivani Greppi described her childhood — a Brazilian upbringing that was deeply steeped in the occult.

Greppi, an ex-medium who once believed her spiritual abilities were a gift from God, is now sharing how her harrowing 38-year journey — which included regular possessions — led to a dramatic deliverance (known as exorcism in some circles) that transformed her entire family.

LISTEN: HEAR STORIES OF POSSESSION, EXORCISM AND HEALING ON ‘THE PLAYING WITH FIRE PODCAST’

Greppi’s spiritual issues were multigenerational, as she said her great grandparents and grandparents were mediums and healers. Despite calling themselves Catholics, she said the family’s real religion was spiritism.

“We didn’t even have a Bible. We didn’t own a Bible. We didn’t believe in the Bible,” she said on the premiere episode of “The Playing With Fire Podcast,” a four-part docu-series produced by Edifi. “Spiritism is where a medium becomes possessed by a spirit who can either bring healing, bring counseling or a message from a relative that has passed.”

Listen to episode one of “Playing With Fire:

Greppi’s experiences with what she called “shadow people” started early on as a child, and she revealed how these apparitions left her absolutely terrified.

“From early on in my childhood, I was able to see what we believed to be spirits, but now I know were demons,” she said. “The fear was overwhelming.”

By the time Greppi was an adult, she said it was normal to see these shadowy figures moving in and out between walls and doors throughout the day. Having been raised to believe that seeing these spirits was a gift, she pushed fear to the side and continued on in her spiritism journey.

Introduced to the Occult and Spirit Worship

Then, as a teenager, Greppi was introduced to Umbanda, a Brazilian religion that engages in the occult and spirit worship — and as the years wore on she involved herself in elements of temple worship, possession and other related practices.

“You call on [spirits] to come and take possession of you,” she said of the rituals she took part in. “For two years … at least once a week I was becoming possessed.”

Greppi eventually moved with her family from her native Brazil to America, got married, had kids and became a nurse, but she never left behind these religious practices — something that left her trapped in a “very dark space.”

In 1997, though, something profound happened. Her family had opened a print shop in Florida and a pastor walked in one day and began speaking with her sister, Marli Souto.

Like Greppi, Souto was raised around spiritism, but had never actively participated in Umbanda. Something the pastor said that day truly resonated with Souto.

“He introduced her to Christ,” Greppi said, explaining that her sister instantly became a Christian. It was a conversion that greatly troubled Greppi. “We were afraid of Christians. We thought they were evil.”

At Souto’s request, Greppi reluctantly agreed to meet with the pastor at her sister’s home one day. During the encounter, the preacher clashed with Greppi over faith and religion, as Greppi doubled down on her spiritism and scoffed at the idea that Christianity had legitimacy.

At the end of their conversation, though, something strange unfolded.

“At the end, he said, ‘Can I at least pray before we leave?’” Greppi recalled. “As soon as he started praying, I became possessed. … it was something that took over. … I became distorted and I was dancing … backwards. And I did lose consciousness off and on.”

Souto, who also appeared on “The Playing With Fire Podcast,” backed up this account and noted that this was the first of a number of dramatic spiritual interactions with the pastor.

In the moment, Greppi was angry and believed that the pastor was manifesting the experience, though she soon learned that something else far more sinister was afoot: her more than three decades engaging in the occult had brought her to the end of herself.

From there, Greppi said an intense spiritual battle began. On another occasion, the pastor began performing a deliverance at Greppi’s home and she was once again possessed — an account that three family members recounted and corroborated on the podcast episode.

“They started praying and that entity got a hold of Ivani’s body,” Souto said, revealing some of the dramatic moments that followed. “It looked up at my son and my nephew and it said, ‘Help me.’”

All of this culminated in a third and final deliverance. Greppi, her son, nephew and Souto all appeared on the podcast to verify the details of what unraveled, but one of the more startling moments took place when the pastor placed two crosses near Greppi’s forehead.

The first cross, which had Jesus pinned to it, sparked a sinister reaction.

After many hours, Greppi was healed and never again experienced any sort of possession. Today, she’s a committed Christian — and she shares all of the details on “Playing With Fire.”

“I was born again. That day I was born again and it was beautiful,” she said. “My heart goes out to these people who are deceived, [who] are in this darkness. It’s deadly and it kills you and that’s what these spirits want to do.”

The impact of Greppi’s healing was deep and profound on her family, with many of her loved ones later converting to Christianity.

Her son, Andre, said he knows some will be skeptical of the story, but he said what his mother and the family experienced was “undeniable.”

“I know out there there’s a lot of doubt about this,” he said. “The truth is the truth and once you’re faced with it you have to decide.”

An Example in New Orleans