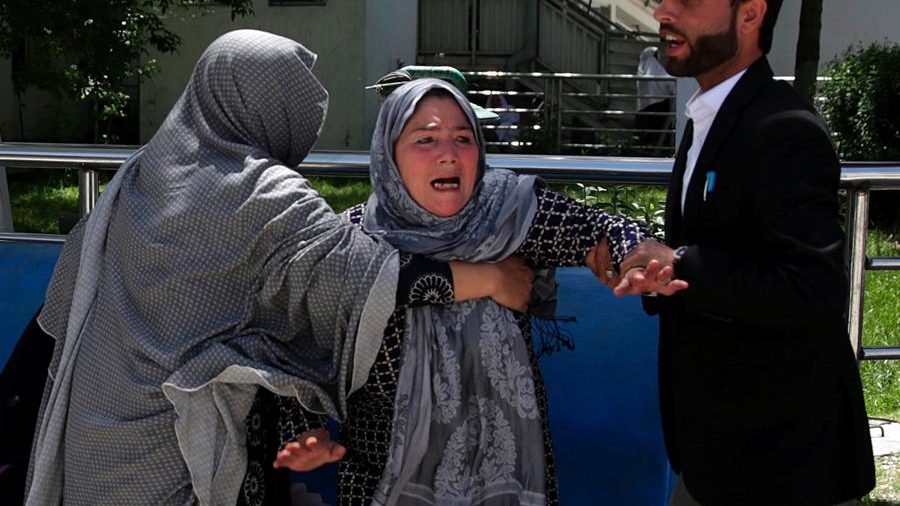 A woman shouts and cries at a hospital after she lost her son in a suicide attack on a voter registration center in Kabul, Afghanistan, Sunday, April 22, 2018. Gen. Daud Amin, the Kabul police chief, said a suicide bomber targeted civilians who had gathered to receive national identification cards.

This article is available to read at the Associated Press Archive Link here: https://apnews.com/2f09c88c00e0411c80ada0a15817cbeb/Islamic-State-suicide-bomber-kills-57-in-Afghan-capital

2 US Service Members, 2 US Civilians Killed in Syrian Blast