Is the President a Bad Role Model for Children? 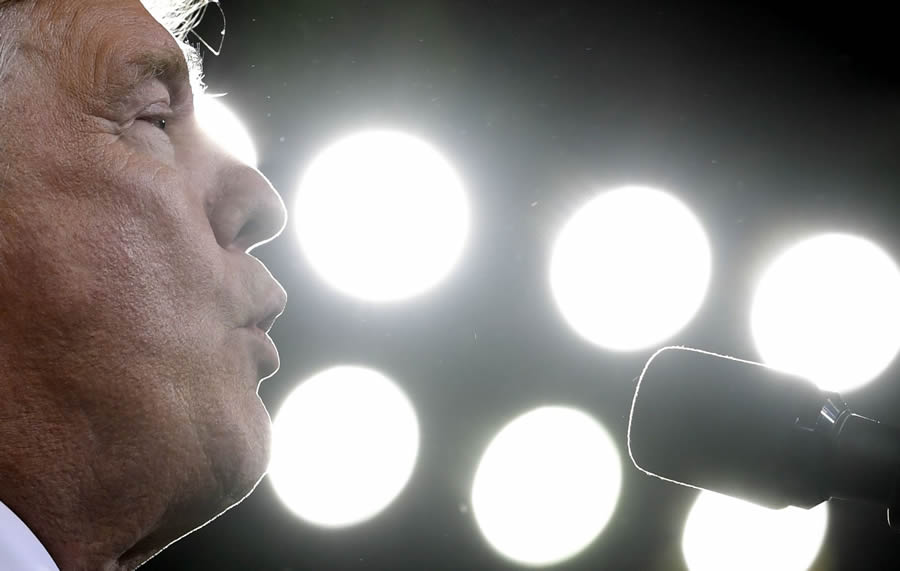 “Most voters say President Donald Trump is not a good role model for children, according to a new Quinnipiac University poll.

As someone who has devoted his life to writing and speaking about moral issues and the importance of character, I am regularly criticized for supporting President Trump. Democrats and Republican opponents of the president consider conservatives who support the president to be, at best, inconsistent with conservative values such as tempered speech, commitment to truth, support for European allies and free trade. And those of us who are religious conservatives and support the president are deemed hypocrites for supporting a man who has presumably committed adultery on more than a few occasions and said gross things about women in a private conversation.

Perhaps the most common objection to supporting the president is this: “He is a terrible role model for children.”

So, let me address this objection.

A Moral Obligation for All Men

As a father and grandfather, I would like every adult man (and woman — but I’ll confine my comments to men) to be a model for younger men. I consider it to be a moral obligation of every man to aspire to be a model for younger men. Perhaps the most meaningful compliment I receive is when a man calls my radio show or writes an email and tells me that he sees me as a “father figure.” I always respond how meaningful that statement is to me and always add that this is precisely what every man should aspire to be.

My suspicion is that this was much more common an aspiration among men generations ago. It is one of the reasons adult men and women seek to be called by their first names rather than “Mr.” (or, in the case of women, “Miss” or “Mrs.”) Many members of the baby-boom generation have not wanted to grow up: They dress, talk and act like teenagers, and many delay engaging in one of the most important statements of maturity — getting married — as long as possible. More men than ever never get married. In short, they want to see themselves as peers of young people, not father figures.

So then, if I emphatically support the idea that adult men should seek to be models for younger men, how could I support a president who apparently isn’t?

The Role of President Trump

The answer should be so obvious I am disappointed that all conservatives do not readily understand it. The role of the president of the United States is first and foremost to be a good president. If he (or she) is a personal role model, that is a lovely bonus — but it is only a bonus. When I was young, I never regarded the president of the United States as a personal role model. That task fell on my father, my grandfather, my older brother, my uncles, my parents’ friends, my teachers, my rabbis and other older males.

President Jimmy Carter was known to be a faithful and devoted husband, and was not known for making false statements (only libelous ones after leaving office — like calling Israel an “apartheid” state). So what? Do conservative never-Trumpers think Jimmy Carter’s personal integrity mattered more, or his presidential decisions?

And, by the way, I’ll take Donald Trump’s character over that of Hillary Clinton. I believe she sold her country’s interests for personal gain. That she never committed adultery probably mattered to her husband and daughter, but not to me in determining who should be president of the United States.

Donald Trump is responsible for the lowest unemployment in generations, for appointing two conservative Supreme Court justices, for boosting defense spending, for confronting the illegal-immigrant crisis, for cutting government regulations, for strongly supporting Israel, for lowering taxes, for confronting Western European countries over their morally indefensible low defense spending and so much more that anyone who calls himself conservative should celebrate. Those achievements — not to mention preventing a left-wing, i.e. Democratic Party, victory in 2016 — are what should matter to every conservative and every American frightened by what the left is doing to the country, to its universities, high schools, families, gender relations and race relations, and everything else it touches.

If your house were on fire, would you be more concerned with the character of the firefighters sent to extinguish the fire or their firefighting ability?

The generation that grew up under one of the most decent presidential moral models — Dwight Eisenhower — turned out to be the most narcissistic, morally confused and unpatriotic generation in modern American history. So much for presidents as models for children.