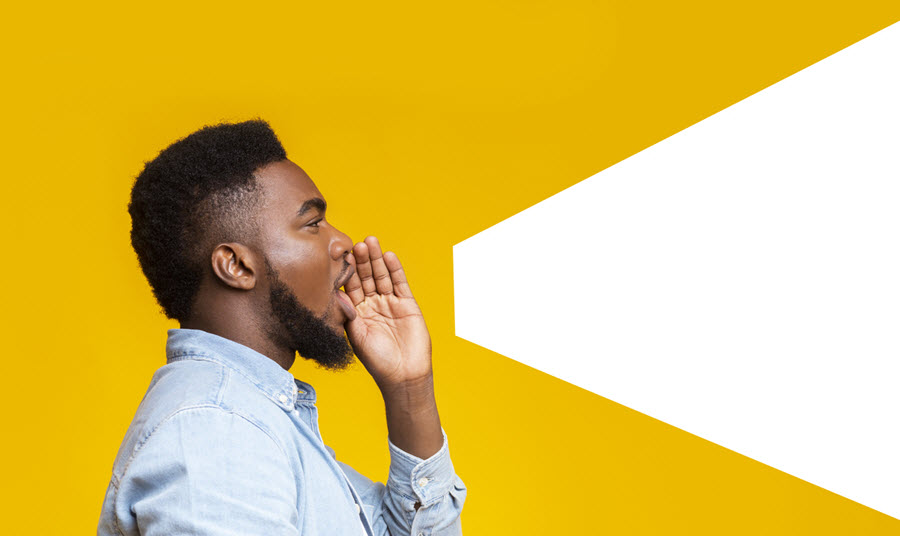 Free speech laws in Western nations have supported Christians in spreading the gospel throughout the world. Free speech is a special gift that is underappreciated by all of us. But historically, for most of 2,000 years, the church has had to survive without freedom of speech. Opposition to free speech began early in the history of the church. Shortly after the church was birthed, to preach in the name of Jesus was considered forbidden speech; it was hate speech that carried the penalty of imprisonment and sometimes even death.

Take time to reread Acts 4. Peter and John performed a miracle in the name of Jesus. But the authorities were not pleased. For this the two were arrested. When asked to defend themselves, Peter boldly proclaimed that the miracle was performed in the name of “Jesus Christ of Nazareth, whom you crucified…for there is no other name under heaven given among men by which we must be saved” (Acts 4:10, 12).

Fear God more than the flames.
Fear Him more than your reputation.

No political correctness here. “By your agreement, you let Jesus be crucified, and if you don’t believe in Him, you have no salvation!”

When Peter and John were threatened and warned to no longer speak in the name of Jesus, they answered, “Whether it is right in the sight of God to listen to you rather than to God, you must judge, for we cannot but speak of what we have seen and heard” (verses 19-20). Take it or leave it — your threats will not keep us from preaching the gospel!

Remain Faithful, No Matter the Consequences

The martyrs before us have shown that it is not necessary to have free speech in order to be faithful. Richard Wurmbrand, in Tortured for Christ, wrote about parents who taught their children the Christian faith. “If it was discovered that they taught their children about Christ, their children were taken away from them for life — with no visitation rights.”¹

Of course, our speech must be with grace seasoned with salt. Free speech does not mean that we speak judgmentally to our nation as if we are free from our own weaknesses and sins. We give reason for the hope within us with respect, meekness, and fear (see 1 Peter 3:15).

One of my heroes is the sixteenth-century Reformer Hugh Latimer. When asked to preach in front of King Henry VIII, he struggled with exactly what to say. You’ll recall that Henry had the reputation of chopping off the heads of his enemies, including two of his wives.

As it turned out, Latimer boldly declared God’s Word, and although Henry spared his life, Henry’s daughter, Queen Mary (Bloody Mary), had him burned at the stake in Oxford. As he was dying amid the flames, he called out to Bishop Ridley, who was also consigned to the flames with him, and is quoted as saying, “Master Ridley, play the man; we shall this day light such a candle, by God’s grace, in England, as I trust shall never be put out.”²

The secret of boldness? Fear God more than the flames. Fear Him more than your reputation. Let us be done with fainthearted, tepid leadership. Ours is the day to “play the man” with bold, uncompromising truth and love, risking it all for God.

We can expect views that differ from those of the thought police will be boycotted, shamed, and outed. But we will not be silenced. We will endure the shame, the ridicule, and the penalties.

We will be heard, and we pray that the church will speak with one voice.

Dr. Erwin W. Lutzer is pastor emeritus of The Moody Church, where he served as the senior pastor for 36 years. He is an award-winning author well as the featured speaker on three radio programs heard on more than 750 national and international outlets.

Excerpted with permission from We Will Not Be Silenced by Erwin W. Lutzer, published by Harvest House Publishers, Eugene, OR, 97408. Copyright 2020, Erwin W. Lutzer.