A resurrection from the dead goes against the laws of nature — it’s impossible. So how do we make sense of the Bible’s claims of Jesus’ resurrection? 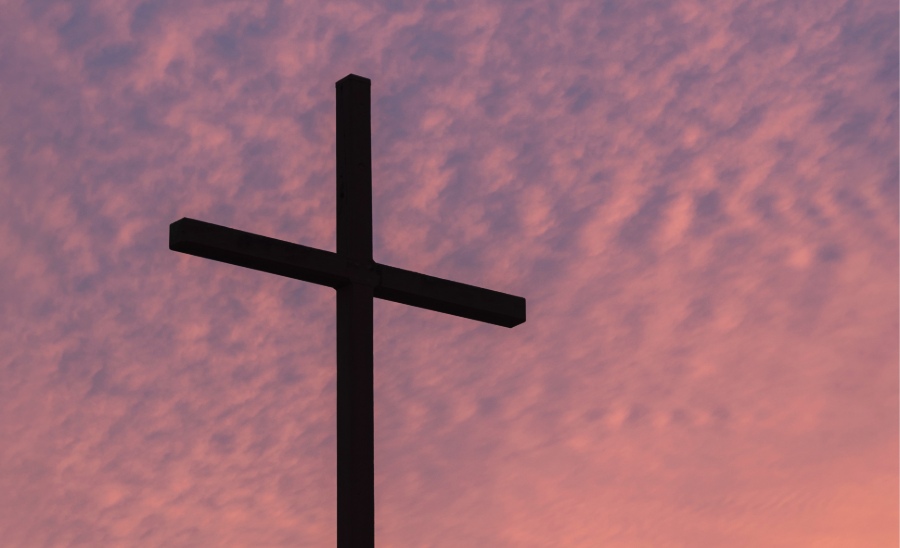 Amidst the annual egg hunts, chocolate bunnies, and barely edible sugar-covered marshmallows, it’s easy to forget the real meaning behind Easter. For Christians, Easter is about more than just pastel colors and family gatherings. It’s about the physical resurrection of a Jewish carpenter 2,000 years ago in Judea. This belief stands at the center of what it means to be a Christian: Jesus Christ died on the cross, and rose from the dead three days later.

Perhaps in this season of social distancing, there will be less to distract us from the message. That said, for some, the idea itself goes beyond the silliness and irrationality of the Easter Bunny. At least a giant anthropomorphic rabbit who hides (steals? eats? Just what is he supposed to do, really?) eggs is at least theoretically possible. But a resurrection from the dead goes against the laws of nature — it’s impossible. Dead people stay dead, and nothing good can come from claiming otherwise.

This challenge is nothing new. Unless the critic is a fan of philosophy, they may not know that their arguments echo the skeptical British thinker, David Hume. Many naturalists (those who believe there is nothing that goes beyond the physics, chemistry, and physical stuff of this universe) still reference Hume’s arguments, claiming that he, once and for all, demolished the idea of miracles.

Intrigued by their confidence, I recently read Hume’s classic 1748 work Of Miracles for myself. Much could be said to criticize his arguments (check out atheist philosopher John Earman’s blistering rebuttal, Hume’s Abject Failure), but let’s briefly examine Hume’s central point.

‘A Violation of the Laws of Nature’

Hume claimed that miracles are, by definition, impossible. In his own words, “A miracle is a violation of the laws of nature; and as a firm and unalterable experience has established these laws, the proof against a miracle, from the very nature of the fact, is as entire as any argument from experience can possibly be imagined.” [1] That’s a lot of grandiose verbiage, but here’s the essence of what he’s saying:

You may have already caught the problem with this statement: It’s old-fashioned circular reasoning! Hume assumes the very thing he’s trying to prove. Restated, he is essentially saying “Miracle experiences are impossible because no one has experienced a miracle.” It’s simply the same claim twice in a row, without any evidence for its repeated assertion. This is like saying “Garlic bread tastes good because it is delicious,” or “You must obey the law, because it’s illegal to break it.” These statements aren’t necessarily false, but there’s no reason given to think that they’re really true.

‘A Miracle is by Definition an Exception’

Ok, but isn’t it still true that dead people stay dead? Yes that’s the general rule. But even if miracles happen far less than natural occurrences, why would that make miracles impossible? As C.S. Lewis explained,

mere experience, even if prolonged for a million years, cannot tell us whether the thing is possible. Experiment finds out what regularly happens in Nature: the norm or rule to which she works … A miracle is by definition an exception. How can the discovery of the rule tell you whether, granted a sufficient cause, the rule can be suspended? [2]

God is the Creator of life and death. So why can’t He make an exception, intervene, and raise Jesus from the dead? If He designed the world with certain regularities, why can’t He also interrupt the normal course of events if He should so desire? There would be no logical contradiction in that.

Besides, what about the millions of people who claim to have experienced a miracle? Or the large number of well-documented cases of miracles? Or the peer-reviewed scientific study showing the connection between prayer and healing? In a world where miracles are impossible, how could all (or any) of these be the case? In light of this, I’m compelled to conclude that miracles are not only possible, but that they’ve actually happened.

What About the Resurrection?

So what about the specific claim that Jesus rose from the dead? Maybe this isn’t an impossible or irrational claim — but why should we believe it? Is it something that just has to be taken on faith? Surprisingly, no.

Belief in the resurrection is actually supported by a large body of historical evidence. This data isn’t just promoted by Christian scholars, but acknowledged by the majority of secular scholars as well. For example, most historians agree that Jesus was really dead on the cross, his body was missing from the tomb three days later, the disciples were convinced they had seen him alive, and this was all reported within the lifetime of the eyewitnesses. Skeptics like Saul and James were convinced that Jesus had risen from the dead. So were thousands of others in the very city where Jesus was crucified and buried. [3] The resurrection not only explains all of these facts, it does so far more comprehensively than any other hypothesis.

That Jesus rose from the dead is not only possible — I believe that it’s true. It’s just as the Apostle Paul said in 1 Corinthians 15:20: “But Christ has indeed been raised from the dead, the firstfruits of those who have fallen asleep.”

For more of the specific evidence that points toward the resurrection, watch this 15 minute presentation:

Matthew Mittelberg is a fulltime Oxford Centre for Christian Apologetics fellow based in Atlanta, Georgia. He earned a bachelor’s degree in entrepreneurial business from Grand Canyon University in Phoenix, Arizona, received his certificate of theological studies from Wycliffe Hall, and was trained at OCCA.

[3] Summarized by Dr. Michael Licona in The Case for Hope, Strobel, Chapter 2