Iran’s President Should Be Barred From the UN General Assembly, or Arrested 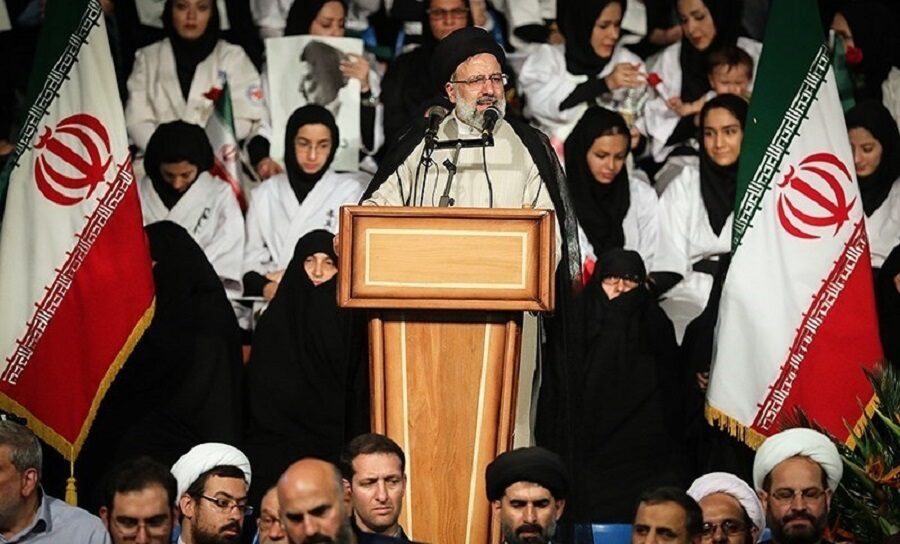 The United Nations is on the verge of welcoming one of the world’s worst violators of human rights to participate in the opening of the General Assembly’s 77th session. The United States has the power to prevent that criminal from legitimizing his administration and whitewashing his own history, insofar as it can deny Ebrahim Raisi the travel visa he requires to participate in the gathering. If it nonetheless allows the Iranian president to visit the UN headquarters in New York, the U.S. should immediately take measures upon his arrival to demand accountability for his role in past and ongoing crimes against humanity.

The ‘Butcher of Tehran’

The need for such accountability has only grown more imperative since Raisi’s appointment to the presidency. That was widely recognized as a part of an ongoing trend whereby Iranian officials have been rewarded with positions of ever greater power and influence for their participation in the massacre of political prisoners during the summer of 1988. Raisi was one of the main perpetrators of that massacre, having served on the Tehran “death commission” that oversaw the interrogation and summary execution of detainees in the political wards of Evin and Gohardasht Prisons.

Raisi’s conduct as president has been recognizably in line with both of these prior roles, as well as with his longstanding reputation as the “butcher of Tehran” — a label that stems in part from accounts that the current president was uniquely enthusiastic about extremely broad implementation of the 1988 fatwa with which then-Supreme Leader Ruhollah Khomeini laid the groundwork for that year’s massacre. That religious edict expressly targeted the country’s leading pro-democracy opposition group, the People’s Mojahedin Organization of Iran, declaring its members to be inherently guilty of the religious crime known as “enmity against God,” which carries the death penalty.

Nationwide, an estimated 30,000 political prisoners were killed as a result of that fatwa, about 90 percent of whom were MEK activists. Several thousand of those killings took place in Evin and Gohardasht Prisons alone, making Ebrahim Raisi primarily responsible for them. The massacre is unquestionably one of the world’s worst unresolved crimes against humanity because of the stubborn silence of the international community.

The Stubborn Silence of the International Community

Western powers and the United Nations were made well aware of the killings by Iranian activists while they were still ongoing, and although a UN resolution at the time condemned the clerical regime for an upsurge in politically-motivated killings, it took no further action to hold the regime or the individual perpetrators of those killings accountable. In 2019, a group of UN human rights experts published an open letter that highlighted this inaction and described it as having a “devastating impact” on those directly affected by the 1988 massacre as well as on the general situation of human rights in Iran.

This is to say that inaction over what the late cleric Hossein Ali Montazeri called the “worst crime of the Islamic Republic” has left the regime with an overarching sense of impunity in matters related to human rights and political violence. This impunity was placed on prominent display in June 2021 when Raisi was confirmed as the new president. In fact, the director general of Amnesty International at the time, Agnès Callamard, described that development as a “grim reminder that impunity reigns supreme,” and noted that instead of ascending to the presidency, Raisi should have been “investigated for the crimes against humanity of murder, enforced disappearance, and torture.”

Raisi’s UN attendance would only further reinforce the sense of impunity that guides the malign activities of the Iranian regime as a whole. Since formally taking office just over a year ago, the president has overseen a staggering increase in the Islamic Republic’s already world-leading rate of executions. There can be little doubt that this trend reflects a strategy of public intimidation with which Raisi and Supreme Leader Khamenei hope to subdue the movement for regime change which has been made manifest in eight nationwide uprisings over the past five years.

Raisi is only one of many officials who have been directly rewarded for their roles in the 1988 massacre. In fact, only one person has faced any such consequences, and he only recently. Earlier this year, a Swedish court sentenced former Iranian prison official Hamid Noury to life in prison for war crimes and mass murder, based upon testimony from dozens of survivors of the 1988 massacre who served time in Gohardasht Prison. Virtually all of them reported in their testimony that they had also had encounters with Ebrahim Raisi, and so that testimony potentially represents an opportunity for the UN to jump-start its commission of inquiry.

An Opportunity for Accountability

That opportunity has lately been augmented by a civil case against Raisi in the Southern District of New York, filed by the relatives of several persons killed at the hands of his death commission. The U.S. court system now has a responsibility to present Raisi with that complaint if and when he arrives in New York. But that alone will not be enough to counter the General Assembly’s legitimization of his rule. For that purpose, the U.S. should either bar Raisi from attending at all, or hold him and other regime officials, such as Supreme Leader Ali Khamenei, accountable for crimes against humanity and genocide.

Tehran’s Global Campaign Against Democratic Opposition Must Be Stopped