Iran is Rational, Dying and Deadly

Yes, Iran is a rational actor. But the Nash Equilibrium teaches us why it may be the more dangerous for being so. 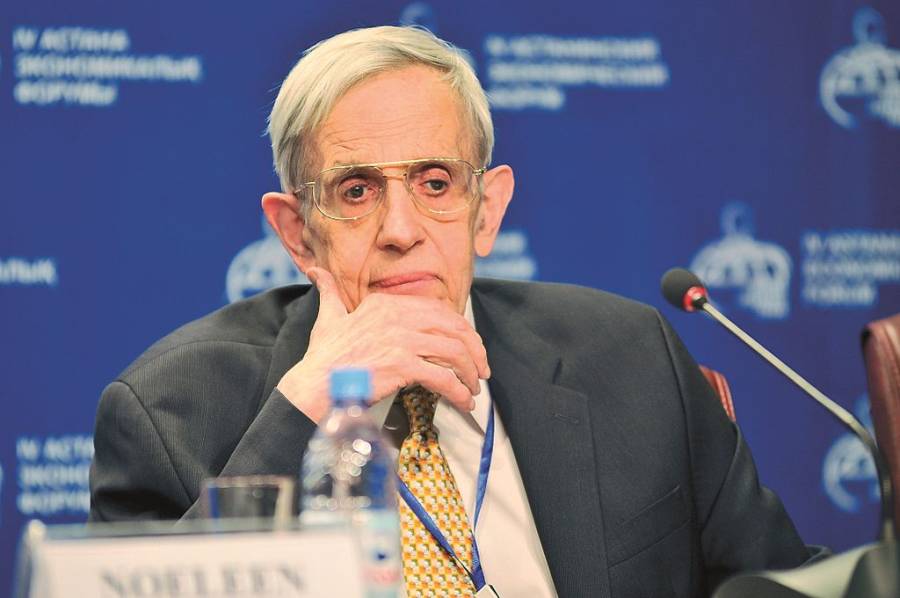 Nobel Prize-winning mathematician John Nash, whose Nash Equalibrium theory explains why a party may choose an oddly unattractive option to decrease the risk of a worse outcome.

I am weary of reading (as I did yet again under the byline of Matthew Duss in Tablet Magazine) that Iran is a “rational actor.” Of course it is a rational actor. It is doubly dangerous for being rational, like a bank robber with a brain tumor taking a hostage. It is a dying country whose rational interest lies in desperate gambles. The bones of rational actors lie in heaps along the timeline of Western history. The Entente and the Central Powers of 1914 were rational actors; so were the Germans and Japanese of 1939 and 1941, not to mention Cardinal Richelieu of France, the Count-Duke Olivares, and Ferdinand of Austria during the Thirty Years’ War. The Athenians of the Peloponnesian War were rational actors. Napoleon was a rational actor. The leaders of the Confederacy during our Civil War were rational actors. What they have in common is that rationality can produce catastrophic results.

There is a specific form of rationality celebrated as a “Nash Equilibrium,” after the Nobel Laureate John Nash whose tragic battle with schizophrenia made him a cultural icon. Dr. Nash died May 23; few of the obituaries explained just how dour his theory was. In a multi-player game in which all players know the intentions of the others, individual players may accept a less than optimal outcome. For example: why do businesses who sell the same product cluster on the same block, rather than choose a location where they might command a higher share of the trade? The answer is that each business fears that if customers learn to go to a certain block to buy a certain kind of product, they will ignore businesses situated elsewhere. Each business accepts lower volume to mitigate the risk of an even worse outcome.

A Nash Equilibrium may lead to extinction. Suppose you are a hunter-gatherer tribe that lives by killing mastodons. If competing tribes kill more mastodons than you do, they will grow stronger and exterminate you. All the tribes strive to kill as many mastodons as possible, and the mastodon becomes extinct, and so do all the tribes. That is a rational course of action (in fact, the only rational course of action under the circumstances) that leads to the worst possible outcome.

World War I was just this sort of Nash Equilibrium. As I wrote on the war’s 100th anniversary:

None of the European heads of state wanted a war (except perhaps the French), but all of them considered war the second best choice.

The Peloponnesian War was a Nash Equilibrium. Half of Athens’ food came from its colonies, which it ruled with the threat of massacre. Colonial tribute fed the Athenian mob. The great comic poet Aristophanes scorned the leaders of Athens as follows:

They are the men who extort fifty talents at a time by threat and intimidation from the allies. “Pay tribute to me, they say, or I shall loose the lightning on your town and destroy it.” And you, you are content to gnaw the crumbs of your own might. What do  the allies do? They see that the Athenian mob lives on the tribunal in niggard and miserable fashion, and they count you for nothing, for not more than the vote of Connus; it is on those wretches that they lavish everything, dishes of salt fish, wine, tapestries, cheese, honey, chaplets, necklets, drinking-cups, all that yields pleasure and health.

The historian Thucydides blamed the catastrophic Athenian campaign in Sicily during 413-415 B.C.E., and his city’s ultimate humiliation, on the Athenians’ quest for loot. Athenian democracy voted to attack a fellow democracy, the Sicilian city of Syracuse, “on a slight pretext, which looked reasonable, [but] was in fact aiming at conquering the whole of Sicily. … The general masses and the average soldier himself saw the prospect of getting pay for the time being and of adding to the empire so as to secure permanent paid employment in the future.”

Israel Will Have More Military-Age People Than Iran by 2075

The chief adviser to the Iranian government on water management warns that the country’s water resources are disappearing so fast that “Approximately 50 million people, 70% of Iranians, will have no choice but to leave the country.”  Iran has the highest rate of infertility in the world (reportedly 25% of all married couples), which may be due to the world’s highest rate of STD infections . As things are going, Iran will implode as a nation during the next twenty years. Iran’s government is making matters worse: 25% of its university graduates (and the majority of its most-qualified university graduates) emigrate. The Iranians with the skills to address the country’s existential problems for the most part have fled the country.

It is not outside the realm of possibility that a different regime in Tehran could woo back its talented diaspora, obtain foreign investment, buy Israeli water management technology to achieve the required 50% reduction in water consumption, and save the country. This government cannot do any of these things. What it can do is destabilize, terrorize, and aggrandize itself at the expense of its oil-rich neighbors. Iran is Nash’s Equilibrium saddled on one of the horses of the Apocalypse.

Periclean Athens killed off a quarter of the city’s population. Richelieu’s France and Ferdinand’s Austria killed two-fifths of the population of Central Europe. Napoleon killed 30% of the military-age population of France, and the Confederates came close to Napoleon’s number in four years of Civil War. And all of them were a lot of more rational than the ayatollahs of Tehran.

A few dozen bunker-busters would cripple Iran’s nuclear program and humiliate its regime, opening the way for regime change (which the United States should fund covertly). That would give the Iranians a chance to survive — not a guarantee, but a chance. As things are going, the clerical regime will leave a ruined, parched and depopulated land behind it a generation from now.

Originally published in Asia Times on July 10, 2015.  Republished with permission.