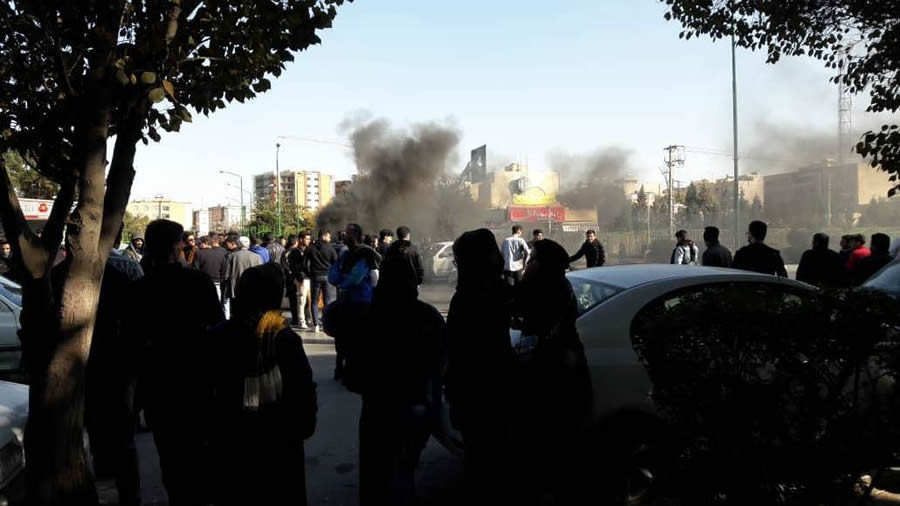 Iran unleashed its proxies in Iraq to attack the US Embassy in Baghdad on the last day of 2019. That speaks volumes about the nature of Tehran rulers. President Trump correctly held them accountable. The ayatollahs’ conduct at home and abroad has been utterly malign. Period. They stand out as one of the most pressing challenges the international community faces as we enter 2020.

In November, major protests broke out in Iran. The regime’s response was unprecedentedly brutal. International rights group Amnesty International condemned “the frequency and persistence of lethal force” deployed against peaceful demonstrations. Astonishingly, the death toll has now surpassed 1,500. Over 4,000 have been injured, and more than 12,000 are in prisons and at risk of torture. Some reports have indicated that a number of detained protesters have already been tortured or killed. Yet, the world community is not holding the regime’s officials accountable for these crimes against humanity.

There are harrowing accounts. In the city of Mahshahr, the Islamic Revolutionary Guard Corps (IRGC) arrived with tanks and armored vehicles. After unarmed protesters came under fire and fled into a nearby marsh, the IRGC surrounded them and used truck-mounted machine guns to massacre as many as 100 people.

In other cities, IRGC agents fired into crowds from the roofs of government buildings. And videos show IRGC and other security forces shooting some fleeing protesters in the back. The UN’s top human rights official, Michelle Bachelet, said last Friday that the forces in question were unmistakably “shooting to kill.”

What makes the entire episode more chilling is that the Iranian regime cut off all internet access for roughly the first week of demonstrations. It clearly had the intent of massacring as many people as possible to prevent the spread of protests.

The leading opposition group, the Mujahedin-e Khalq (MEK), was the most active movement on the ground in Iran. In addition to sending out videos and credible news, its “Resistance Units” also led and guided the protests. On December 15, it said 1,500 protesters had been killed. Since then, various news agencies and US State Department officials have cited the MEK’s reported figures as their sources.

After the resumption of internet access, in just a few days, upwards of 20,000 messages reached the US State Department, according to Secretary of State Mike Pompeo.

The MEK, along with its parent coalition the National Council of Resistance of Iran (NCRI), have also emphasized that the protests are not over. Some regime officials have acknowledged that arrests are still being made, while “leaders” of the uprising are still being identified.

The NCRI says thousands of detained protesters are under excruciating conditions. The regime’s suppressive forces have reportedly transferred many of the wounded out of hospitals and placed them under torture. Many of the detainees, including those in Shiraz, are being pressured to take part in televised “confessions” and speak out against the uprising and the MEK. Amnesty International has called for those arbitrarily arrested to be released.

Suppression is now virtually the only factor forestalling the mullahs’ overthrow. Regardless of whether Western policymakers think it is worthwhile to put pressure on Tehran or support the change of this regime by the Iranian people, there should be no question about their responsibility to halt a massacre if they are able to do so. When it comes to defending the Iranian protesters and defending them against the ayatollahs’ brutality, Europe should stand shoulder to shoulder with the US.

Some governments may think they have dodged this responsibility simply by waiting out the unrest. They must be reminded that both the protests and the regime’s crackdowns are far from over. And even if the nationwide uprising were brought to heel, it wouldn’t mean that the participants in that uprising were suddenly safe. Iran’s jails are already over capacity, and the regime has threatened to execute those deemed responsible for the unrest. It’s a safe bet that as soon as the world’s attention is focused elsewhere, Tehran will make good on that promise.

This is why the international community must offer a permanent response to the present situation. As Iranian opposition leader Maryam Rajavi has urged, the world community should demand that the regime grant free access to the country for UN human rights experts and other monitors who are committed to safeguarding the rights of protesters throughout the world. US can play a leading role to this effect.

Until the international community can effectively guarantee that Tehran’s repressive policies are a thing of the past, no free, democratic nation should willingly engage in trade or diplomatic exchanges with Iran. The regime cannot refuse this ultimatum without affirming its intent to continue murdering its own people.

It is an affront to humanity and a serious shirking of moral responsibility to for the international community to remain silent in the face of the crimes being committed against humanity in Iran. The UN must act now to send a fact finding mission to Tehran to investigate the regime’s crimes. Tehran’s leaders must face justice, lest more crimes against humanity continue unabated.

Ken Blackwell is the former United States Ambassador to United Nations Commission on Human Rights. He is presently an advisor to the Family Research Council on matters of Human Rights and Constitutional Governance.