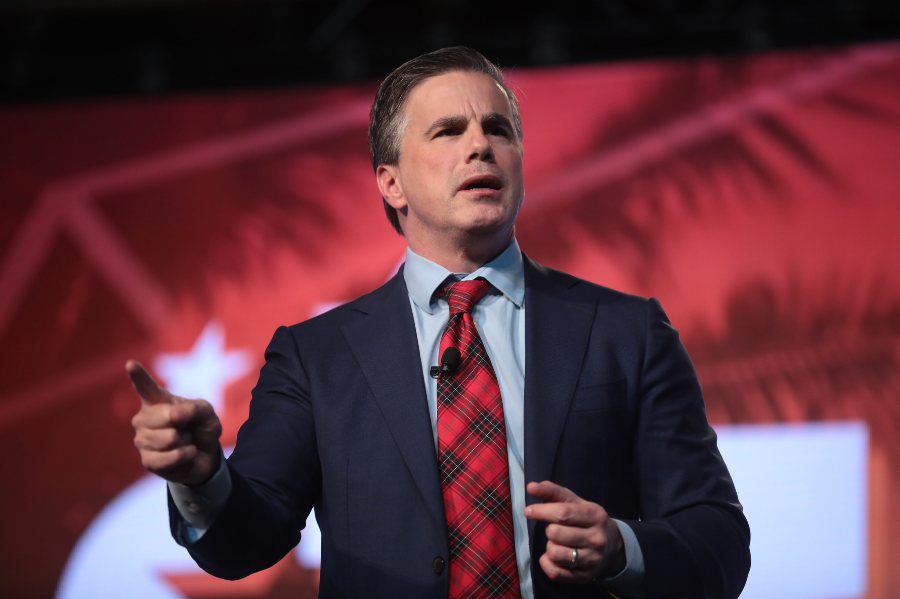 This strategy tied right back to the Biden campaign through SKDKnickerbocker, a communications company that developed Biden’s mail-in vote campaign for the states of Pennsylvania, Michigan, Arizona and Wisconsin. (Funny how these all happen to be key states with contested election results.) SKDK would go to the California Office of Election Cybersecurity and advise them of posts about the election that they thought should be taken down, and that government office would, in turn, go to social media giants Facebook, Twitter, and Google and ask them to take down those posts or flag them as “misinformation.” Two dozen posts were censored in this way.

Censorship Makes Its Way to Iowa

Now, through another open records lawsuit, Judicial Watch has uncovered another example of the same kind of censorship, this time in Iowa.

“These records are yet another example of state officials conspiring with Big Tech to deny Americans their First Amendment rights,” said Judicial Watch president Tom Fitton.

Again, the significance of this is that it isn’t just a private corporation such as Facebook censoring communication — which is bad enough — but involves government as well, and on a subject as constitutionally important as the election. It should send a chill up anyone’s spine who cares about the First Amendment, specifically the protection of political speech.

Once more, a line has been crossed, and we’re into government censorship territory.

When you read the story as reported in The Epoch Times, you’ll marvel at how aggressively the Iowa Secretary of State’s Office worked to try to get Twitter to take down posts. Facebook rolled right over, but to his credit, Kevin Kane at Twitter resisted, saying the post (by Judicial Watch) “is not in violation of our election integrity policy as it does not suppress voter turnout or mislead people about when, where, or how to vote.”

This wasn’t just Iowa pressuring Kane, either. The Iowa office had enlisted the director of communications for the National Association of Secretaries of State. When Twitter still didn’t comply, they wouldn’t let it drop and took it another step, to the Cybersecurity and Infrastructure Security Agency (CISA) in the Department of Homeland Security.

I can’t believe I’m saying this, but Twitter deserves credit for not bending to the pressure.

What’s All the Fuss?

So, what was the posted comment by Judicial Watch that generated all this fuss? Judicial Watch had said that eight Iowa counties had voter registration rates at greater than 100 percent of the voting-age population. This is an amazing statistic to be sure, but it was based on data that had been supplied by the state of Iowa to the federal Election Assistance Commission (EAC).

“The EAC data is the gold standard,” Fitton told The Epoch Times when this dispute was going on. In other lawsuits filed in other states, Judicial Watch had successfully used their data. Here’s JW’s full statement at the time. They had high confidence in their claim and advised Iowa to clean up its voter rolls.

The problem here is, it wasn’t enough for the state of Iowa to dispute the figures Judicial Watch was talking about. They tried to throw their weight around to get the post taken down. Once more, a line has been crossed, and we’re into government censorship territory.

Tracking “Extremist Chatter” — Without a Warrant

Oh, but there’s even more going with government and private business colluding to deprive us of our rights. You know that pesky little detail called a “warrant” that’s supposed to be used when the government spies on Americans? Without a warrant, federal officials are allowed by law only to scroll through public posts on social media; they can’t enter private chat rooms or follow private accounts. And the government can’t use information it obtained illegally to prosecute a case. But private citizens and companies can get the information! Can you tell where I’m going with this?

We’re not sure how much credibility to give this report, as it originated with CNN, but Biden is said to be “considering” using online firms to track “extremist chatter by Americans online.” Take a look at the picture in this tweet from CNN NationalSecurity and it’ll be obvious whose “extremist chatter” he’s talking about.

That’s right, it’s the “domestic terrorists” waving American flags in front of the Capitol Building on January 6. One consequence of their ill-advised stunt is that conservatives are now facing attacks from all sides on their constitutional rights. This is one more.

Making Use of “Outside Expertise”

“We are exploring with our lawyers, civil rights, civil liberties and privacy colleagues, how we can make use of outside expertise” — that’s how one Homeland Security official phrased it to CNN.

“Using private contractors to monitor social media sites would give DHS [Homeland Security] a work-around to warrant requirements,” reports Michael Ginsberg of The Daily Caller. “The government is required to obtain warrants before accessing private messages and social media accounts. However, in the new reported plan, the private contractors could tell the government officials what information they saw, thus avoiding the warrant application.”

Missouri Sen. Josh Hawley went on Tucker Carlson’s Fox News show Monday night to warn about this. At the time of this writing, the video clip hadn’t been posted, but it might be now.

The big take-away is this: if Biden gets private cybersecurity firms to essentially do his spying for him, he can bypass the whole warrant thing, which is sooooo inconvenient. And then he can go to court with whatever they find.