'The impulse to censor people’s speech is actually illiberal.' 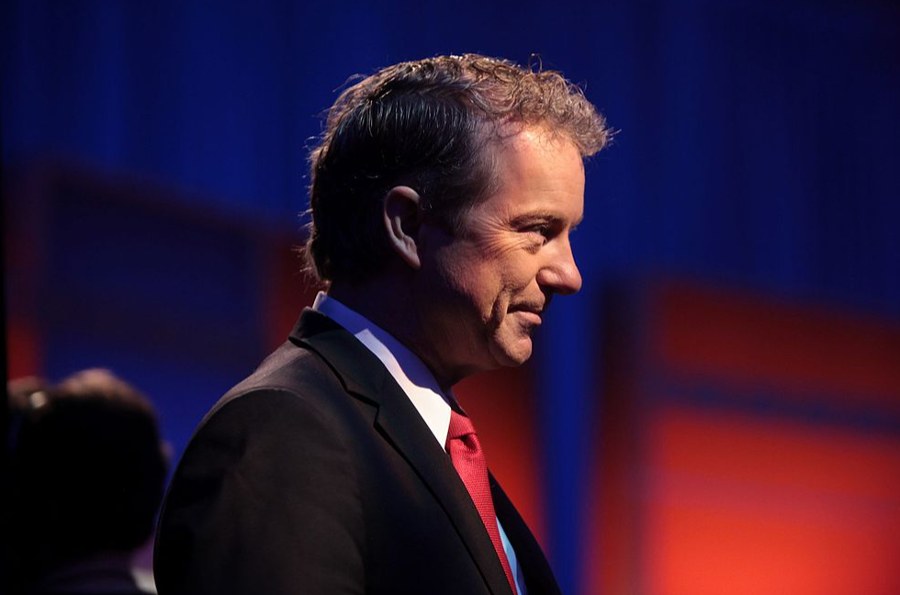 Big Tech censorship has ratcheted up over the last week: big time. In the name of combating COVID-19 “misinformation,” Twitter banned the accounts of Congresswoman Marjorie Taylor Greene and Dr. Robert Malone. Meanwhile, Facebook banned the advertising account for a children’s book series promoting “Heroes of Liberty” like free-market economist Thomas Sowell. (Facebook has reversed the decision under massive backlash. You can buy the books for your kids here).

I spoke with Senator Rand Paul, a libertarian-leaning Kentucky Republican, about why this alarming uptick in Big Tech censorship is so concerning — and why the free market, not Big Government, is the best response.

We Arrive at Truth Through Hearing More Voices

“I think they have the right as private property owners to ban me, censor me, do whatever they want,” the senator said. “But I don’t agree with it ideologically; I don’t like the idea of associating with small-minded people who are so closed-minded that they want to censor what I have to say.”

The senator argued that the best response to Big Tech bias is still market competition, not expansions of government power.

Paul explained why the idea of banning “misinformation” is actually antithetical to the scientific method properly understood.

“We only arrive at the truth through disputation, by hearing [more] voices,” he said. “It’s easy enough to say something is ‘misinformation.’ But really, a lot of things are debatable.”

“I’m a scientist, a physician… I’ve been to scientific conventions through the years,” the senator continued. “What happens when someone presents a paper, many times it’s a free-for-all. People go after them, say they were wrong on their methodology, your conclusions don’t match this, your study didn’t have this control… these kinds of critiques go on. They’re very spirited in the scientific world. Most scientists would be appalled to think that you would be allowed to publish things without a contrary opinion.”

Paul pointed to several instances where social media companies censored COVID “misinformation” at the time, that is now either proven true or at least considered a legitimate possibility.

For example, the senator himself had a YouTube video taken down where he questioned the efficacy of cloth masks. Months later, the establishment narrative has now changed, with everyone from former Biden advisors to CNN medical analysts to former FDA head and current Pfizer board member Dr. Scott Gottlieb now acknowledging that cloth masks are basically useless, and N-95 masks offer the actual protection.

Paul also pointed out that for a long time, Facebook had a policy of censoring content that suggested the COVID-19 virus could have originated in a lab in Wuhan, China, what’s known as the “lab-leak theory.” Yet this notion, initially an outlier theory, is now accepted in the mainstream as a very real possibility — and Facebook had to make an embarrassing reversal.

“It is incumbent on us to have these debates,” Paul said. “You get to the truth of things by hearing both sides, hearing all sides. Not when one side is shut out. We have to have full-throated debate to get to the truth.”

Yet the senator is absolutely not on board with those Republican senators and conservative commentators whose understandable frustration with Big Tech bias has led them to embrace Big Government policies.

“Everybody on the Right is complaining about Big Tech, but nobody’s doing anything about it,” Paul said. “They just complain, complain, complain. Their next response is ‘oh, the government should break up Big Tech or regulate it’… I don’t want to [do any of that].”

“The only thing worse than private censorship would be government censorship,” he continued. “At least with private censorship, you can choose to go somewhere else. I don’t like YouTube’s policies, so I’m leaving! If the government’s in charge, where do I go? So I’ve been opposed to things like the Fairness Doctrine from the 1970s, but I’ve also been opposed to different movements by different Republican and Democrat senators to set up some sort of regulatory speech apparatus.”

The senator was quick to acknowledge the nuances here, noting that what Big Tech companies should have the legal right to do is an entirely separate question from the morality of their actions.

“When the CEO of Twitter said the First Amendment doesn’t apply to them, he’s right,” Paul offered. “But that doesn’t make him a laudable person or someone I want to associate with. These are people who are narrow-minded and not ‘liberal’ in any way. The impulse to censor people’s speech is actually illiberal.”

“They’re coming to this Platonic idea that, basically, it’s too dangerous to let the rabble know things, we need to protect them from certain ideas that might be unsettling,” he continued. “But that’s not a step forward; I think that’s a couple-thousand-year-old step backwards.”

The Best Response is Market Competition

The senator argued that the best response to Big Tech bias is still market competition, not expansions of government power.

“The way you get more speech is by going to competitors and trying to drive up more competition in the marketplace,” Paul said. “By leaving YouTube and going to Rumble and my website, LibertyTree.com, I hope to elevate other platforms and not give free content to people who look down their nose at people like me.”

“Ultimately, the question is what’s going to be more popular?” he continued. “Do you want to go on a social media platform where people are censored, or would you rather go on where it’s a more free-spirited discussion? I think there is enough of a marketplace for people who want to choose a place where there’s more free-flowing conversation.”

To join Senator Paul’s exodus from YouTube, subscribe to his channel on Rumble or check out LibertyTree.com. To listen to the full audio of this interview, subscribe to the BASED Politics podcast feed on Apple Podcasts, Spotify, or wherever you listen to podcasts. The full conversation will be released later this week.