Why and How Our Intel Bureaucracy Smeared Lt. Gen. Michael Flynn 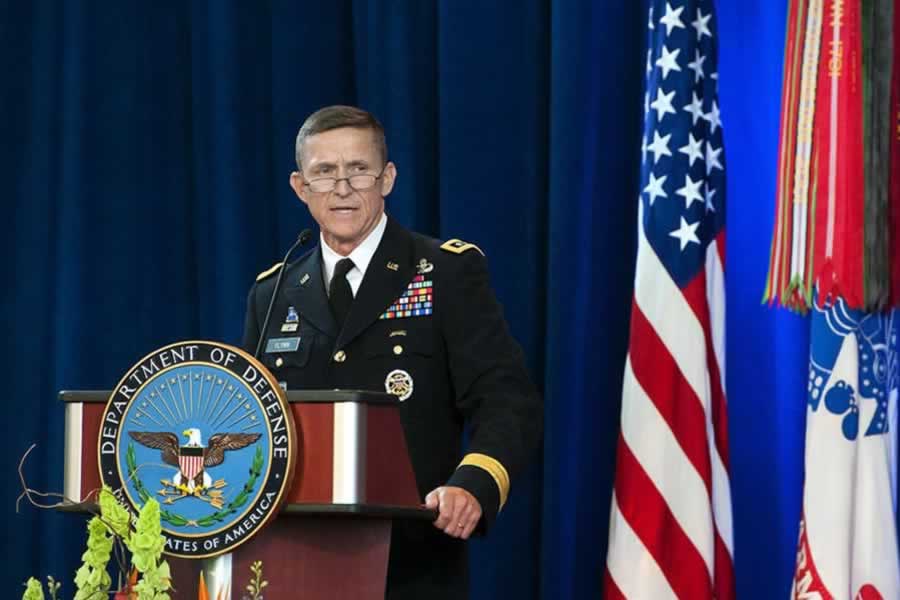 It took a long time for Svetlana Lokhova, the Moscow-born woman falsely implicated in the media of compromising Lt. Gen. Michael Flynn and having an affair with him, to put the pieces together and figure out how she was used to bring him down. But thanks in part to the digging by Flynn’s attorney, Sidney Powell, and revelations about the mysterious Stefan Halper’s role as conduit between intel officials and certain water-carrying reporters, she thinks she has figured it out.

Chapter 2 of Lee Smith’s new book The Plot Against the President: The True Story of How Congressman Devin Nunes Uncovered the Biggest Political Scandal in US History, sets the stage by going into detail about why Obama and his State Department didn’t want Flynn around. This seasoned general did not shrink from challenging policies with which he found fault.

Most significantly, Flynn strongly disagreed with Obama on the Iran nuclear deal, and Obama absolutely could not tolerate anyone or anything getting in the way of that (terrible as it was). The administration wanted Flynn gone long before Trump came down the escalator and announced his candidacy for President, let alone got elected, let alone named Flynn as his national security adviser.

By then, of course, Obama could see the writing on the wall and knew that Trump would be going in another direction, one that would completely change course from what he’d been doing in the Mideast. (Of course, by then, tremendous damage had been done. But I digress.)

Flynn had become an obvious threat to the existing intelligence community by 2010, when he published an article called “Fixing Intel: A Blueprint for Making Intelligence Relevant in Afghanistan.” To sum it up, Flynn thought the bureaucracy was “clueless” (his word) when it came to what was happening in the field. By the time information as sent to Washington and channeled through all the levels of hierarchy, it might be too late for soldiers on the battlefield, who needed to be able to use intelligence on the spot. He wanted to minimize the intel bureaucracy’s role.

As Smith writes, “his proposed revolution threatened the budgets, jobs, and prestige of thousands of spies who constituted the intelligence bureaucracy.”

To put it mildly, the intelligence bureaucracy did not like this.

After he resigned as head of the Defense Intelligence Agency (DIA) in April 2014 and started a consulting firm that worked with foreign clients, he also started advising several GOP candidates for the 2016 race, telling reporters “he’d moved into public life because he thought the country was at risk.” He spoke openly about the corruption of the Clintons and “said he’d be willing to talk to anyone if it would help keep Hillary Clinton out of the White House.”

My kind of guy.

As Smith tells the story, by late 2015, fellow “revolutionary” Donald Trump was looking like the front-runner and Flynn was seen as moving closer to him. In December, Flynn’s adversaries found an opportunity to compromise him — by making it appear that he HAD been compromised — using a photograph of him sitting next to Vladimir Putin. He and Putin were at a Moscow banquet commemorating the tenth anniversary of the Russian government-owned news network, RUSSIA TODAY (which now simply goes by “RT”). Flynn’s speakers bureau had arranged for him to attend the banquet and give the speech. He was given a defensive briefing both before and after the trip, as was the protocol. Everything was transparent and above board.

But the intel community had its eyebrow-raising photo, and, ironically, used the propaganda techniques employed by Josef Stalin to tar Flynn with it as a tool of Russia.

Svetlana Lokhova and the First Targeting of Flynn

And that wasn’t the first time they had set him up to look compromised. Here is where Svetlana Lokhova fits in. A dinner was given in Flynn’s honor in February of 2014 by Sir Richard Dearlove, a former director of the U.K.’s foreign spy agency MI6, at his Cambridge campus apartment, about an hour outside London. Also invited was Lokhova, a Moscow-born British historian of Soviet intelligence. (Much more detail about this meeting and those in attendance is contained in this chapter of Smith’s book.)

Lokhova understands now that a false account was created about that dinner: that she was a lovely strawberry-blonde Russian spy and had compromised then-DIA Director Flynn by having an affair with him. All completely made up.

Cut to November of 2019. Investigative reporter Margot Cleveland has a fine article in The Federalist (posted November 4) that puts another puzzle piece on the board, explaining how the fake Flynn-Lokhova story got reported as real news. Lokhova found out herself that Stefan Halper, now outed as a CIA and FBI informant (SPY), was the source for Washington Post reporter David Ignatius. Also, Cleveland reports, the MI5-connected Christopher Andrew brags in an email obtained recently by The Federalist that his friend Ignatius has “the inside track on Flynn.”

There were about twenty people at the dinner. It was quite an exclusive event. Christopher Andrew, a Cambridge professor and the official historian of Great Britain’s domestic intel service (that’s the MI5 connection), was also there, seated next to Flynn. Stefan Halper was not present, but according to Lee Smith, he was a director, along with Prof. Andrew and Dearlove, of a private intel firm called Cambridge Security Initiative (CSI). This is all just so doggone cozy, it warms your heart.

It was the filing of Sidney Powell’s brief about the targeting of Flynn that helped Lokhova put things together. Powell had already done the heavy lifting. She had determined how the CIA, FBI, Stefan Halper and others had “used the unnamed and unaware Lokhova and the complicit Ignatius to destroy Flynn.” An excerpt from her brief appearing in Cleveland’s report also brings in another name, that of Col. James Baker at the Office of Net Assessment (ONA) at the Pentagon. (This isn’t the same James Baker who worked with James Comey at the FBI.) This James Baker, Powell writes in her brief, “is believed to be the person who illegally leaked the transcript of Mr. Flynn’s calls to Ignatius.”

Lokhova has known of Halper’s role in targeting Flynn since May of 2018, when Halper was outed as an intel informant (SPY). She then sued Halper and several media outlets over the phony story linking her with Gen. Flynn.

But she didn’t know how Ignatius came to report the story until seeing Powell’s latest brief.

The role of Prof. Andrew became clearer in February 2017 when he wrote an article for the London Sunday Times entitled “Impulsive General Misha Shoots Himself in the Foot.” I assume “General Misha” is a slur against Flynn, as the article tells the fake story of Flynn and Lokhova and the dinner and the affair. After this article appeared, other media outlets such as the Wall Street Journal, New York Times and Washington Post felt free to run stories about Flynn and the comely Russian “spy.” It was all fiction.

Lokhova didn’t discover Prof. Andrew’s article until she saw the one that followed it in the Wall Street Journal in March 2017.

There’s much more detail in Cleveland’s eye-opening article, linked to below. We’ve known that our own intel community was using the media to push its narratives. But now we can see the mechanics of the shameful effort to take down Gen. Flynn, including how it enlisted the aid of foreign intel agents, in this case from Britain.

The people who did this to him need to pay.