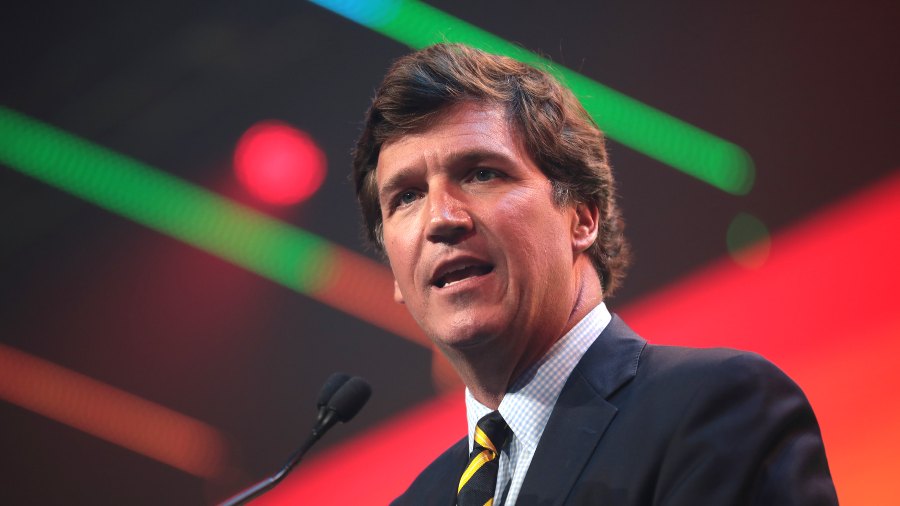 Yesterday’s story about Tucker Carlson’s claim that, according to a whistleblower, his electronic communications are being intercepted is sending some shock waves, at least through conservative media. On Tuesday evening, the National Security Agency released a formal statement, which reads:

On June 28, 2021, Tucker Carlson alleged that the National Security Agency has been ‘monitoring our electronic communications and is planning to leak them in an attempt to take this show off the air.’ This allegation is untrue. Tucker Carlson has never been an intelligence target of the Agency and the NSA has never had any plans to take his program off the air.

NSA has a foreign intelligence mission. We target foreign powers to generate insights on foreign activities that could harm the United States. With limited exceptions (e.g., an emergency), NSA may not target a US citizen without a court order that specifically authorizes the targeting.

That statement appears in the updated story from the Washington Examiner.

What the NSA Statement Leaves Out

Recall what we said yesterday about the responsibilities of the NSA as opposed to other intel agencies such as the FBI. If we’re going to split hairs, the NSA’s statement might be said to be accurate, though very misleading. The NSA isn’t necessarily “targeting” people or “monitoring” Tucker Carlson. That’s because what the NSA does, as far as we can tell, is scoop up communications indiscriminately. They have all the data: yours, mine, Tucker’s, everybody’s. And they just … hold on to it.

What their statement leaves out is that the FBI does the actual targeting. If we understand correctly, when FBI agents want to target you, an American citizen, and go before judges to get a warrant — remember, we’ve seen with Carter Page how they can falsify the evidence — that makes them the ones doing the targeting and the monitoring, not the NSA. The FBI can also get you by “hopping” from someone else who is targeted. The NSA gives them the data they’re looking for.

Is This a Denial?

On Tuesday, White House press secretary Jen Psaki was asked about the alleged targeting of Tucker Carlson by the NSA, and she stuttered quickly through a non-answer. Here is her entire response:

Uh, well, the NSA, as I think you’re well aware, I’m sure everyone’s aware, uh, everyone on this plane is aware, I should say is aware, is, uh, an entity that focuses on foreign threats and individuals, uh, who are tr-attempting to do us harm on foreign soil. So, uh, that is the, their, uh, purview, um, but, uh, beyond that, I would point you to the intelligence community.

The story at Trending Politics also brings up something we mentioned on Tuesday, that Tucker has been looking boldly into the FBI’s possible involvement in the January 6 “insurrection.” It is our contention that all roads lead to that, and that the FBI wanted to know what Tucker knew about it. They also wanted to find out who was leaking information about it to him.

“We made a very straightforward claim,” Tucker said Tuesday night. “NSA has read my private emails without my permission … Tonight’s statement from the NSA does not deny that.” And he’s right; it doesn’t.

Again, given my understanding of the division of labor among departments within the intel community, let’s see what the FBI, not just the NSA, has to say about whether or not they’re monitoring Tucker’s communications. Will they, um, well, uh, deny it?

Tucker demands answers. As big a podium as he has, this could get really interesting.

Tucker said he’d had a “very heated” conversation 20 minutes before Tuesday’s show with officials at the NSA. He asked them the very specific question, “Did the Biden administration read my emails?” and “again and again” they refused to say. They couldn’t even tell him why they wouldn’t say.

“Orwellian does not begin to describe the experience,” he said. “It was like living in China.”

I would stress that the Biden administration is trying to make this level of intrusion the “new normal,” something we all just need to get used to. But it’s not normal — it’s un-American and something we should deeply resent and strongly resist. The only thing more chilling is imagining this “what-if”: What if this whistleblower had not contacted Tucker and the surveillance had simply continued with no one ever finding out?

Tucker said that as long as the Biden administration has classified tens of thousands of Americans as “domestic terrorists” and “white supremacist saboteurs,” there will be a lot more of this.

The NSA Goes Shopping — With a Huge Dragnet

Tucker brought on civil rights attorney Harmeet Dhillon, who said she was not surprised by this. Ever since 9/11, she said, she and other civil libertarians had been “screaming about the Patriot Act.” Even so, since 1947, our laws have specified that the spying is supposed to be limited to people outside the United States who are not American citizens. Intelligence officials will say that your information is “incidental” to their spying on foreign individuals, she said, going on to bring up what was done to Carter Page to be able to spy on the Trump campaign.

She called that “a huge dragnet.” Under the current incarnation of this law, the phone companies gather this data, and they have to store it, but the NSA can “go shopping” there, “in a treasure trove of billions of pieces of data.” Anyone who might be considered “an enemy of the state” should expect that there’s some way in which the NSA can get hold of them, or somebody near them, get an order, “and then all of a sudden, they have all that information, and a bunch of unelected, faceless bureaucrats are going shopping in your data, and then talking to the guy next door [or] in the cubicle next door …”

The War on Terror — Re-directed Inwards

Thus, the war on terror has been re-directed inwards, by corrupt partisan ideologues, and used against Americans who challenge the political narrative. The corrupt partisan media are helping.

According to Dhillon, no lawsuits against the NSA have been successful. If you think you’ve been spied on, they’ll say it’s a matter of national security, we can’t give you any information, you can’t prove your claims, and so you essentially have no recourse. These are self-policing agencies, she said. After what happened with “Crossfire Hurricane,” that seems obvious.

But Tucker demands answers. As big a podium as he has, this could get really interesting. I still say this all leads back to Tucker’s reporting about the FBI and January 6. That’s coming out, no matter what they try to do.