Personal attack achieves nothing, except perhaps to make the attacker feel good. It almost always invites a similar response. 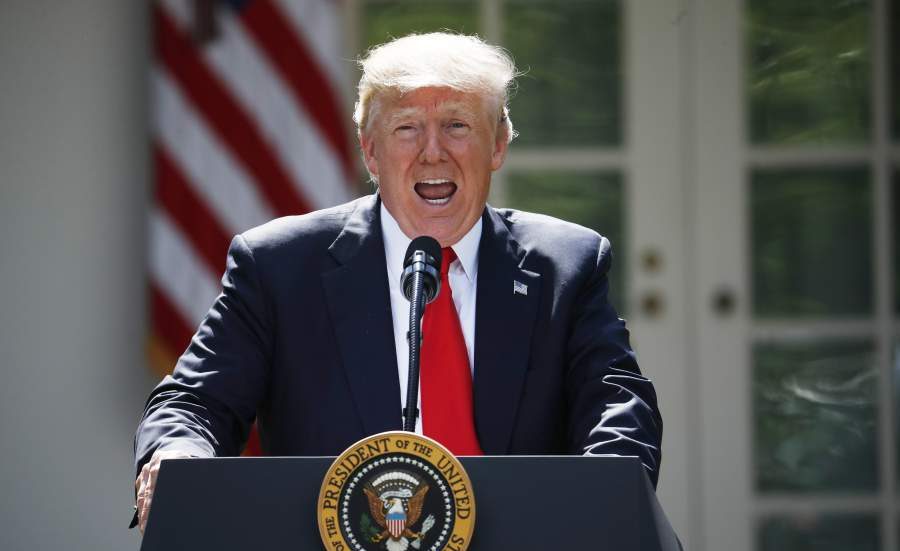 “A gentle answer turns away wrath, but a harsh word stirs up anger.” (Proverbs 15:1)

President Trump once referred to the health care bill passed by the House as “mean.” So how should we characterize his remarks about MSNBC Morning Joe co-host Mika Brzezinski? The president of the United States, reacting to her criticism of him, claimed Brzezinski was “bleeding” from a face lift when he saw her last New Year’s Eve at his Florida resort. He further described her as being “dumb as a rock.” That’s worse than mean. It’s cruel.

In my experience of having been insulted for things I have written and said, the personal attack achieves nothing, except perhaps to make the attacker feel good. It almost always invites a similar response.

In an interview with the magazine InStyle, Brzezinski speculated that first lady Melania Trump wants out of her marriage: “I know Melania. I haven’t talked to her in months, but if my gut is right, I don’t think she’s going to put up with it much longer. I know nothing. That’s just my instinct and I go with my gut and my gut’s always right.”

I recall an old joke that when you fight “an eye for an eye and a tooth for a tooth” all you will get out of it in the end is two blind and toothless people.

That, too, was a cruel thing to say. See what I mean? I recall an old joke that when you fight “an eye for an eye and a tooth for a tooth” all you will get out of it in the end is two blind and toothless people.

Mrs. Trump fired back in a tweet through her communications director, saying she supports her husband and when he is insulted he will “punch back 10 times harder.” In a speech last November she denounced cyber bullying: “We have to find a better way to talk to each other.” Yes, we do.

Leaving aside the president’s legitimate claim that most of the liberal media are against him and his policies, what good does it do to engage in personal insults, especially against people who do not have anything close to presidential power? Fewer than 1 million people watch Morning Joe. The president commands the attention of the entire nation.

Sen. Susan Collins (R-ME) reacted to the insulting presidential tweets, telling the New York Times: “I don’t think it directly affects the negotiation on the health care bill, but it is undignified — it’s beneath a president of the United States and just so contrary to the way we expect a president to act. People may say things during a campaign, but it’s different when you become a public servant. I don’t see it as undermining his ability to negotiate legislation, necessarily, but I see it as embarrassing to our country.”

Other Republicans have expressed similar sentiments and called on the president to stop the insults.

The president has said his tweeting is a way around the media, but using tweets to insult people does not benefit him, or his agenda.

What should get the president’s attention is a poll conducted by Fox News, his favorite network. Taken just before his comments about Brzezinski, the poll found that 71 percent of respondents believe the president’s tweets are hurting his agenda. Just 17 percent see them as helpful.

During the campaign Mr. Trump promised to win so much we would grow tired of winning. I’m not tired yet. He should focus on his policies, which are appealing to most Republicans and conservatives, and I would argue will benefit the most people. From putting constitutionalists on the federal courts, to curtailing illegal immigration, repealing and replacing Obamacare, reforming the tax code, cutting spending, defeating ISIS and much more, these are issues his supporters care most about. Winning has a way of silencing one’s opponents.

The president has said his tweeting is a way around the media, but using tweets to insult people does not benefit him, or his agenda. Much of the world, which is used to looking to America for leadership, is appalled by his behavior.

The president should cool it with the tweets for a while — at least the insulting ones — turn off the TV, stop reading newspapers (except my column!) and focus on pursuing his agenda. If he won’t, he will be playing into the hands of his opponents. Winning a policy battle is far better than trying to win a battle of insults. That’s a fool’s pursuit.