Crime has been in decline, but current government policies may reverse this trend. 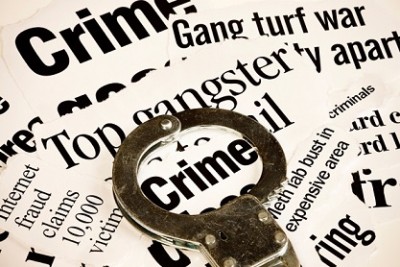 Crime rates in the United States have been steadily declining for two decades, with levels in the United States about half what they were 20 years ago. This gradual decline holds true even in the perennially high-risk demographic of young men, suggesting it isn’t merely a knock-on effect of an aging population. That’s the good news. The bad news is that fiscal, monetary and public safety net policies may reverse this hopeful trend, returning us to a period of rising criminality.

Consider the crime surge of the ’60s and ’70s, which came on the heels of a long period of declining crime. The zeitgeist of the ’60s undoubtedly played a role, with its easy drugs and sex (increasing illegitimacy rates) and its move toward lax prison sentences. But the Great Society programs from this period surely played a part as well, by disrupting the family.

The effects didn’t manifest themselves overnight, but by the late 1980s, Yale sociologist Elijah Anderson was merely stating the obvious when he noted that it had become increasingly common among the poor “for a young woman to have children out of wedlock—significantly, with the help of a regular welfare check.”

Decades of data show that the children of these single-parent households are far more likely to enter a life of crime. The absentee fathers in this equation are also at higher risk, with the poverty programs rendering the men economically dispensable, inciting in them what George Gilder described as a combination “of resignation and rage, escapism and violence, short horizons and promiscuous sexuality.”

None of these effects are well calibrated to reduce crime, much less encourage strong communities and human flourishing. The evidence for this was clear enough that President Bill Clinton signed a bipartisan effort at welfare reform in 1996. Unfortunately, much of that reform is being unraveled. History suggests the long-term effect will be greater family breakdown followed by rising crime rates among the members of these broken homes.

Unfortunately, many of the religious leaders who are properly incensed about the conditions in our lower-income communities are among the very ones supporting the Great Society programs that subtly but powerfully undermine the family and the close-knit communities that support them. They do so with the best of intentions, but those good intentions do not neutralize the tragic unintended consequences of the programs.

There’s more. Take another glance at the ’60s and ’70s, and guess what else may have exacerbated crime: inflation. David Hackett Fischer argued for the link in his Oxford University Press book The Great Wave, where he traces a correlation between crime and inflation dating back several centuries. In the same vein, a working paper at Auburn University’s Department of Economics finds that, controlling for various other factors such as the unemployment rate, inflation has accounted for about 15 percent of the uptick in crime during the various inflationary spikes since World War II.

Now, a common driver of price inflation is the rapid expansion of the money supply. In an oft-repeated pattern limned in the sardonically titled 2009 work This Time Is Different, a national government aggressively prints money (or debases its coinage) to service its mounting ambitions and obligations, thereby watering down the value of what it owes and the money already in circulation. Many fear that our government is heading down just this path.

Already it has begun buying back part of its debt with dollars created out of thin air. These efforts at “quantitative easing” have been relatively modest so far and excused on the grounds that the Fed must counteract the contracting effects of the financial crisis. But with Washington piling on debt like a Las Vegas hobo with a pocketful of credit cards and a month to live, the worry is that unrestrained monetary inflation is just around the corner, a move that would drive price inflation to levels unseen since the 1970s.

So, pacifying the nonworking poor with lavish welfare outlays and juicing the economy with an artificial sugar high of binge borrowing may encourage modest economic growth and hold down crime rates in the short term, but history suggests the long-term effects will be very different — aggressive inflationary policy to tame runaway debt, increased family breakdown and ultimately, rising crime.

There’s an ugly irony in all this: The welfare state eventually funds its humanitarian largesse through an invisible and legally sanctioned theft (aggressive inflation); this theft hits the poor hardest of all; and this, in turn, encourages theft and other crimes among the populace — a paternalistic society that proves the old adage, like father like son.

An earlier version of this article appeared in the American Spectator.