In the Name of ‘Academic Freedom,’ a Scientist Calls for Punishing Creationists 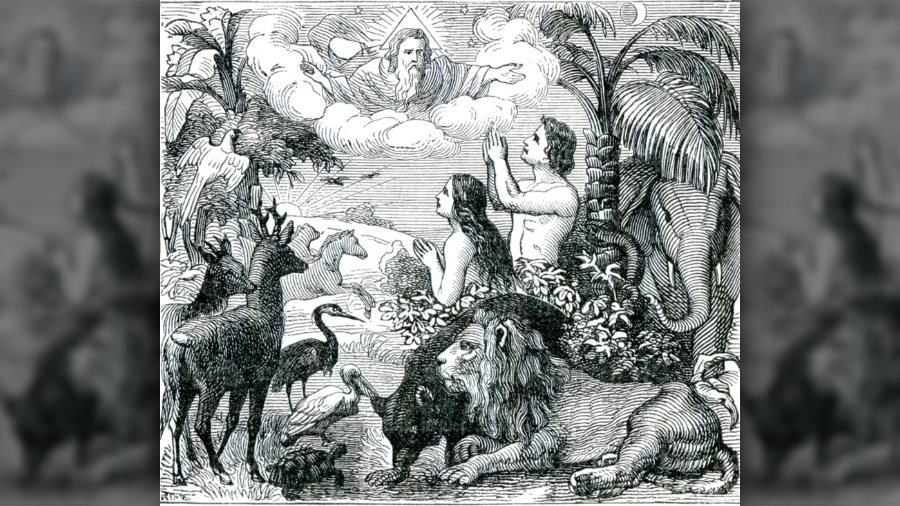 Here’s the concept of invidious labeling: to help favored groups or hurt disfavored ones, you label their work or business by race, religion, viewpoint, or other identity, so that customers or employers can join you in doling out reward or, more often, punishment. The practice has a long and sordid history.

Another name for it is “othering”:

There’s always a rationale offered — for example, in labeling Israeli businesses, or those doing business with Israel, to be avoided. The contemporary BDS movement directed against the Jewish state explains that its campaign is only reasonable. Who could be against “freedom, justice, and equality”?

The flip-side would be labeling products in supermarkets as “Black-Owned,” “Hispanic-Owned,” “LGBT-Owned,” etc., as the woke Giant Food chain on the East Coast has done. It’s only reasonable, as they explain, since “We’re committed to making it easier for customers to identify product attributes that are important to them by fostering a diverse and inclusive network of suppliers…”

If you were to apply the othering approach in academia today, how might you begin? Well, you’d take a disfavored idea — creationism, for example. And you’d make sure that any science courses at Christian colleges, or degrees awarded from such institutions, reflecting the influence of that idea, be prominently labeled.

An advocate of the approach would argue that the scarlet letter “C” is only reasonable. Grad schools and employers look at degrees and transcripts. They will wish to know if they are about to take aboard a creationist in a science-related field. For example, a pediatric nurse oncologist, caring for little kids with cancer, while believing that the world is under 10,000 years old.

Invidious labeling is all about reward and punishment.

Now, along comes Washington University computational biologist Joshua Swamidass with just such a proposal. Writing in the Wall Street Journal, Swamidass advocates that creationist courses and degrees be labeled as such on a student’s transcript. He writes in the context of discussions over whether a Christian accrediting agency that accredits creationist colleges should itself be accredited. He thinks it should be, provided that the Christian agency agrees to “principled compromise.”

It’s only reasonable, since “deviations” with regard to (undefined) “national norms” are at stake. From, “A Compromise on Creationism”:

[D]eviations from national norms in a science curriculum need to be prominently disclosed, tracked and reported. In practice, that means transcripts that clearly state which courses and degrees include creation science.

And not only that:

Credit from courses that include creation science should not be used toward science degrees. Nor should they be eligible for transfer to secular institutions.

He offers comfort, though: “A reasonable process would not require creationist institutions to modify their faith statements.” They can retain their beliefs, as long as those are invidiously labeled.

Swamidass is all for academic freedom, as he tells us himself: “As a matter of academic freedom, scientists should tolerate institutions that teach creation science.” But creationist thoughts, and those who think them, are indeed penalized in his system. Invidious labeling is all about reward and punishment.

The article is couched in phrases of moderation and tolerance. But there is something really sinister about seeing it in, of all places, the Wall Street Journal, which until now has been much better than other national newspapers about flagging the dangers of censorship.

And this is a very dangerous concept. I’m not a creationist. Arguments about the age of the Earth bore me. But nothing’s easier than to see how the Swamidass plan could be extended to courses including information about intelligent design — like the one that physicist Eric Hedin writes about in his new book Canceled Science. By introducing Ball State University students to ID, Hedin violated some atheists’ notion of “national norms.” Evolutionary biologist Jerry Coyne and the Freedom from Religion Foundation were successful in getting his honors course, “The Boundaries of Science,” canned for it.

From the sciences, once the rationale about “national norms” is accepted, I don’t see any reason why the labeling or othering concept should not be expanded to cover areas of education where other out-group ideas are discussed, whether political, cultural, or philosophical. Where would it end? Our “national norms” are rapidly evolving, after all, as no one who lived through 2020 could have missed.

The Chinese government, perhaps, offers a preview of what’s to come. They have their Social Credit System, where anti-social deviations are not necessarily made illegal, but are penalized: “disclosed, tracked and reported,” to borrow Josh Swamidass’s phrase.

With increasingly aggressive censorship by Big Tech, racial indoctrination in the workplace, and state-imposed lockdowns approaching a one-year anniversary, it has felt, more and more, like we are living in China. If the Swamidass proposal were accepted, it would be a step further in that direction.

David Klinghoffer is a Senior Fellow at Discovery Institute and the editor of Evolution News & Science Today, the daily voice of Discovery Institute’s Center for Science & Culture, reporting on intelligent design, evolution, and the intersection of science and culture. Klinghoffer is also the author of six books, a former senior editor and literary editor at National Review magazine, and has written for the Los Angeles Times, New York Times, Wall Street Journal, Washington Post, Seattle Times, Commentary, and other publications.