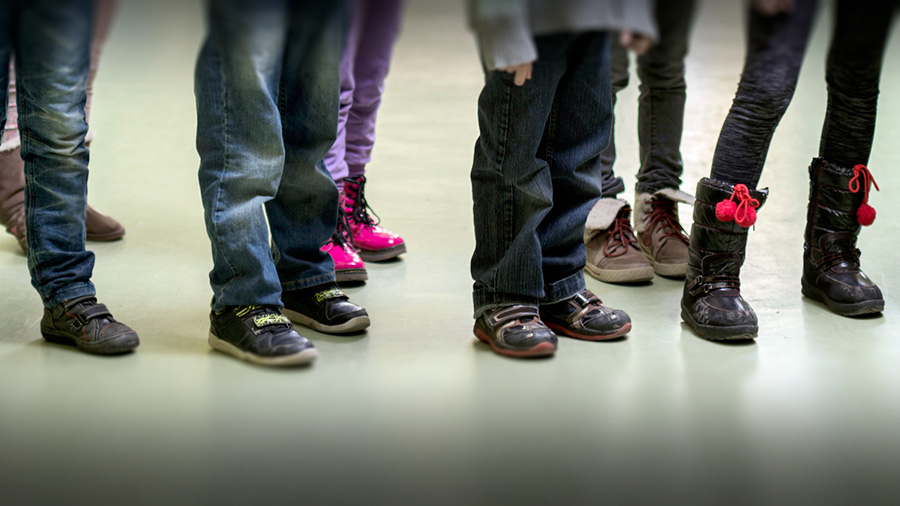 Wayne and Sean were the answers to a girl named Brittany’s prayers. Twenty-five years ago, as the 3-year-old granddaughter of a Philadelphian named Sharonell Fulton, Brittany watched children playing in the playground across from her grandmother’s house. She longed for the same companionship.

Brittany didn’t know Wayne and Sean, two brothers, but their situation was nothing to envy. Living with their uncle and aunt, drug addiction and fighting were constant. The breaking point came when the uncle inadvertently threw boiling water on the boys during a fight with his wife. Both of the boys were rushed to the hospital with third-degree burns. They were 5 and 7 years old at the time. They were two of their biological mother’s 12 children; she struggled with drugs and incarceration.

When the boys got out of the hospital, they were placed by Catholic Social Services with Fulton, Brittany’s grandmother. Wayne stayed there until he was 19 years old. Fulton never sought to adopt the boys, and she welcomed the presence of their biological mother and father in their lives, arranging for visits with them and half-siblings and other relatives. In later years, the boys’ parents would be welcome in Fulton’s home for birthdays.

‘What Was Theirs Was Ours’

“She believed that since we had parents, she was there to help in any way she could to keep us connected to them,” Wayne told Andrea Picciotti-Bayer of The Catholic Association in an interview for an amicus brief for an ongoing case against the city of Philadelphia. “But at the same time, she would not let anything bad ever happen to us.” Even when their parents were clean and sober, they felt that they had a home with Fulton. “I was happy with Meme,” as they call her, he said. Wayne is in his early 30s now, and remembers how Fulton “did not treat us any different than her own (children) … What was theirs was ours.”

Wayne and Sean weren’t the only children whom Fulton welcomed into her home. She’s fostered more than 40 children over the last 25 years. Every time a new child joined the family, Wayne would plant a tree with Fulton outside her home. “She said that the tree represented new growth, new opportunities,” Wayne explains. “Now, when I visit Meme’s home, I see those trees. I think about my life — still growing, still thriving.”

“These boys lived in my home their entire childhood, and I raised them as my own, healing over time not just their wounds, but their hearts,” Fulton recently wrote.

The family’s experience with Catholic Social Services was one that made that thriving possible. “Everything I went through that involved (Catholic Social Services) gave me so much hope,” Wayne says. “All the workers we had who helped us were great. They bring a positive respect to upcoming foster children who need their help.”

Earlier this year, the city of Philadelphia decided to sever its longstanding ties with Catholic Social Services. Fulton is the main plaintiff in the case brought against the city; she’s represented by the Becket Fund for Religious Liberty. She says that she’s tried to be a “safe harbor” for children who have endured unspeakable abuse and trauma.

She observes: “As a single mom and woman of color, I’ve known a thing or two about discrimination over the years. But I have never known vindictive religious discrimination like this, and I feel the fresh sting of bias watching my faith publicly derided by Philadelphia’s politicians.”

If there can be an upside to having to go to court, in the case of Sharonell Fulton, it’s that we get the opportunity to know her name. We need to know there are people like her who do the hard work of providing radical hospitality for children who wouldn’t otherwise have the chance to live their lives to the fullest. Her existence changes everything — for a child and for biological parents trying to get better and even for all of us. Her example nudges us to hope and challenges us. She’s an inspiration. She’s an examination of conscience. She’s a way to remind ourselves of what love truly is — selflessness amidst the difficulties of life.