In Honduras, Tim Kaine Met Not Jesus, But Karl Marx 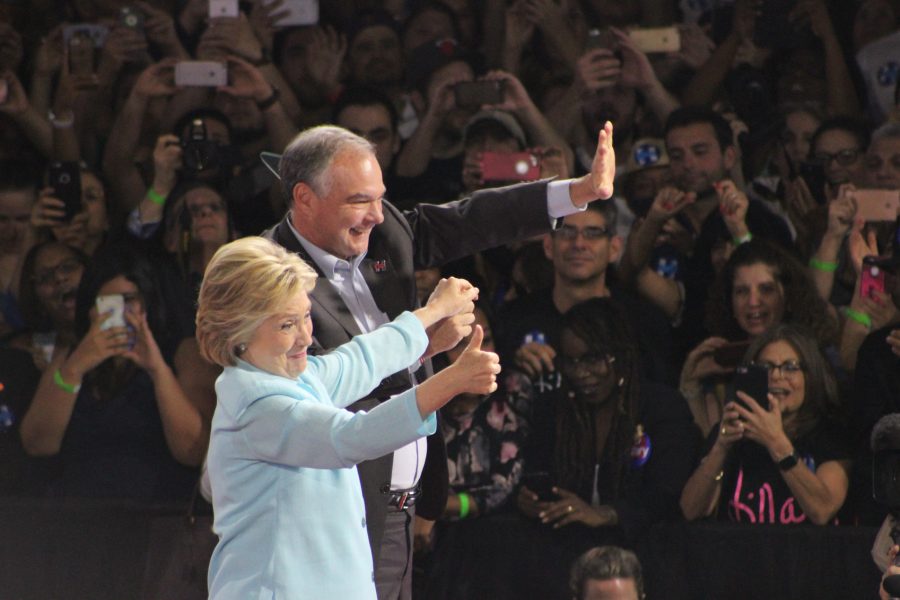 The New York Times Sept. 4 feature on Tim Kaine shows that his year in Honduras introduced him not to Jesus Christ, but to Karl Marx. The story doesn’t say that, exactly, but connect the dots with a little history and an alarming picture emerges of Kaine’s adventures with radicals and revolutionaries in 1980s Latin America.

The Times notes that in Honduras “Mr. Kaine embraced an interpretation of the gospel known as liberation theology.” This wasn’t mainstream “Catholic thought” at the time. It was a radical, Marxist-based ideology at odds with the Church, the pope and the United States, but supportive of (and supported by) the Soviet Union.

To counter Vatican opposition to this theology, now published documents from the Soviet and East German archives show “active measures” were undertaken to undermine the Vatican and the pope — key barriers to a Soviet influence in Latin America.1

Journalistic and academic research has now shown that Liberation Theology itself was quite possibly a product of a Kremlin disinformation campaign designed to undermine the Church and bring Catholic countries into the Soviet sphere. The top-ranking Soviet Bloc defector of the Cold War, Gen. Ion Pacepa, admits that he was personally involved in the operation.

And contrary to the myth, this was never Pope Francis’ theology of choice.

According to Argentine Jesuits, he was never favorable to Marxist-tinged theology. Open to debate, yes. A proponent, no.

In 2005, he directly discussed “Liberation Theology,” “Christian socialism” and other “revolutionary” ways of thinking, saying: “After the collapse of ‘real socialism,’ these currents of thought were plunged into confusion. Incapable of either radical reformulation or new creativity, they survived by inertia, even if there are still some today who, anachronistically, would like to propose [them] again.”

Tim Kaine at the School of Hard Core Liberation Theology

Liberation Theology’s recent second wind has been achieved by disavowing its Marxist roots. Francis’ doctrinal chief Cardinal Mueller is seen as friendly, but stated that “true liberation theology is opposed to Marxism.”

That wasn’t the case in the 1980s. Then, Kaine embraced not some reconstituted, post-Marxist version, but the hardcore, Cold War variety — an avowed Marxist ideology inimical to the institutional Catholic Church and to the United States.

Just how hardcore were his Jesuit teachers? Well, around the time Kaine was there, Jesuits were arrested for gunrunning, and, the next year, the Honduran government banned any more American Jesuits from coming to that country because of their left-wing activism.2

They also expelled one American-born Jesuit, who also had to leave that religious community because he was too radical even for them. That priest was Father Jim Carney, and he was the one The New York Times tells us Kaine sought out across the border in Soviet-supported Nicaragua, taking a bus and then walking several miles to meet him.

Death of a Marxist

Carney was a full-blown revolutionary. The Times says his death was “murky” and hardened Kaine’s distrust of American involvement in the region.

What isn’t murky is what led to his death. In 1983, Carney was part of a 96-man unit that invaded Honduras to bring the Nicaraguan’s Communist revolution there too. The insurgents were Cuban and Nicaraguan trained and led by Jose Reyes Mata, Cuban-educated, and Honduras’ top Marxist. Reyes Mata had previously served with Che Guevara in Bolivia.

After a firefight with Honduran troops, Reyes Mata was captured and killed. Carney was reported dead as well. Some think he was captured and killed too. Kaine worried about American complicity in an extrajudicial killing, but he didn’t seem bothered by Carney’s participation in a Communist-sponsored insurgency and invasion of Honduras.

The Nicaraguan Sandinistas had been founded by KGB operative Carlos Fonseca.3 Eastern Bloc archives also show they were supported massively by the Cubans, Soviets and East Germans — with guns, ammunition, money, prison building, etc. They were brutal too, with more political prisoners than any other country in the region but Cuba. Some prisoners were executed by being hacked to death, or by being flayed alive. Others had family members sexually assaulted in front of them. By every measure, the atrocities the Sandinistas committed were far worse than the dictatorship they had replaced.4

What blocked them from total victory was the Reagan administration and the Catholic Church.

Why Kaine felt the need to go Nicaragua and meet a friend of violent revolutionaries is murky. But his relationship with Carney’s successor, Father Melo, continues in the open. Melo, incidentally, wants to redistribute land throughout Latin America by 2021.

Tim Kaine and the Soviet Art of Disinformation

Did Kaine’s mentors teach him the Soviet art of disinformation — call yourself the very thing you seek to undermine and try to destroy it from within? If that is what he’s doing, does it apply just to his faith, or to his country as well?

In Virginia he ran a moderate and ruled as a liberal. Today he runs as a “Pope Francis” Catholic but on abortion and marriage, Kaine opposes Francis. On the conscience rights of groups like the Little Sisters of the Poor, Kaine sided with Obama. Francis sided with the Little Sisters, whom he visited in Washington a year ago to publicly show his support.