In Farewell Address, Andrew Cuomo Laments ‘Media Frenzy’ Over the #MeToo Allegations That Took Him Down 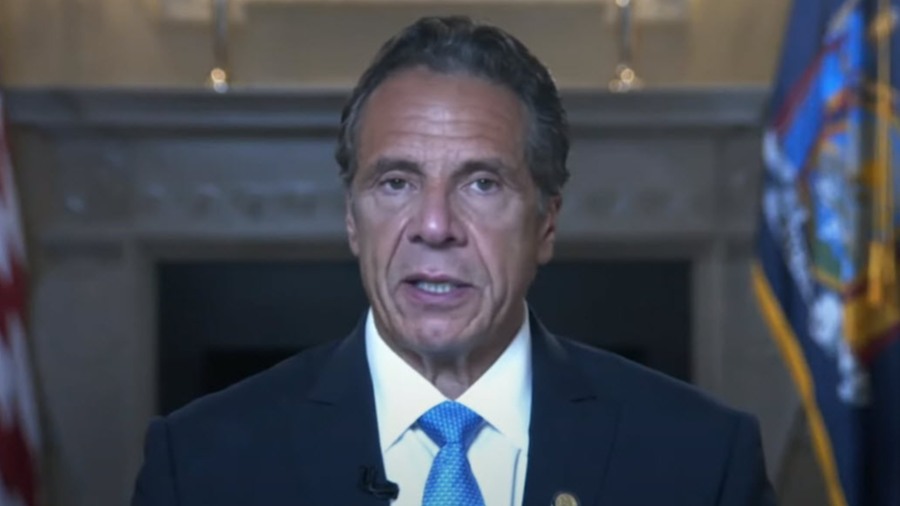 Andrew Cuomo delivered a farewell address Monday in which he lamented the “media frenzy” that met #MeToo allegations leveled against him.

“There will be another time to talk about the truth and ethics of the recent situation involving me, but let me say now that, when government politicizes allegations and the headlines condemn without facts, you undermine the justice system — and that doesn’t serve women and it doesn’t serve men or society,” the former New York governor said.

“Of course, everyone has a right to come forward, and we applaud their bravery and courage in doing so, but allegations must still be scrutinized and verified whether made by a woman or a man,” he continued. “That is our basic justice system.”

“A firecracker can start a stampede, but at one point, everyone looks around and says, ‘Why are we running?’ The truth is ultimately always revealed,” he continued. “The Attorney General’s report was designed to be a political firecracker on an explosive topic, and it worked. There was a political and media stampede. But the truth will out in time — of that, I am confident.”

The governor announced on Aug. 10 that he would resign after an investigation into his conduct found that he “sexually harassed current and former New York state employees by engaging in unwelcome and non-consensual touching and making numerous offensive comments of a suggestive and sexual nature that created a hostile work environment for women.”

Cuomo previously denied that he touched anyone inappropriately and he said his attackers “discredit the legitimate sexual harassment victims.”

“Now, there are moments in life that test our character, that ask us, ‘Are we the person we believe we are? Or are we the person we try to be at our best?’” Cuomo said in his farewell address. “You know me. I am a fighter, and my instinct is to fight this because it is unfair and unjust, in my mind,” he continued. “But you also know that I love New York and I serve you. That is the oath that I took, and in this moment, I believe the right thing is that my service come first.”

“What we do now is more important than what we have done as a society in generations. What will New York state be in the future? No one can tell us because it depends on what we do now. Our actions will determine our future,” he said.