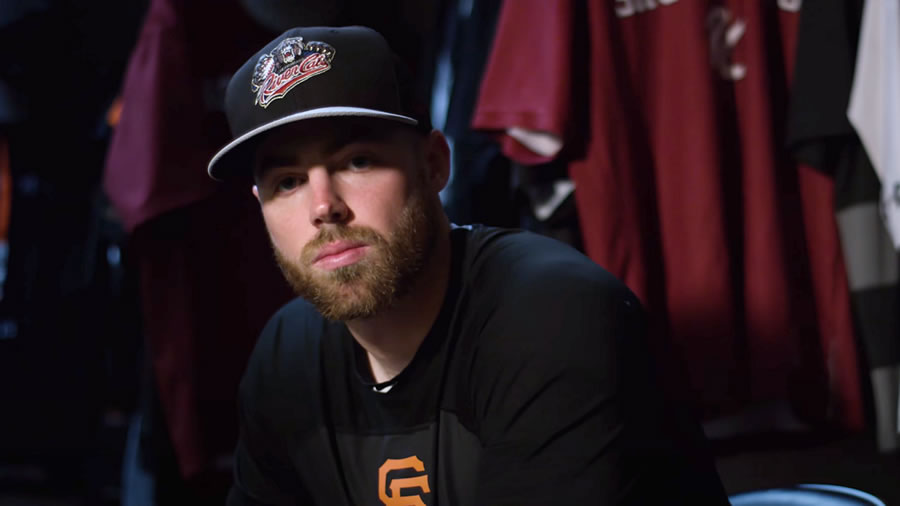 Years back, I used to blog about baseball, and about the St. Louis Cardinals in particular. My writings eventually caught on and I even got to write freelance for a few popular sports publications. I was kind of a big deal (not really) but eventually gave it up as my family grew.

Back then, anytime a baseball writer would venture off into politics or religion you’d always get hit with a “stick to sports” over social media. Well, I quit sticking to sports since I’ve picked up writing on Christianity and apologetics. Sports itself has also quit sticking with sports in the past few years. And I’m not saying that’s an entirely bad thing.

But this past weekend was Opening Day Weekend. Christmas in July, considering the pandemic put all sports on hold for a ridiculously long period of time. Meaningful baseball games were starting again and I think we could agree we could all use a distraction from the news during this time of pandemic and protests.

But in light of the racial protests, like many other corporations, MLB went woke on Opening Day. The Red Sox put a huge “Black Lives Matter” sign in Fenway Park. BLM was etched into many mounds. Players knelt for the anthem. This included the entire San Francisco Giants team – with the exception of pitcher Sam Coonrod.

When asked by reports why he stood, he said it was based on his Christian convictions. As you can imagine, this didn’t go over really big. Monte Pool, a baseball writer for NBC Sports excoriated Coonrod, saying:

When did real Christianity opt-out of humanity? Give a pass to injustice and inequality? Decide that it’s disrespectful to offer support, if not shelter, to those in need? Does Coonrod not realize that pastors of all faiths are joining crowds around the world fighting for these very ideals?

So did Coonrod really opt out of humanity? Does Poole really think Coonrod is racist? What did Coonrod actually say?

Coonrod in His Own Words

Let’s listen to Coonrod in his own words:

Coonrod was no doubt referring to comments made by Black Lives Matters’ founder Patrice Cullors. In a video, she said, “we are trained Marxists.” They’ve also had other leaders say they want to burn down the current system and replace it, which is a very Marxist thing to say.

The Giants’ pitcher probably was also referring to BLM’s “What We Believe” page that says “We disrupt the Western-prescribed nuclear family structure requirement by supporting each other as extended families and ‘villages’ that collectively care for one another.”

Poole says that’s all fine and good for not wanting to take BLM’s ideology all the way. He wrote:

Like so many others swimming against the tide of progress, Coonrod pointed to the Black Lives Matter network, saying he “just can’t get on board” with some of its beliefs. Nothing wrong with that. Again, having such a choice is among the purposes of freedom. But if Coonrod had taken a moment to inform himself, he would see the motive behind this movement need not be affiliated with BLM but, rather, to bring greater awareness to the racial injustices that is its focus.

So here’s where I’m having some trouble. Marxism is responsible for 100,000 million deaths. This includes millions and millions of Christian deaths and many martyrdoms. For many Christians, the hammer and sickle are offensive in a similar way many are offended by the bars and stars.

Espousing the philosophy of Marx, the man who wrote the Communist Manifesto, should be offensive to any rational person who has read a history book. Christians can’t get behind a philosophy that teaches that religion is the opium of the masses or that the elimination of faith is “the first requisite for the happiness of the people.” Marxism is antithetical to the Christian worldview. Full-stop. Coonrod isn’t swimming against the tide of progress, he’s refusing to float downstream into the sorrows and horrors where Marxism always eventually leads.

And on top of that, BLM says that in the name of justice they want to “disrupt the nuclear family,” which is the very first institution God ever ordained. Many of the problems that plague society today are due to the nuclear family not functioning the way God intended.

Coonrod and the Catch-22

I can’t speak for Coonrod, but I can speak for myself. When the entire league is pushing Black Lives Matter, you’d find yourself in an awkward spot as a Christian player. This is because their slogan is something that every Christian should accept. Consider the following argument:

No Christian should find this argument controversial.There’s no room for racism in Christ. Paul famously wrote to the Galatians: “There is no longer Jew or Gentile, slave or free, male and female. For you are all one in Christ Jesus.” (Gal. 3:28)

And you don’t have to study American history for long to see that black men and women haven’t always been treated as if they matter. There have been massive injustices from slavery to Jim Crow to what happened to Breonna Taylor, George Floyd, and many others. The disproportionality of how blacks have been treated unjustly should concern us deeply. And no one can call themselves a Christian and fuel or condone hatred. (1 John 3:15)

But here’s the rub — you have an organization promoting anti-Christian values saying you can’t reject their ideology and say their slogan. For BLM, Marxism is the cure for racism. And this is wrong. Let me illustrate this in a couple of ways:

The slogan “workers of the world unite” is hardly a controversial statement. Especially in the days when Communism was starting to catch on. Labor was being treated like garbage. There were terrible working conditions, no minimum working age, and poor wages. That should make a person with a working conscience concerned about the state of labor.

So yeah, sure, workers of the world should unite. But parroting that slogan is just parroting Marxist propaganda. You can agree with the slogan but, yikes, the group promoting it is pushing a horrible agenda. Should Christians back then have been parroting Marxist slogans? Can’t we find better ways to help the poor and exploited than abolishing all private property and toppling authority through a revolution of the masses? So you can’t force people into a corner and say “say the slogan with us or you hate labor!”

There are better ways to fight racial injustice and police brutality than being pressured to kneel with your teammates and coaches.

To use another illustration, imagine if there was a pro-life group called Unborn Lives Matter. It’s a fine slogan, but there’s a problem. In this fictional world, let’s just say that this organization was started by Steven Anderson, a well-known hate preacher who wishes all homosexuals and transgenders dead.

Traditional Christians might have some disagreements with the homosexual or transgender lifestyle, but sane believers with the love of God “shed abroad in their heart” certainly don’t want to murder people over it. (Rom 5:5) So even if the phrase “Unborn Lives Matter” is a good slogan that any pro-life person should get on board with, if the organization is promoting hate, it’s impossible to parrot their propaganda without being complicit in it. People would be rightly offended by those plastering it all over the place.

Coonrod said that he kneels only for God and cannot in good conscience support a cultural movement that so many are unthinkingly falling into. But that doesn’t necessarily make him a racist. We’d have to look at his other actions or words to prove that.

Kneeling or saying “Black Lives Matter” doesn’t automatically make someone anti-racist. But standing up for your convictions knowing it will generate confusion and anger does take courage.

The Giants put their pitcher in a no-win situation. Sports leagues and teams who go “woke” end up forcing Christian athletes into either compromising or becoming a lightning rod for the rage mob.