In 2021, Media Did More to Erode Trust Than to Repair It 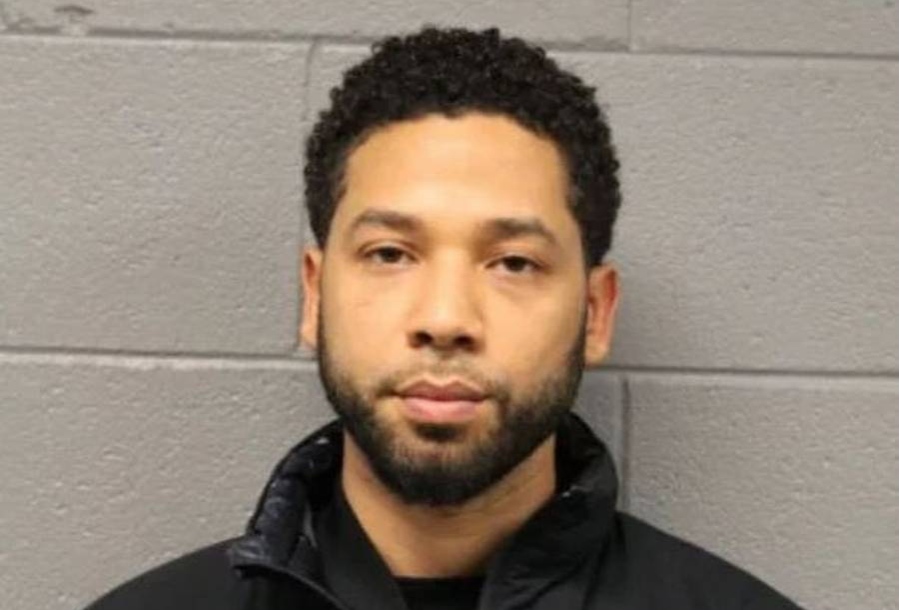 It’s obvious that the media’s hatred for Donald Trump colored nearly everything they wrote or said during his presidency. But one hoped that after he left the White House, the media might recover a little objectivity.

Sadly, a review of 2021 shows that in many cases, it simply did not happen.

The case of actor Jussie Smollett’s fake hate crime came to a conclusion in December, revealing that media outlets still are eager to pounce on a racially divisive story and cast blame, but reluctant to examine themselves when the story falls apart.

For those who didn’t pay attention, Smollett, who is black and gay and once a star of the Fox drama Empire, alleged in January 2019 that two white men recognized him, physically attacked him, yelled racial and homophobic slurs, poured bleach on him, and tied a rope around his neck in a symbolic lynching before he managed to fight them off.

He said this all occurred at 2 a.m. in deep blue, frigid Chicago, an early clue that something was amiss.

Nevertheless, the media credulously reported Smollett’s story, often relaying the details as fact without describing them as mere allegations.

PBS reporter Yamiche Alcindor, now a contributor at NBC and MSNBC, took the story at face value. She blamed the nation at large, tweeting: “We have to do better as a country. This is disgusting.”

Washington Post columnist Karen Attiah zeroed in on who the real culprit was, in her view, tweeting that “yet another reminder that Trump’s ascendance and the resulting climate of hate has meant that lives have been increasingly at stake since 2015.”

These weren’t isolated takes on the Smollett episode — this was the genuine consensus of the media.

Earlier this month, Smollett was convicted of five of six counts of disorderly conduct, all stemming from his lies to Chicago police about the “hate crime” he staged with the help of others.

And how did the media react to this outcome? Not well, and in some cases, not at all.

ABC News, which had featured Smollett and allowed the actor to elaborate on the hoax in 2019, failed to tell viewers that his trial was underway.

When Smollett’s guilty verdicts were announced, the entire prime-time lineup on MSNBC completely ignored the news, despite the fact that the network was one of the principal promoters of Smollett’s original claims.

An incredible headline on CNN muttered: “Jussie Smollett guilty on some charges,” blatantly downplaying the multiple verdicts. It would have been more accurate to say “most charges,” or even better, the precisely accurate “five of six.”

And finally, some wondered why we were talking about the Smollett verdicts at all. New York Times columnist Charles M. Blow tweeted that he hated that “people care enough to ‘hate’ any part of it.”

But in some circles, the lessons of the Smollett saga were completely disregarded.

ESPN, nominally a sports network, this month aired a documentary focused on the supposed discovery of a noose hanging in the garage stall of NASCAR driver Bubba Wallace, who is black, in 2019.

Producers at ESPN must not watch ESPN much, because the network was among the many which reported in June 2020 that the noose was not a noose, but was in fact a door pull that had been there for months, according to the FBI.

The lengths to which the media will go to fan racial tensions was also evident in disparate treatment of the Kyle Rittenhouse homicide case in Kenosha, Wisconsin, and the vehicular attack last month at a Christmas parade in Waukesha, Wisconsin.

Rittenhouse was tried and convicted in the media, painted as a white supremacist, and accused of crimes he did not commit, before he was exonerated last month by a jury.

In the Waukesha case, career criminal Darrell Brooks drove his car through a crowd along the parade route, killing six and injuring many others–purposely, police say.

And major media outlets still are not curious about a motive. In fact, many reports referred to Brooks’ SUV as the true assailant and described the incident as a “parade crash,” as though it were an accident.

In yet another tragic story, the media went into full racial hysteria mode when Ma’Khia Bryant, a 16-year-old girl, was shot and killed by police in Columbus, Ohio, on the same day as the guilty verdict was announced for former Minneapolis police officer Derek Chauvin in the killing of George Floyd. Like Floyd, Bryant was black.

Without waiting for facts to emerge, most reporters tied the two cases together as examples of deadly police brutality. Before long, police body camera video proved that Bryant was shot while wielding a knife in the process of attacking another black girl. Police almost certainly saved the second girl’s life.

Aside from culturally fraught stories, the media saw some of their favorite narratives fall apart in 2021.

In June, an investigation into the clearing of protesters from Lafayette Square near the White House concluded that they had not been dispersed to make way for President Trump to walk to a church for a photo op. The media had clung to this story for a year.

“A narrative we thought we knew is not the reality,” NBC News correspondent Ken Dilanian said.

In April, the Biden White House — of all things! — finally dispelled the notion that Trump had failed to hold Russia accountable for paying bounties to militants to attack American troops in Afghanistan.

That story had been launched by The New York Times during the 2020 election, but finally was exposed as baseless.

After a year of wailing that discussion of the theoretical leak of a new coronavirus from a research lab in China was racist or xenophobic, the media finally embraced the idea as a possibility. The lab leak theory was allowed to be discussed once Trump was out of the White House.

Presidential son Hunter Biden’s laptop, once a forbidden topic of discussion that would get you branded as a conspiracy theorist and banned from social media, was found to be authentic. A book by a Politico reporter confirmed much of the information contained on Biden’s laptop, a year after most media outlets refused to cover the story by claiming it was Russian disinformation.

And maybe the granddaddy of all media comeuppances was the final, definitive debunking of the so-called Steele dossier, the Hillary Clinton-funded opposition research document at the center of the Russia collusion hoax designed to cripple or oust Trump.

Last month, Russian national Igor Danchenko, a prime source for former British spy Christopher Steele, who compiled the anti-Trump “dossier,” was charged with five counts of lying to the FBI.

It was the shameful end to a fake news story fed to the public for more than two years.

A recent poll shows that only about a third of Americans trust the news media, and 2021 did more to erode that confidence than it did to repair it.

As the new year approaches, one is tempted to hope that the media engage in a little self-reflection. Recent history, however, suggests that it is not likely.

Tim Murtaugh (@TimMurtaugh) is a visiting fellow at The Heritage Foundation and contributor to The Daily Signal. He is the former communications director of President Donald Trump’s 2020 reelection campaign.