Boston Marathon bomber Dzhokhar Tsarnaev got a $1400 stimulus check from you, humble taxpayer. 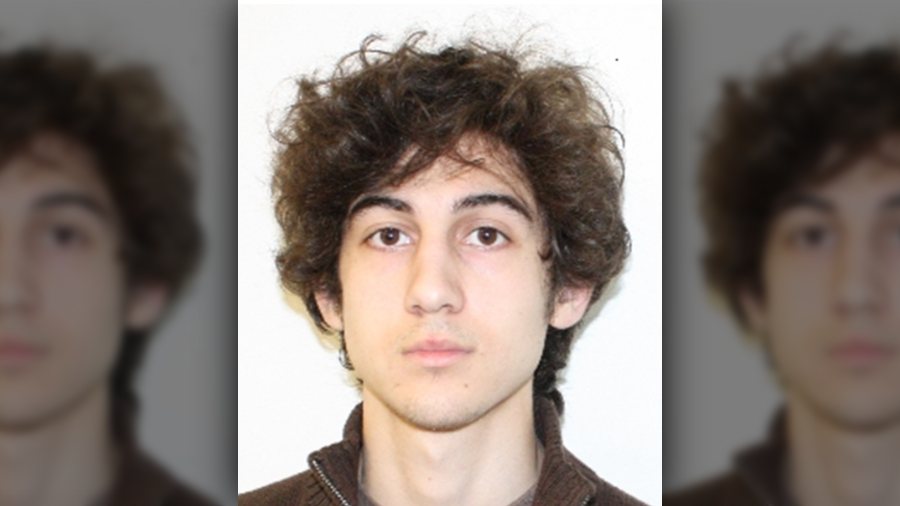 Last March, Arkansas Sen. Tom Cotton said the rejection of a proposed amendment to the CARES Act would mean inmates “like the Boston Bomber” — Boston Marathon bomber Dzhokhar Tsarnaev — would get stimulus checks.

“Every Democrat voted to send checks to prisoners, and every Republican voted to stop prisoners from getting checks,” Cotton fumed on Twitter, sharing a screenshot of the vote.

On March 6 at 10:12am, the Senate voted on an amendment to exclude prisoners—like the Boston Bomber—from getting stimulus checks.

Every Democrat voted to send checks to prisoners, and every Republican voted to stop prisoners from getting checks.

Alas; Cotton, it turns out, was correct in his prediction.

The Wall Street Journal on Thursday reported that the convicted terrorist received “a $1,400 COVID-19 relief payment in June,” funds a U.S. District Court Judge said could be entered into his inmate trust account (to pay restitution to his victims). The report prompted a mea culpa from Kessler.

“It turns out Tom Cotton predicted correctly — Dzhokhar Tsarnaev, the Boston Bomber, did get a stimulus check,” Kessler tweeted. “So we’ve adjusted the Pinocchio rating on this 2021 fact check.”

It turns out Tom Cotton predicted correctly — Dzhokhar Tsarnaev, the Boston bomber, did get a stimulus check. So we've adjusted the Pinocchio rating on this 2021 fact check. https://t.co/L87j8TvFjn

Kessler deserves some credit for amending his fact-check, which — to be fair — addressed an issue that is a bit more complicated than it might first appear. The problem is that even the updated version of his fact-check hardly reads as a fact-check.

Kessler’s copy is loaded with politically charged rhetoric and personal opinion. He suggests the GOP amendment seeking to prevent prisoners from receiving checks was “red meat for voters,” accuses Cotton of “scaremongering,” and concludes that Cotton’s talking points “mainly are crafted for future campaign ads, not serious legislation.”

It’s difficult to imagine more partisan language in a fact-check. But it serves as a vital reminder: “fact-checks” often aren’t really about facts. In a recent court filing involving celebrated reporter John Stossel, who was accused of spreading “misinformation,” Facebook admitted that their “fact-checks” are really just opinion.

This wouldn’t be a huge problem — everyone is entitled to an opinion, including fact-checkers — except that Big Tech has been using these very fact-checkers to scrub from the internet content they see as “harmful” or deem “misinformation.”

Fact-checkers have tremendous power to silence voices and shape debate, but Kessler’s article shows they often are not using this power responsibly. Indeed, even after his mea culpa, Kessler’s rating of Cotton’s statement is “one Pinocchio,” because he says Cotton’s assertion “lacked context” — a claim that can be leveled against virtually any assertion. (Do we ever have all of the context of a given situation or event?)

None of this is to say there wasn’t more to the story about the GOP amendment. For instance, Kessler isn’t wrong that some of the previous stimulus bills that Republicans like Cotton voted for sent stimulus checks to prisoners, even though some attempts were made to stop them from doing so. (Government being government, nothing is easy, and in October 2020 a federal judge said the IRS didn’t have the authority to withhold relief checks from incarcerated people.)

Kessler also quotes Sen. Dick Durbin, who pointed out that the CARES amendment could be complicated for tax filers and be problematic from a perspective of equity.

“This amendment will cause harm to the families of incarcerated individuals, joint filers who would receive only half of the payment that the families are owed while the spouse is incarcerated,” he said. “Given the stark racial disparities in our criminal justice system, this would cause the most harm to Black and Brown families and communities already harmed by mass incarceration.”

That is certainly a debate worth having, but it’s not germane to the veracity of Cotton’s claim, which is that inmates like Tsarnaev would in fact be receiving taxpayer checks if the amendment didn’t pass. Making certain prisoners didn’t receive checks may have been difficult and messy; it may have required legislation explicitly stating the IRS had the authority to withhold checks from federal inmates. But it could have been done.

The reality is it was simply easier to pass the CARES Act without worrying about it. After all, it was not Dick Durbin’s money being spent. Why should he care if some of it goes to a convicted terrorist?

This is the great danger in allowing politicians free rein over the treasury. Famed economist Milton Friedman once explained the rub:

“There are four ways in which you can spend money,” he said. “You can spend your own money on yourself. When you do that, why then you really watch out what you’re doing, and you try to get the most for your money.”

This is the reason the stimulus spending has been rife with fraud and misallocation, as FEE’s Brad Polumbo has shown over and over and over. Government is spending someone else’s money on someone else. Thus, there is very little incentive for them to be concerned about how it’s being spent.

This is why Boston Marathon bomber Dzhokhar Tsarnaev got a $1,400 stimulus check from you, humble taxpayer. (Even as the national debt is poised to eclipse $30 trillion.)