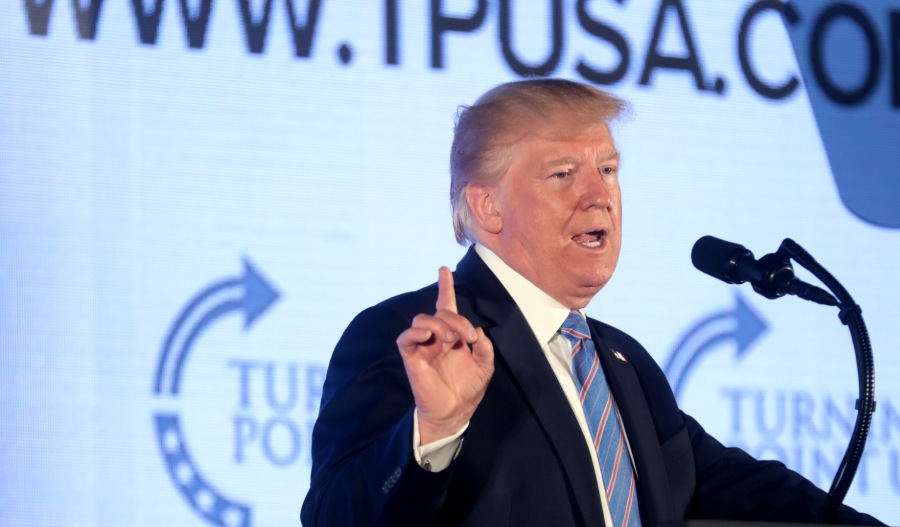 The impeachment talk in D.C. dominates the news so much that liberal ice cream makers Ben and Jerry’s are launching a new flavor called “Impeaches and Cream,” and a famous classic rock band is renaming themselves the “Impeach Boys.” Okay, maybe not, but as Nancy Pelosi said this week, “You gotta strike while the iron is hot.” What exactly does that mean?

Actually, it’s very revealing. If the people who voted for Donald Trump 3 years ago are to have their votes nullified out by partisan politicians in Washington and if the news media is truly going to go along with the overturning of the election results, then shouldn’t their reasons for that be so compelling that the facts will stand the test of time? What iron is so hot that Pelosi and the House Democrats are willing to ignore an election over? And why would that iron get cold and why?

If this whole thing is genuinely based on evidence and facts, the case won’t get cold. But I think we all know this isn’t about evidence or facts. This is the rawest and most savage form of politics, but this time there are real dangers should it succeed. If this becomes the new norm following a Presidential election, so that the losing side refuses to accept the results and attempts to use any and every tactic possible to void the voters choice and replace it with the choice of bureaucrats and a hand-full from the losing side, then we will have destroyed fair and free elections which are the bedrock of our system of government.

While the talk of impeachment dominates the current news cycle over everything else, the cries for impeachment are not new. In fact, our friends at the very astute Media Research Center compiled a video that dates back to President Trump’s first month in office. These are the supposedly fair, objective, and unbiased journalists who play a one-note instrument when it comes to President Trump.

I hope you caught not just the hyperbolic screeds for impeaching a President from even before he took office, but I hope you noticed the dates. The call to impeach your President started the moment he was sworn in. In fact, some didn’t even wait for the swearing in.

Let it sink into your soul what this means. You go and stand in line to vote after listening to the candidates in debates and in every other imaginable news forum. You make up your mind and cast your ballot and then some bureaucrats and politicians in Washington decide you’re stupid. They are so unhappy with how you and the other citizens voted that they decide to do away with the results and create a phony, fake basis to replace the President. The only thing missing for this to be called a real coup d’etat is having the military change the occupant of the Oval office with guns instead of some partisan Democrats and the co-conspirators in the press do it with a bunch of crooked lawyers.