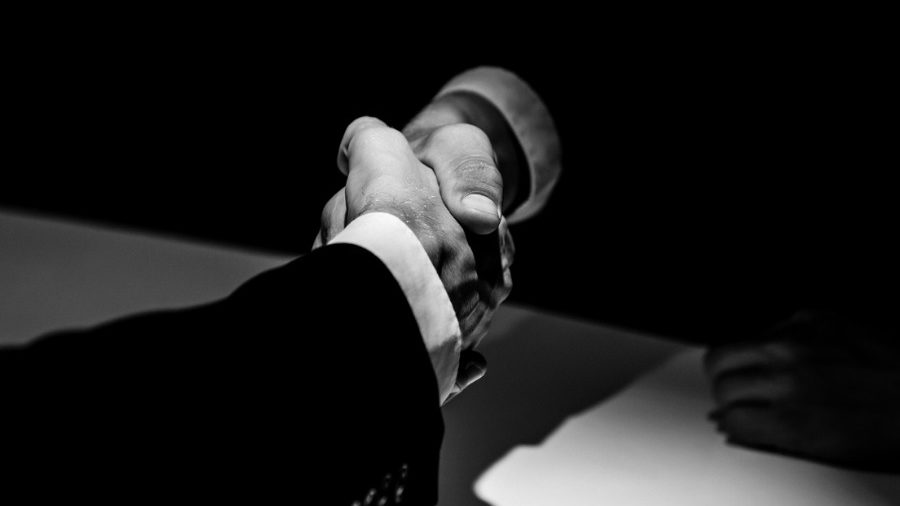 “Al Green is a gift from God,” said Trey Gowdy to Ed Henry on Thursday’s The Story, “and we should buy him time during the Super Bowl so he just keeps talking.”

Rep. Green filed an impeachment resolution against President Trump two years ago, long before the special counsel investigation was completed and the tepid Mueller report was released. But that didn’t matter. As Trey Gowdy pointed out, 60 Democrats in Congress actually joined with him. Evidence, shmevidence, who needs that? And all these months later, they still have no evidence, and still push for impeachment.

But one thing about someone with as big a mouth as Al Green’s: he can be counted on to occasionally and unwittingly spew a little truth, as when he said the President had to be impeached or he’d get re-elected. (He also said a President could be impeached more than once.) Thank you, Rep. Green, for unthinkingly admitting what Democrats are really up to with this impeachment business. They’ve been working on this nonstop ever since Trump was inaugurated — even before he was. They know they can’t get this Senate to convict Trump — especially with zero evidence and a ridiculous case based on hearsay and “presumption” — but they can try to use the issue as a wedge to defeat some Senate Republicans.

Their reasoning, as Gowdy pointed out: if Republicans don’t hold the Senate this next time, Trump will be rendered essentially impotent even if he wins re-election. He won’t be able to get any nominations through, especially Supreme Court nominees. (My belief is that all this has more to do with Justice Ruth Bader Ginsburg’s imminent retirement than just about any other factor.) This is the dream that keeps Democrats working overtime to make fools of themselves.

Thank you, Rep. Green, for unthinkingly admitting what Democrats are really up to with this impeachment business.

One reason the Democrats have been in such a hurry to get their impeachment vote and call more witnesses in the Senate — never mind Nancy Pelosi’s pathetic attempt to use the Articles of Impeachment as a bargaining chip — is that they need a stronger-looking case against Trump before U.S. Attorney John Durham comes out with his report. They essentially have no case, while Durham is sure to uncover “very problematic findings” about the counterintelligence probe into Trump’s campaign. That’s what Rep. Mark Meadows had to say in an interview Thursday on Steve Bannon’s War Room: Impeachment.

Especially troubling, he said, is what Durham is learning about what the FBI was still doing in January of 2017, after Trump had been elected President. They were still trying to take him down — even though, by this time, they knew they had no case against him. I’d call what they were doing to him a hideous bluff, designed to “get” him by going after his associates and also trying to goad him into any action they could call obstruction.

A Fight for Power

I mentioned yesterday that Attorney General William Barr, who appointed Durham, is focusing on former CIA Director John Brennan’s communications regarding the January 2017 Intelligence Assessment which concluded that Vladimir Putin worked to help elect Trump and damage Hillary Clinton during the 2016 election. Recall that Adm. Mike Rogers, now a cooperating witness for Durham, disagreed with Brennan and then-Director of National Intelligence James Clapper on that point, but that didn’t stop them from writing it up that way in the report. Rogers had also disagreed with them on the reliability of the Steele “dossier,” which Brennan pushed to include in the report.

Meadows called the impeachment debate a matter of both policy and power, with emphasis on the power. He said, “This is all about ‘are we going to let the American people, along with their representatives and the President of the United States, establish foreign policy, or are we going to let the intel and national security apparatus continue to do whatever they’ve done for years, which is not effective?’ That’s the reason why there was such a big pushback with Brennan and Clapper.”

In other words, who gets to run things: the duly-elected President and representatives, or the unelected and essentially unaccountable bureaucrats who think they know best? We got a taste of that arrogance during the House impeachment hearings, when State Department bureaucrats put their elitism on display. How dare this “President” Donald Trump go his own way instead of doing what we want him to do in Ukraine!

Here’s the whole Bannon podcast with Rep. Meadows’ interview. It gets going at around the 19-minute point. His message: “Their day is coming, I promise you.”

How the Steele Dossier Was Leaked

Something else of interest that Durham has surely seen in the IG report (though it’s buried in a footnote on page 176): British ex-spy Christopher Steele testified that he was “absolutely flabbergasted” when BuzzFeed published his Trump “dossier” after a staff member for the late Sen. John McCain shared it with them against Steele’s wishes. He’s not named in the report, but McCain staffer David J. Kramer has testified that he invited a BuzzFeed reporter to meet with him at the Washington, D.C., McCain Institute office about this highly imaginative piece of fiction and that the reporter took pictures of it without permission when Kramer left to go to the men’s room.

And how did Kramer get it? The Washington Post reported last February that after McCain had expressed interest in the (salacious and unverified) dossier, Fusion GPS had delivered it directly to Kramer. Just like that. Recall that Fusion GPS had been paid by Hillary Clinton’s campaign and the DNC (same thing) by way of the law firm Perkins Coie. According to the IG report, McCain provided then FBI Director James Comey with five separate reports relating to unsubstantiated allegations of Trump/Russia “collusion.”

Isn’t it amazing how much interest and credulity was generated by such a steaming pile of unverifiable hearsay? (I would add that, in a way, this is similar to the interest and credulity given to the worthless “hearsay” testimony in Schiff’s impeachment hearings. Anyone who might be able to damage Trump must be believed.) This all smells so bad, I have to hope that both Barr and Durham are equipped with industrial-size nose clips.

Finally, the refreshingly outspoken attorney Joe diGenova had plenty to say about accountability — all the way to the top — in an interview Tuesday on One America News. “There’s no doubt that Brennan was the primogenitor of the entire counterintelligence investigation,” he said. “It was John Brennan who went to James Comey and basically pummeled him into starting a counterintelligence investigation against Trump.” Brennan and Comey led the coup, he continued, adding, “People do not have the beginning of an understanding of the role that John Brennan played in this. He is a monstrously important person and I underscore monstrously important person. He has done more damage to the Central Intelligence Agency. It’s equal to what James Comey has done to the FBI.”

“You have to be an idiot” to think this was not a coup d’etat, he said, which, come to think of it, brings us full circle to the impeachment musings of Rep. Green.