If You Inherited a Fortune Today, Would You Be at Work Tomorrow? 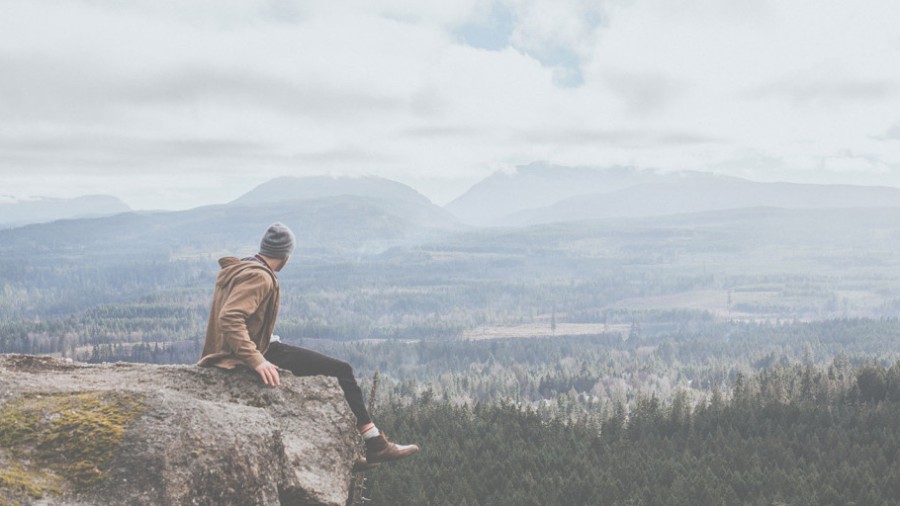 Editor’s Note: Hugh Whelchel’s seminal book, How Then Should We Work: Rediscovering the Biblical Doctrine of Work, is now available on Audible! The following is an excerpt from Chapter 1.

The arena was packed with over 5,000 business people attending a one-day motivational conference. They would listen to some of today’s greatest inspirational speakers including General Colin Powell, Dick Vitale, and Tony Robbins.

One of the speakers asked the assembled business leaders this question: “If you went home tonight and found that a long lost relative had died and left you 10 million dollars, would you be at work tomorrow?”

From all over the arena came a resounding “NO!”

The Majority of Americans Hate Their Jobs

The audience’s response is no surprise. A Gallup poll found that 77% of Americans hate their jobs. Another poll found that Americans hate their jobs more today than in the past 20 years; fewer than half say they are satisfied with their current job. With 50-hour-plus work weeks and long commutes, workers are spending more and more of their lives at work; yet many of them are unfulfilled and frustrated with their jobs.

Even for many Christians, work is often only a means to an end. Many Christians today have bought into the pagan notion that leisure is good and work is bad. They have also been misled by the sacred/secular distinction, which teaches that working in the church is the only “real” full-time Christian service.

Such an artificial division between sacred and secular has not always prevailed. The Reformers taught that all labor is noble if it is accepted as a calling and performed “as unto the Lord.” This truth has slipped dramatically in both today’s church and contemporary culture. Paul Helm in his book The Callings: The Gospel in the World, says:

Work is part of a Christian’s calling … this Biblical idea has had a profound influence in Europe and North America since the Reformation but has largely been forgotten, due to the eclipse of the influence of the Christian gospel from national life.

As followers of Christ, we must address our failure to live as His followers in the workplace and to think theologically about how we integrate our faith and our work. We must learn not just to work to live, but to live to work for the glory of God.

Live to Work — For the Glory of God

The doctrine of calling has fallen on hard times in the contemporary, postmodern world. Even people in the church speak of their “religious preferences” and “spiritual lifestyles” instead of their God-ordained duties, responsibilities and privileges. All evangelical Christians would acknowledge that all of life is to be lived under the comprehensive Lordship of Christ (Matt 28:18). Few, however, understand that even in our everyday work, the scripture teaches no separation between the secular and the sacred. No church-related work or mission is more spiritual than any other profession such as law, business, education, journalism or politics. All of our actions should be unified in obedience to God and for God’s glory (1 Cor 10:31; Col 3:17).

The Kingdom of God bears on every dimension of life, and agents of the Kingdom serve as salt and light (Matt 5:13-16) wherever the Spirit leads them. As we Christians live out our worldview in public life, we help reverse the erosion of truth in a number of different ways.

In the midst of the fragmentation of postmodern pluralism, Christians should see all things as unified in God’s overarching plan for the universe, summed up in the supremacy of Christ and his full calling on our lives. In this regard, Abraham Kuyper, the great Dutch statesman, theologian and journalist, made the famous statement, “There is not a square inch in the whole domain of our human existence over which Christ, who is sovereign over all, does not cry: ‘Mine!’”

Dorothy Sayers wrote extensively about the problem of work in England after the First World War. In light of where we are in the church today, her writing is prophetic:

In nothing has the Church so lost Her hold on reality as in Her failure to understand and respect the secular vocation. She has allowed work and religion to become separate departments, and is astonished to find that, as a result, the secular work is turned to purely selfish and destructive ends, and that the greater part of the world’s intelligent workers have become irreligious, or at least, uninterested in religion. But is it astonishing? How can anyone remain interested in a religion that seems to have no concern with nine tenths of his life? The Church’s approach to an intelligent carpenter is usually confined to exhorting him not to be drunk and disorderly on Sundays. What the Church should be telling him is this: that the very first demand that his religion makes upon him is that he should make good tables.

Our call to be salt and light in the world requires us to understand not only the dominant cultural forces shaping our environment but also how to use both our primary and secondary callings to positively promote God’s Kingdom. The church needs to be teaching lawyers, doctors, construction workers and parents homeschooling their children how to carry out their vocational calling from a truly Christian perspective.

Hugh Whelchel is Executive Director of the Institute for Faith, Work & Economics and author of How Then Should We Work? Rediscovering the Biblical Doctrine of Work. Hugh has a Master of Arts in Religion and brings over 30 years of diverse business experience to his leadership at IFWE.