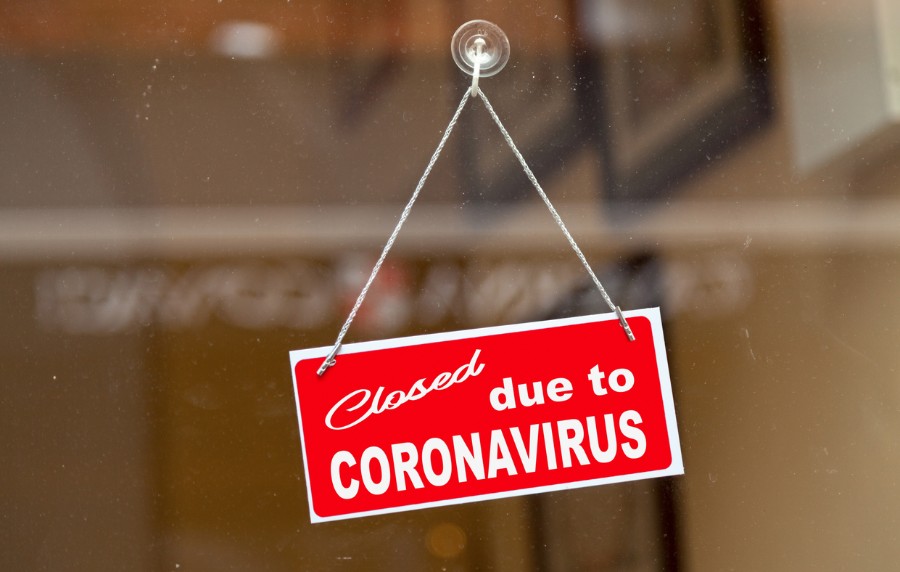 According to The New York Times’ coronavirus report, as of Sunday, April 19, 2:48 p.m. Eastern Standard Time, there were 35,676 COVID-19 deaths in the United States. Of those deaths, 18,690 were in the New York metropolitan area.

That means that more than half (52%) of all deaths in America have occurred in the New York metropolitan area.

What makes this statistic particularly noteworthy is that the entire death toll for 41 of the other 47 states is 7,661. In other words, while New York has 52% of all COVID-19 deaths in America, 41 states put together have only 21% of the COVID-19 deaths. And all the 47 states other than New York, New Jersey and Connecticut have less than half (48%).

Would New York Close Down?

Now let us imagine that the reverse were true. Imagine that Georgia and North Carolina — two contiguous states that, like the New York metro area, have a combined total of 21 million people — had 18,690 COVID-19 deaths, while metro New York had 858 deaths (the number of deaths in North Carolina and Georgia combined).

Do you think the New York metro area would close its schools, stores, restaurants and small businesses? Would every citizen of the New York area, with the few exceptions of those engaged in absolutely necessary work, be locked in their homes for months? Would New Yorkers accept the decimation of their economic and social lives because North Carolina and Georgia (or, even more absurdly, Colorado, Montana or the rest of what most New Yorkers regard as “flyover” country) had 18,960 deaths, while they had a mere 858?

It is, of course, possible. But I suspect that anyone with an open mind assumes that New Yorkers would not put up with ruining their economic and social lives and putting tens of millions of people out of work because of coronavirus deaths in North Carolina and Georgia, let alone Montana and Idaho (and, for the record, I would have agreed with them).

Even more telling, the media, which controls American public opinion more than any other institution, including the presidency and Congress — but not churches and synagogues, which is why they loathe evangelicals, traditional Catholics, faithful Mormons and Orthodox Jews — would not be as fixated on closing down the country if it were killing far more people in some Southern, Midwestern, Mountain or Western states than in New York City.

The media is New York-based and New York-centered. New York is America. The rest of the country, with the partial exception of Los Angeles (also a media center) and Silicon Valley, is an afterthought.

The Ones Who Don’t Exist

Having grown up and attended college and graduate school in New York, and having lived in three of the city’s five boroughs, I know how accurate the most famous New Yorker magazine cover ever published was. The cover’s illustration depicted a New Yorker’s map of America: New York City, the George Washington Bridge and then San Francisco. The rest of the country essentially didn’t exist.

One would have to visit people who had never left their rural village in a developing country to find people more insular than New York liberals, which is what nearly all New Yorkers are.

One of the turning points of my life occurred when I was 24 years old and went to give a talk in Nashville, Tennessee. My assumption, having lived all my life in New York, was that I would be meeting and talking to what essentially amounted to country bumpkins. Not only were they not New Yorkers; they were Southerners.

What I found instead was a beautiful city with kind and highly sophisticated people. No one I met was as cynical as most New Yorkers, who confuse cynicism with sophistication. It was on that trip that I decided to leave New York. When I moved to California two years later, my friends, and every other New Yorker I spoke to on visits back to New York, asked why I left and when I was coming back. To most New Yorkers, to leave New York is to leave the center of the world; it is leaving relevance for irrelevance.

In his latest column, New York Times columnist Thomas Friedman inadvertently revealed how New York-centric his view of America is. Friedman, like virtually all his colleagues at The New York Times, opposes opening up any state in America at this time. He writes: “Every person will be playing Russian roulette every minute of every day: Do I get on this crowded bus to go to work or not? What if I get on the subway and the person next to me is not wearing gloves and a mask?”

Only a New Yorker would write those two sentences. In the 40 years I have lived in the second-largest city in America, I have never ridden on the subway or any other intraurban train or bus. In fact, it is common for New Yorkers to look at Los Angeles with disdain for our “car culture.” Like the vast majority of Americans everywhere outside of New York City, in Los Angeles, most of us get to work, visit family and friends, and go to social and cultural events by car — currently the life-saving way to travel — not by bus or subway, the New Yorker way of getting around.

But Friedman is a New Yorker, and because his fellow New Yorkers walk past one another on crowded streets and travel in crammed buses and subway cars, South Dakotans should be denied the ability to make a living.