If God Became a Man, Can a Man Become a Woman? 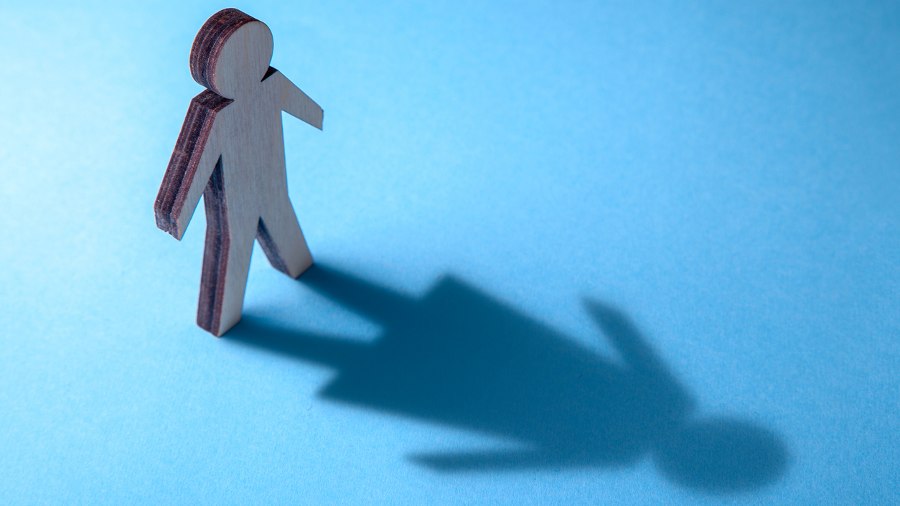 Does Christian theology support transgender ideology? You wouldn’t think so, but someone recently tweeted, “If you believe God became a human, then you can believe someone can be a different gender than what they were assigned at birth.” Seems simple enough. God changed, so why can’t we? What’s the problem?

This is a single tweet, so why bother answering it? Though it seems like an isolated challenge, it’s worth addressing for three reasons. First, it’s a popular tweet with thousands of likes and retweets. Second, it represents the increasingly common but errant view that Christian theology provides a safe harbor for transgender ideology. Third, it’s good mental practice to see a tricky challenge and learn how to evaluate it and respond.

The more immediate problem with his tweet is the claim that believing in the incarnation lends credibility to believing transgender ideology. That doesn’t follow.

Christians who uphold a biblical anthropology read the tweet and know that something is amiss but often struggle to identify the problem. It’s easy to be taken aback by a simple slogan and not know how to respond. Why? The tweet trades on a different dictionary. The author defines the terms differently than you. When you clarify the meanings, though, the solution becomes apparent. Three terms in this tweet demand definition: “God became a human,” “gender,” and “assigned at birth.” Those three terms entail almost the entire tweet, which explains why this challenge seems so mystifying.

Defining terms is always essential to a conversation because you don’t want to talk past each other. In this case, it’s even more critical because the tweet compares two things: the incarnation and transgender ideology. The only way the tweet works is if the two things being compared are parallel. I recognize that in any comparison, it’s not fair to expect everything to be parallel. There will always be areas of similarity and dissimilarity. I get that. In this case, however, the details of what’s being compared need to be parallel in relevant ways. They are not, however.

First, let’s clarify the claim that “God became a human.” This phrase is theologically imprecise. I understand the author is trying to make a general reference to the incarnation. By being overly simplistic, though, he ignores the theological nuance he needs in order to see that his point is unsound. In the incarnation, God does not become human. That’s not orthodoxy. God doesn’t change his nature and become something else. While remaining fully God, the second person of the Trinity (the Logos), adds human nature to himself in the person of Jesus. God’s divine nature, however, doesn’t change.

The problem with this reasoning is twofold. First, just because God can do something, it doesn’t mean a human can as well. In fact, the opposite is true. God’s miraculous activity is just that — supernatural — something mere mortals are impotent to do. Second, as we clarified, God does not become human but merely adds a human nature. That’s different, and the details matter. A transgender person claims they can change their gender from the one they were born with. God doesn’t change in that way, and therefore, it’s not evidence that a person can change their gender, either. Of course, what is meant by “gender” is precisely another key question.

Second, let’s clarify the term “gender.” Throughout the history of human civilization, gender was synonymous with biological sex. When filling out a form, the only options for gender were “male” and “female.” In that sense, gender is determined at conception and is immutable. That’s not what the author of this tweet means, though. He’s using “gender” to mean gender identity — what a person psychologically believes is their gender. Gender identity — because it’s psychological — can differ from a person’s biological sex. So, when we read “gender,” we interpret it as a reference to biological sex, but the author of the tweet is referring to gender identity.

Given his definition of gender, it’s no surprise he believes a person can “be a different gender” from their biology. After all, he thinks it’s merely a change in one’s psychological belief about oneself. In that sense, there’s nothing controversial about such a claim. The tweet, though, contrasts gender identity with another phrase that needs to be explained.

Third, let’s clarify what is meant by “assigned at birth.” If you define “gender” as a psychological belief, then of course no doctor (or parent) can know babies’ beliefs when they’re born. That’s why modern gender theorists say gender is “assigned at birth.” We’re told adults assume and assign gender identities until children grow up and decide for themselves. If, however, gender is defined as biological sex (how it’s been historically understood), then no doctor assigns a child’s gender. When a child is born, they simply present as either male or female.

I’d also add that the phrase “assigned at birth” has no relevance to the incarnation (though I’m not suggesting the author is making this claim). The second person of the Trinity was never “assigned” divinity and then later realized his true human identity. To suggest this phrase is relevant to the incarnation is not only anachronistic but also represents a misunderstanding of Christology.

Now that we’ve defined the author’s terms (and contrasted them with how they’ve been historically understood), it’s easy to see how he believes what he’s saying. I agree that, according to his definitions, a person can have a gender identity (a psychological belief) that is different from their biological sex. There’s nothing controversial about that.

The problem with his tweet is that he appears to adopt modern gender definitions and believes transgender ideology is legitimate. Although he’s entitled to his opinion, I’d argue it’s inconsistent with a Christian worldview. That’s to say nothing of the question of whether transgender ideation — like the incarnation — is good and healthy. That’s an additional claim that needs to be supported.

The more immediate problem with his tweet is the claim that believing in the incarnation lends credibility to believing transgender ideology. That doesn’t follow. It takes little effort to believe God can add a human nature to his divine Son since God is God and can do the miraculous. After all, he created the universe out of nothing. It’s no sweat to incarnate his Son.

The problem with accepting transgender ideology has nothing to do with a person’s capacity (or incapacity) to believe that a person can have a gender identity that is different from their biology. That doesn’t require any effort because there’s nothing incredulous about it. The problem is, the tweet conflates theological and gender terminology and uses it to pressure Christians to support transgender ideology. There’s no connection between the two, though. Instead, the author has found a way to loosely compare two things that resemble one another while ignoring their significant differences. As long as people pick up on the similarities, they herald the idea.

I hope this example illustrates the problem with how our society works through ideas. Someone posts a pithy tweet that’s rhetorically persuasive. It only takes seconds to write. The problem is that it often takes time and energy to unpack the claim, define the terms, and clarify the point. Unless someone is willing to put in the hard work of a sustained analysis, they’re not likely to discover the message is bereft of merit. They’ll just read the post and be persuaded, especially if it conforms to what they already believe. Although that’s where we are as a society today, it doesn’t mean you have to approach challenges the same way.