If America Is So Racist, Why Are There So Many Race Hoaxes? 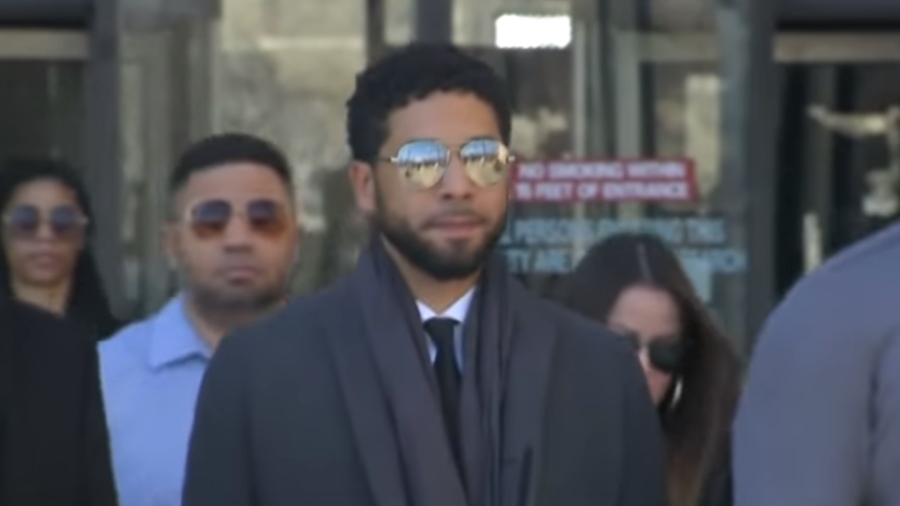 "Empire" actor Jussie Smollett claimed he was attacked by white racists, but police officers later discovered he'd perpetrated the so-called hate crime on himself. His hoax cost the city of Chicago over $130,000.

As I wrote nearly three years ago: “Perhaps the second greatest libel — and certainly the most widespread — is that America is a racist country that oppresses its minorities and women. We can call it the American Libel.” (The greatest libel was the infamous blood libel, the fabricated charge spread in Europe for hundreds of years by Christian anti-Semites that Jews kill Christian children to use their blood to bake matzos — unleavened bread — for Passover.)

But if America is so racist, why are there so many race hoaxes? Virtually every time we read about a swastika painted on a door, or a noose hanging from a tree to taunt blacks, it turns out to be either a false alarm or, more frequently, a hoax.

Here are a dozen examples:

No. 2: UC San Diego library noose (2010): “Student apologizes for noose in UC San Diego library” (Los Angeles Times). A “minority student” was responsible for placing the noose in the university library. Previously, the Associated Press had reported, “Anger boiled over on the University of California San Diego campus today, where students took over the chancellor’s office to protest the hanging of a noose in a campus library.”

University President Nancy Targett had earlier announced, “We are both saddened and disturbed that this deplorable act has taken place on our campus.”

No. 5: The LSU noose (2015): It was widely reported that a noose was sighted at Louisiana State University leading to protests against racism there. It was later reported, “LSU said a picture of what appeared to be a noose hanging from a campus tree Thursday was not what it appeared to be” (WBRZ).

No. 6: University at Albany (2016): “A state appeals court has upheld the University at Albany’s expulsion of a woman who along with two friends falsely claimed to be the victim of a racially motivated attack on a CDTA bus in January 2016” (Times-Union). The three black women had attacked a white woman and then claimed they had been racially attacked.

“The day after the 2016 election, Eleesha Long, a student at Bowling Green State University — about 90 miles west of Oberlin — said that she was attacked by white Trump supporters, who threw rocks at her. Police concluded that she had fabricated the story” (City Journal).

No. 8: Dreadlock cutting hoax (2019): “A black student at a Christian school in Virginia who accused three white sixth grade boys of cutting her dreadlocks and calling her ugly now says she was lying about the attack” (NBC).

No. 9: Jussie Smollett (2019): In one of the most notorious hoaxes, actor Jussie Smollett claimed he was attacked by white racists in Chicago on a freezing night. The story was a hoax. The “noose” was a rope his two co-conspirators had purchased for staging the “attack.”

No. 10: Oakland’s Lake Merritt (2020): After the city of Oakland launched a hate crime investigation regarding a noose hanging from park trees, Victor Anari Sengbe, a black man, tweeted: “It’s not a noose, this guy climbed the tree and put up the rope for a swing months ago, folks used it to exercise … IT’S NOT A NOOSE.”

Nevertheless, Oakland Mayor Libby Schaaf then tweeted, “Intentions do not matter. We will not tolerate symbols of hate in our city. The nooses found at Lake Merritt will be investigated as hate crimes.”

No. 11: NASCAR (2020): A “noose” was found in the Talladega, Alabama, racetrack garage assigned to black NASCAR driver Bubba Wallace. FBI investigators determined it to be one of several such ropes placed sometime the year before in Talladega garages as door pulls, long before that garage was ever assigned to Wallace. But Wallace continued to maintain it was, in fact, a noose.

No. 12: University of La Verne (2020): “Racist Threats and Attacks that Rattled a California University Campus Were Faked, Police Say” (Newsweek).

There is not enough space in a column to cite all the hoaxes and mistaken charges of racism in recent decades. Interested readers can also look up: a hoax perpetrated by Fynn Arthur, a black student at Goucher College in 2018; Samantha Wells, a black student activist, who was responsible for a racist threat she left on her own car at St. Olaf College in 2017; and the hoax perpetrated by three black Oberlin students, Jonathan Aladin, Endia Lawrence and Cecelia Whettstone, who claimed racial profiling at Gibson’s Bakery, which, after serving Oberlin for over 100 years, was nearly put out of business by the false claims.

Here’s why this is so important. If there were a lot of racism, there would be no need for hoaxes. No Jew in Germany in the 1930s made up an anti-Semitic hoax. No Jewish shop owner ever made up a charge that a Nazi hurled a rock through his store window. The reason? None was needed. Nazi hatred against Jews was real. It didn’t have to be faked. To convince people that America is racist, you have to fake it.