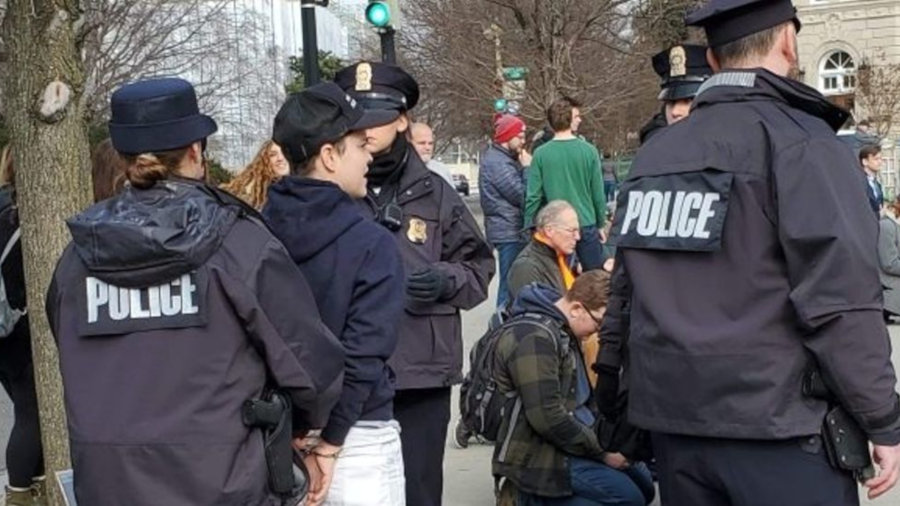 Robert Morris University junior Selene Cerankosky told the Daily Caller News Foundation that she had finished the March for Life and was standing in a crowd outside the Supreme Court when a protester approached her. The protester was dressed in a dark sweatshirt and white pants that had “caked blood on them on the crotch area,” Cerankosky said.

“She kind of reminded me of an ANTIFA protester,” Cerankosky explained, noting that the protester, who Cerankosky thinks was female, may have been from the groups Reproaction or Abortion Access Front as both of these groups were protesting in front of the Supreme Court on Friday. Neither group responded to the DCNF’s requests for comment.

“She got very close to me,” Cerankosky said. “We were probably within three inches of each other space as she was being rather aggressive trying to get me out of the way and I just kind of stood still. And then she told me to back up.” 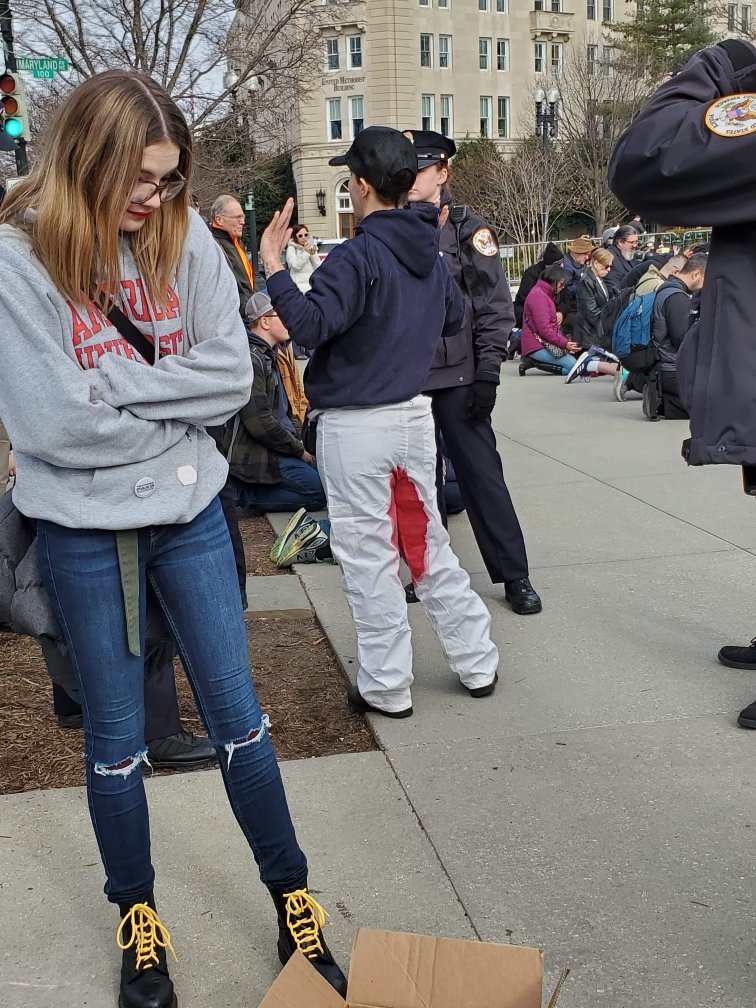 Pictured is the protester. Photo courtesy of Selene Cerankosky

“Her exact words were ‘back up or I will’ and then an expletive ‘slit your throat,’” the student said, adding that she was “kind of shocked at first.”

Cerankosky said she did not back up.

“I was standing my ground to make a point,” she said. “I think if you submit to their demands they’re going to realize it works and keep doing that. And I wouldn’t want that to happen to somebody very new to doing pro-life work and be absolutely terrified.”

“I’m a pretty stubborn person as it is, so I wasn’t really gonna move,” Cerankosky added. “But the fact of the matter is I wasn’t touching her. I was in my space first.”

The student eventually turned her back on the protester and made her regional coordinator, Stephanie Stone, aware of the incident.

Stone reportedly found the nearest police officer, who then approached the protester. Cerankosky said she could not hear what went on, but saw the police officers lead the protester away in handcuffs. Capitol Police did not respond to the DCNF’s request for comment. 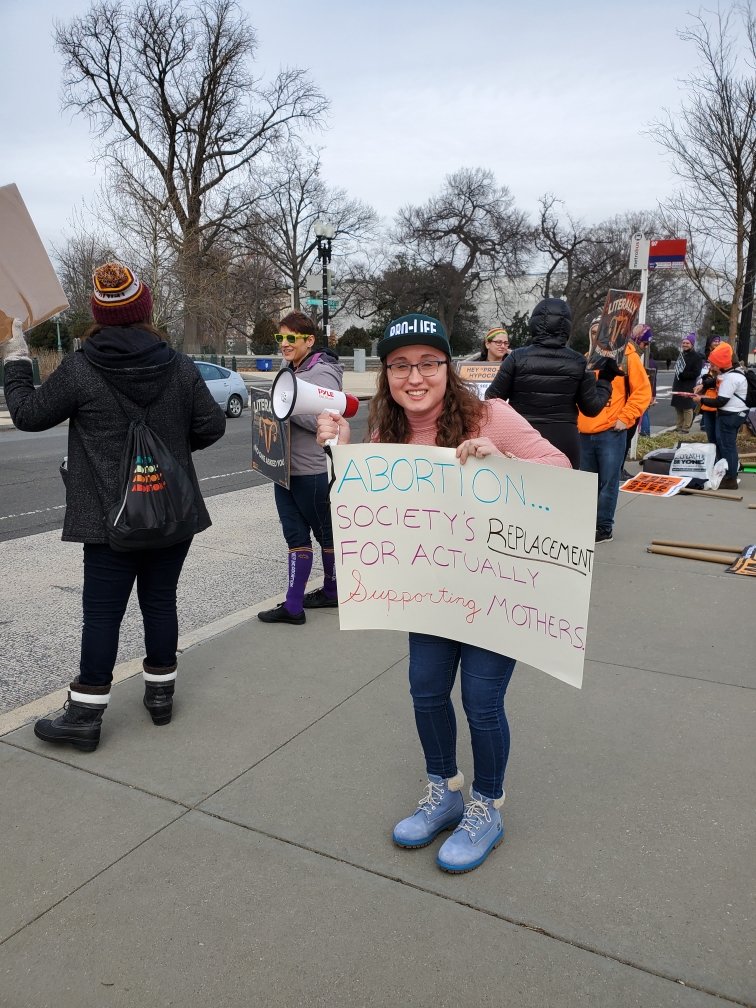 “I don’t like to take threats lightly,” Cerankosky said. “However, I don’t think I took it seriously enough to run away because I didn’t.

“She was dressed in all black. She kind of reminded me of an antifa protester,” she continued. “I don’t know if that’s what she was, but they have, you know, a very common propensity to be violent.”

Students for Life President Kristin Hawkins said in a press statement that threats like this “emphasize the utter desperation of the abortion movement in our nation.”

“Their abortion facilities are closing their doors, the abortion numbers are dropping, and this generation increasingly knows the truth about the violence of abortion,” Hawkins said.

Students for Life noted in a press release that pro-abortion protesters “also poured water into the SFLA megaphone trying to silence our voice.”