‘I Was Trying to Get Out the Way’: Portland Protesters Attacked a Man and Woman After Their Truck Crashed 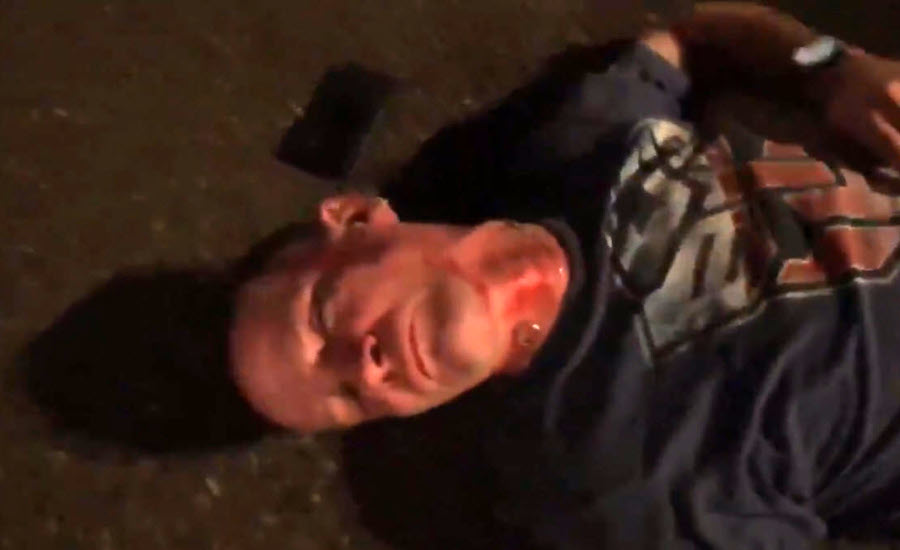 Protesters attacked a man and a woman in Portland, Oregon, Sunday night around 10:30 p.m., the New York Post reported.

Protesters surrounded the man’s truck before attacking him and a woman, the Post reported. The man reportedly hit a light pole while attempting to drive away from the protesters who chased his truck.

The mob drug the man out of his truck and beat him on the ground until he was unconscious, the Post reported. The protesters allegedly hit the woman before tackling her to the ground.

“I ain’t tryna hurt no one,” the man told the protesters, the Post reported. “I was trying to get out the way,” the man added.

“He didn’t do nothing,” someone said as the man was punched while still sitting in his truck, the Post reported.

Editor’s note: the video contains profanity and graphic imagery of an unconscious man who has been assaulted.

GRAPHIC: With the streets in downtown Portland occupied by BLM & antifa rioters, a man crashed his car. The mob pulled him out & beat him senseless in front of the passenger. He’s bleeding & unconscious. No police. Video by @livesmattershow. #PortlandRiots pic.twitter.com/jjnt5dUeb8

As protesters reportedly left to watch another altercation, someone kicked the man in the back of the head rendering him unconscious, the Post reported.

“What the f— is you talkin’ about n—–,” the protester said to the unconscious man, according to the Post.

Videos of the incident show the man lying unconscious and bleeding from the back of his head while protesters reportedly held back a crying woman and went through his truck, the Post reported.

A hostile crowd met Portland police officers at the scene of the incident, according to a statement issued by the Bureau. The man sustained serious injuries and was taken to the hospital.