‘I Was Seeing Demons’: Ex-Satanist Almost Took His Own Life Before Christ Broke Through 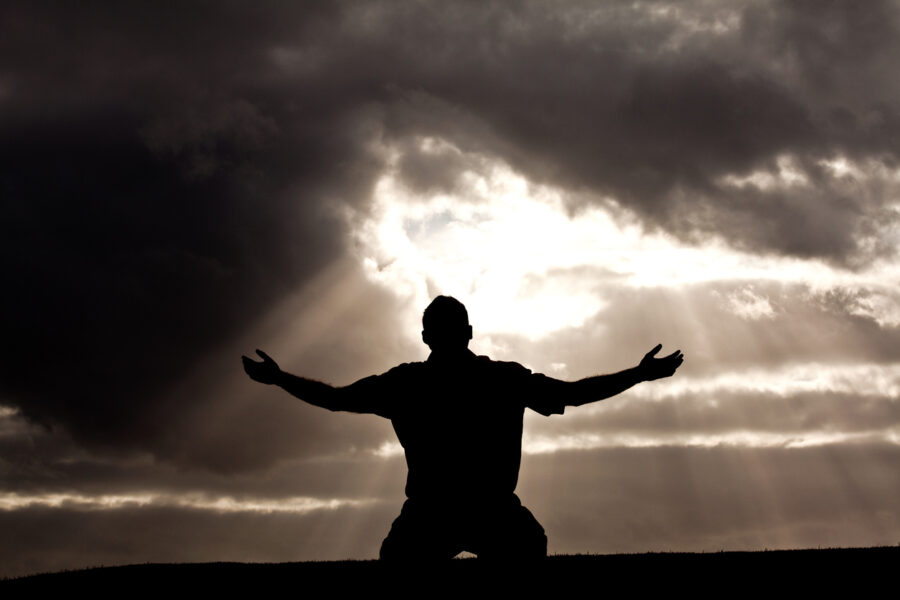 “I found myself giving myself to Satan.”

That’s not an admission one would expect to hear from a preacher, but Ben Atkins wasn’t always a believer. In fact, the U.K.-based pastor went through quite a harrowing journey — one that took him into the bowels of a Satanic worldview before he discovered hope in Christ.

“This is my story. These are my experiences,” Atkins recently said on “The Playing With Fire” podcast, noting his story involves “supernatural things” and that he is careful not to go beyond what he experienced and what he sees in Scripture. “I’m quite hesitant to go beyond what the Bible says, what Jesus taught, and my experience. That’s really all I can share with any sort of authority.”

Atkins described growing up in a chaotic household that looked comfortable from the outside — a scenario he likened to the “English equivalent of the American Dream.” But beneath the surface was a lot of trauma and distress, leaving him “questioning everything” at an early age.

Despite being raised in a Christian environment, Atkins said his parents’ faith had begun to flicker. And with his experiences in the church becoming overtly negative, he began to turn away from belief.

Listen to Atkins share his journey from Satanism and chaos to Christ:

“They had no place for suffering, no place for really vulnerability or weakness and much less for the supernatural power of God,” he said of his early years in the church. “It was a church that didn’t believe in the God at work today through anything other than the Bible, and so what I experienced in church just didn’t shine with life.”

A disenchanted Atkins started on his own path, diving into “sex, drugs, alcohol,” and other vices. Spiritually, he also began to experiment with non-Christian meditation and other such practices — all in an effort to find something he was so desperately desiring.

“All I can say is I had this deep craving in me to connect with my suffering and have it acknowledged,” he said. “And that’s what led me to explore some really dark ways of living.”

“I’ve never set out to be a Christian. I’ve just wanted life and truth,” he said. “And that’s what led me into the arms of Jesus.”

“I’d already been … doing certain rituals with friends to harness the power around me or within me or, or whatever,” he said. “I had friends who, I guess they would say they were witches or whatever.”

A Path Was Opened

Once that pathway was opened, Atkins didn’t stop walking down the perilous path.

As he dove deeper into the spiritual abyss, he recalled having the desire to carve a pentagram into his chest, among other actions. The young man suddenly found himself moving closer to Satan, believing that, if God existed, He couldn’t possibly be who He said He was due to the inauthenticity and chaos Atkins saw in the church.

He recalled thinking, “All of this Satanic stuff and the witchcraft makes more sense of my life and actually offers me a better way forward.”

Tragically, despair followed, as did intensifying, negative spiritual experiences. Eventually, he said he started experiencing messages from Satan — interactions that elevated with time.

“One morning … he was at the end of my bed and he said to me, ‘You’re gonna finish your [end of college] exams and then you’re gonna die,'” Atkins recalled. “I woke up and, for me, that was just the worst thing I could possibly hear.”

Rather than retract from Satanism, Atkins started trying to bargain with the devil to avoid dying, pledging to hurt others or even himself, among other wagers, in an effort to stave off Satan’s proclamation over his life. But he was granted no reprieve.

‘I Was Seeing Demons’

“I was seeing demons, and demons were, like, coming to me and entering me,” he said. “I just became more and more depressed.”

Atkins continued, “It was at that point I started planning how to kill myself, because I didn’t see a way out. I thought, ‘Well, either Satan’s gonna kill me, or I am. So I’d rather at least seize back one last bit of power.'”

But then the unexpected happened: Atkins found Jesus after being invited by his sister’s friend to a Christian event. At first, the biblical messages being heralded made him angry, especially as he observed people who loved God and were overtaken with happiness.

In the midst of that frustration, though, a man came over and started praying over Atkins — and something immediately broke through his heart and soul.

“He put a hand on my shoulder, started praying for me in tongues, and, in that moment, I felt the most incredible rush,” he said. “All the things I’d been up to in life, I was chasing highs and trying to feel lows, and that peace that I felt was higher than any high I’d ever felt.”

Atkins said the encounter touched him at a “deeper level” than anything else he had experienced before.

“I’ve never set out to be a Christian. I’ve just wanted life and truth,” he said. “And that’s what led me into the arms of Jesus.”

Atkins went on to receive deliverance and became a preacher. He’s now planting churches across the U.S. and U.K., sharing the Gospel as well as his story of healing.

Listen to his incredible journey on “Billy Hallowell’s The Playing With Fire Podcast” here.