I Was a Black Teen in the ’60s. Don’t Believe Left’s Lies About ‘Jim Crow’ Election Reform 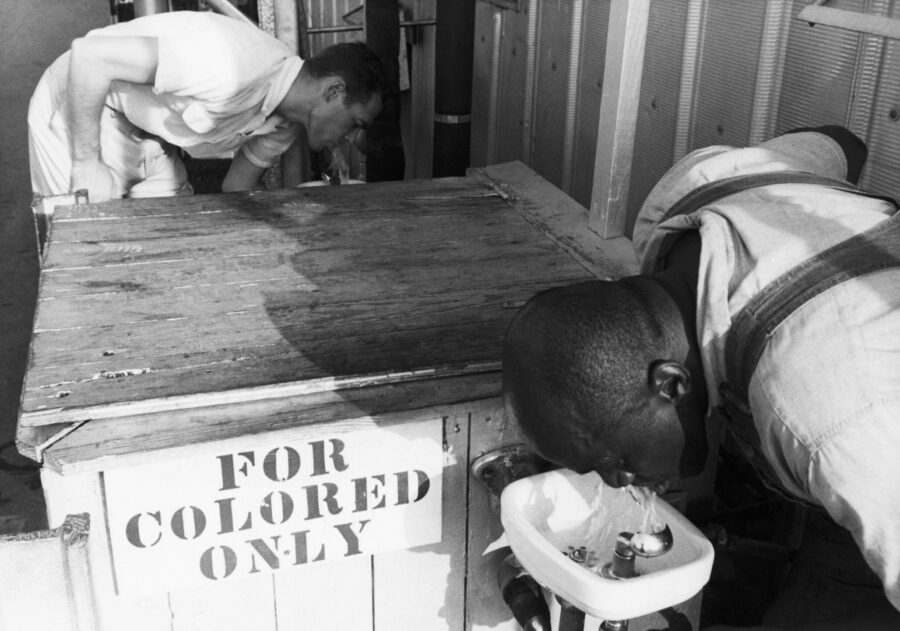 Segregated drinking fountain in use in the American South. Undated photograph.

The right to vote is one of the most sacred rights that we as free citizens can exercise.

Yet today, far too many Americans have lost trust in the fairness of our elections.

Yet, amazingly, some of those commonsense laws have come under attack from the left and a biased news media.

The falsehoods and outright lies are appalling.

Growing up as a black teenager during the 1960s, I knew the tremendous sacrifices and dangers that my friends and relatives endured to secure the right to vote for black Americans.

So, let me be clear: I have zero interest in disenfranchising or suppressing the vote of any portion of the population.

But that’s not what’s happening in Georgia or other states pursuing election reforms. Don’t let anyone tell you otherwise.

Using Scare Tactics to Pass a Federal Takeover of Elections

The left’s lies are a scare tactic. They are an attempt to rally support for a bill currently in Congress, ironically called the “For the People Act,” or HR 1, which would only make things worse.

HR 1 would create a federal takeover of elections and force changes to election laws that would actually allow for greater fraud and election tampering.

It would allow illegal votes to cancel out legal ones. It would diminish the very voting rights that my relatives in the 1960s, the women suffragists of the early 1900s, and all the men and women of the armed forces throughout our history fought so hard to gain and protect.

HR 1’s proposed changes to election laws do exactly the opposite of creating trust.

Under HR 1, no one has to prove they are who they say they are in order to vote. It automatically adds noncitizens to voter registration rolls and outlaws safeguards that prevent people from voting twice.

And that’s just scratching the surface of this terrible law.

HR 1 isn’t for the people; it’s about creating more power for the politicians.

You can learn more about the problems with HR 1 at Heritage.org.

Free and fair elections are the cornerstone of our republic, and every citizen, no matter their political persuasion, must be able to trust the voting process and its results.

The very future of our nation depends on it.

Kay C. James is president of The Heritage Foundation. James formerly served as director of the U.S. Office of Personnel Management and as Virginia’s secretary of health and human resources. She is also the founder and chairman of the board of The Gloucester Institute.